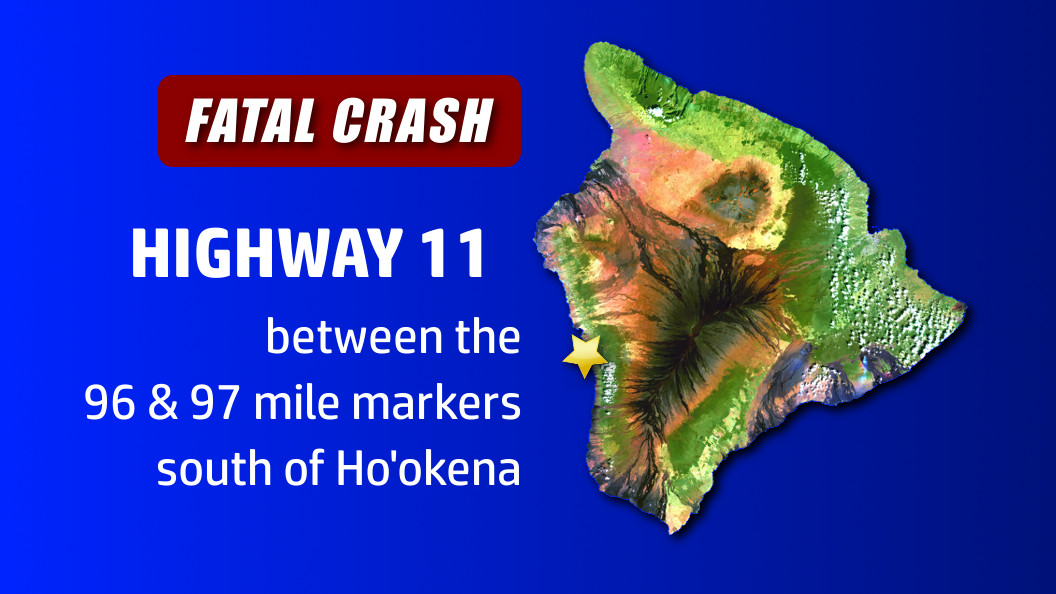 Highway 11 Closed In South Kona Due To Traffic Accident

HO'OKENA (BIVN) - Motorists are advised to avoid the area and use alternate routes if possible, police stated. No detour is available.

HO’OKENA, Hawaii – Highway 11 is closed between the 96 and 97 mile markers south of Ho’okena due to a traffic accident.

UPDATE (7:25 a.m.) – A 34 year old woman died in the crash. She was pinned in the driver side of a small compact car, fire officials say.

Fire officials say it was a head on collision, leaving severe front end damage to both vehicles.

A 66 year old male and a 63 year old female were in injured in the other vehicle; a mid size truck, fire officials say. First responders found the “male party pinned in driver side, female laying on road.” They were transported to Kona Hospital.

At 9:30 p.m. HST, the Hawaii County Police Department said the South Kona highway was expected to be closed for approximately the next 4 hours. “Motorists are advised to avoid the area and use alternate routes if possible,” officials stated. No detour is available.