Kailua-Kona (BIVN) - An estimated 3,000 people marched in Kona as a sister event to the many demonstrations held around the world on Saturday.

KAILUA-KONA, Hawaii – Another large Hawaii Island march took place in Kona on Saturday as a sister event to the Women’s March on Washington, one day after the inauguration of President Donald Trump.

Thousands marched in Hilo a few hours prior. Some called it the largest demonstration ever seen in the East Hawaii town.

The Kona march began after a 3 p.m. gathering on the makai side of Queen Ka’ahumanu Highway just south of Henry Street. Participants headed north, down Palani Road to the Edible Institute where the march came to an end, and a rally began. 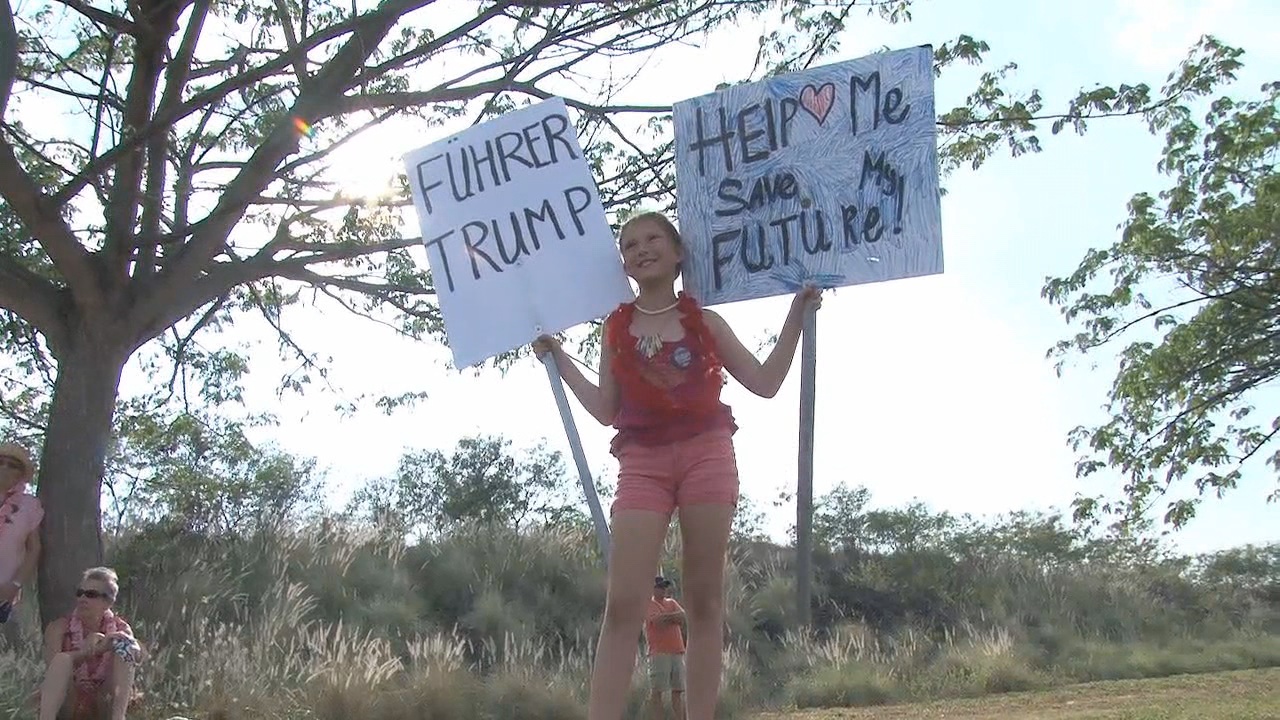 Image from video by Lynn Beittel of Visionary Video.

According to the mission statement posted to the Kona mach Facebook page, “the rhetoric of the past election cycle has insulted, demonized, and threatened many of us – women, immigrants of all statuses, those with diverse religious faiths particularly Muslim, people who identify as LGBTQIA, Native and Indigenous people, Black and Brown people, people with disabilities, the economically impoverished and survivors of sexual assault. We are confronted with the question of how to move forward in the face of national and international concern and fear.”

“In the spirit of democracy and honoring the champions of human rights, dignity, and justice who have come before us, we join in diversity to show our presence in numbers too great to ignore,” the statement continues. “The Women’s March on Washington will send a bold message to our new administration on their first day in office, and to the world that women’s rights are human rights. We stand together, recognizing that defending the most marginalized among us is defending all of us.”

Big Island Video News will have more on this march and the march in Hilo.