HILO (BIVN) - Many called the event the largest demonstration ever seen in Hilo, Hawaii, on President Donald Trump's first full day in office.

HILO, Hawaii – A Sister March in support of the Women’s March on Washington was held in Downtown Hilo on Saturday.

Thousands gathered at the Mo’oheau Bandstand at 10 a.m., rallying around music and speeches before taking to the street.

The crowd was large; some called it the biggest they had ever seen gathered for a demonstration in Hilo. The line was continuous, stretching along the route from the start at the bandstand, down Mamo Street, across Keawe Street, makai on Wainuenue and back down Kamehameha Avenue. Participants were finishing the march before everyone had even started.

The streets were blocked to vehicular traffic only at certain crosswalks. For the most part, the marchers stuck to the sidewalks. The Hawaii County Police provided some assistance. 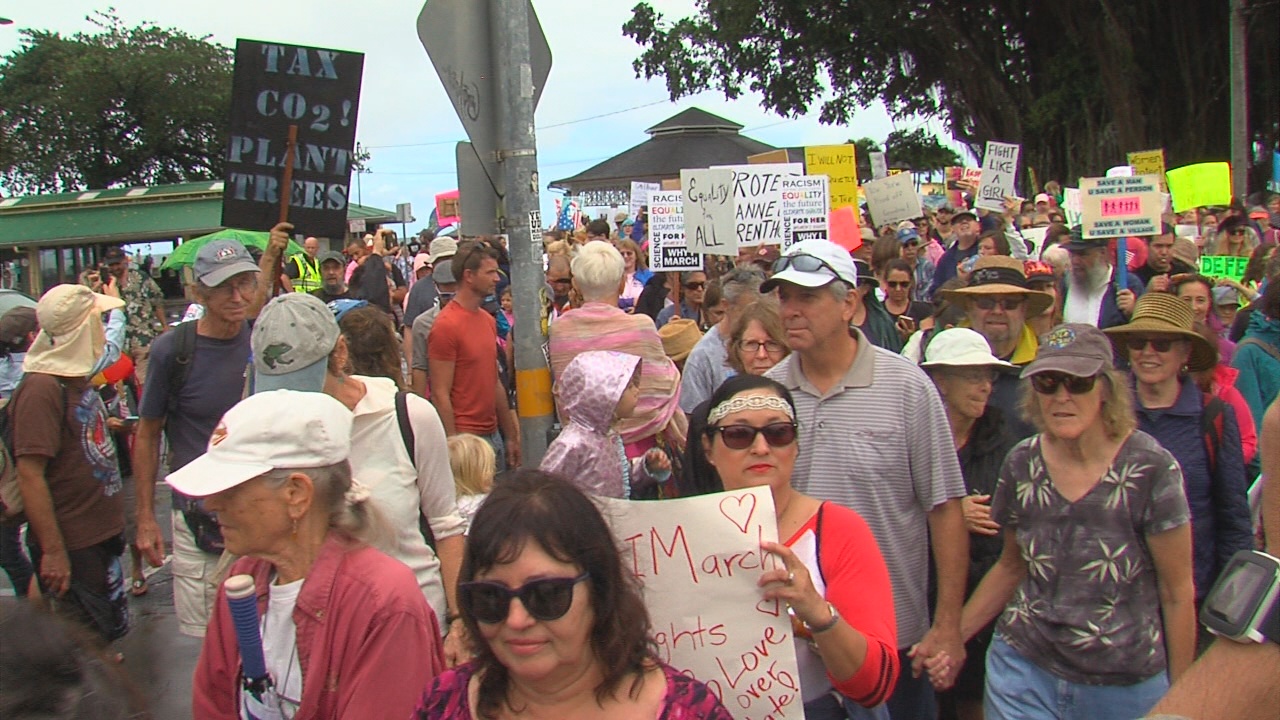 The Women’s March on Washington “is a women-led movement bringing together people of all genders, ages, races, cultures, political affiliations and backgrounds on January 21, 2017, to affirm our shared humanity and pronounce our bold message of resistance and self-determination,” the website for the Hilo event states. The movement is in response to the United States political situation.

On Friday, January 20, Donald Trump was sworn in as the 45th president of the United States.

Big Island Video News will have much more from this event, including interviews and speeches.