HONOLULU (BIVN) - A projected $330 million loss in revenues will force Hawaii's top executive to revise the budget to "reflect the changing economic forecast." 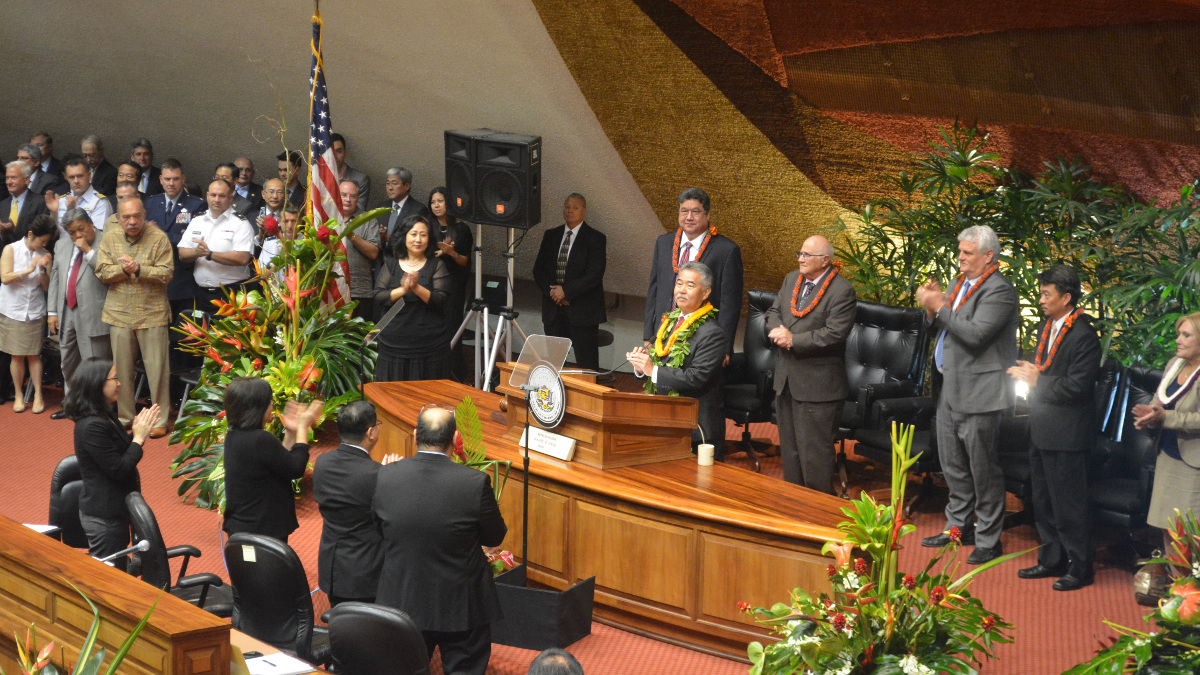 HONOLULU, Hawaii – Recent changes in revenue projections were mentioned in Governor David Ige’s state of the state address on Monday.

“A month ago, the revenue forecast for the current fiscal year was a robust 5.5 percent increase,” the governor told Hawaii’s assembled 29th state legislature. “Two weeks ago it was reduced to 3 percent, resulting in an anticipated loss of more than $330 million over the biennium.”

“Actual revenues collected for the first half of the year grew by less than 1 percent, signaling that growth in our economy has slowed,” Ige said. “The economic assumptions upon which the budget was based have changed, and we will have to make adjustments.”

Ige said he appreciates “how tough” the jobs of Senate Ways and Means chair Jill Tokuda and House Finance Chair Sylvia Luke are, and will soon be submitting his budget revisions.

“So, I will be submitting adjustments to our budget that reflect the changing economic forecast and ensure that we live within our means,” Ige said.

“I will be submitting a proposal to phase-in increased payments to the retirement system to ensure that we can keep our promises to our retirees in a responsible way,” Ige added, as negotiations continue with collective bargaining units. “And while I will be planning for fair wage increases for all our public employees, we cannot presuppose what agreement will be reached. That would neither be fair nor appropriate.”

In a statement issued after the address, House Speaker Joseph Souki said he was happy the governor spoke of making adjustments to the administration’s proposed state budget.

“We need to collaborate to get this done. He’ll have to make some (budget) adjustments, but for the foreseeable future, the economy doesn’t look bad,” said Souki.

According to the House media release, Souki said even though the Council on Revenues predicts less tax income for the state in the near future, the three basic elements of our economy – tourism, military support and construction – all are performing strong right now.

Governor Ige’s speech also focused on transforming Hawaii schools, reshaping the economy using technology and innovation, addressing homelessness and building more affordable homes, and making government more efficient “so that it can continue to work for the people.”