HAWAII VOLCANOES NATIONAL PARK (BIVN) - Tourists can be seen clambering along the cliff to get up close to the "fire hose", at great risk to their lives.

HAWAII VOLCANOES NATIONAL PARK – A video recorded at the spectacular lava “fire hose”, pouring into the ocean at Hawaii Volcanoes National Park, also reveals tourists who are placing themselves in great danger.

The video, shot by John Tarson of Epic Lava Tours at a safe distance, shows a couple of tiny figures climbing on the steep cliff near the Kamokuna ocean entry. Behind them, tremendous littoral explosions launch spatter into the air and the top of the cliff.

Large chunks of the cliff fell into the ocean when the delta collapsed on New Year Eve, which led to the exposed lava tube and the current “fire hose” display. Scientists say the entire face of the cliff remains highly unstable and could collapse into the ocean again.

While the hikers in the video give scale to the size of the lava flow, they are also in grave danger. The ocean entry is the most dangerous part of the flow field, scientists say, and the National Park Service has established a proper viewing area (noted by yellow arrow in photo below) from which the ocean entry can be seen in relative safety. 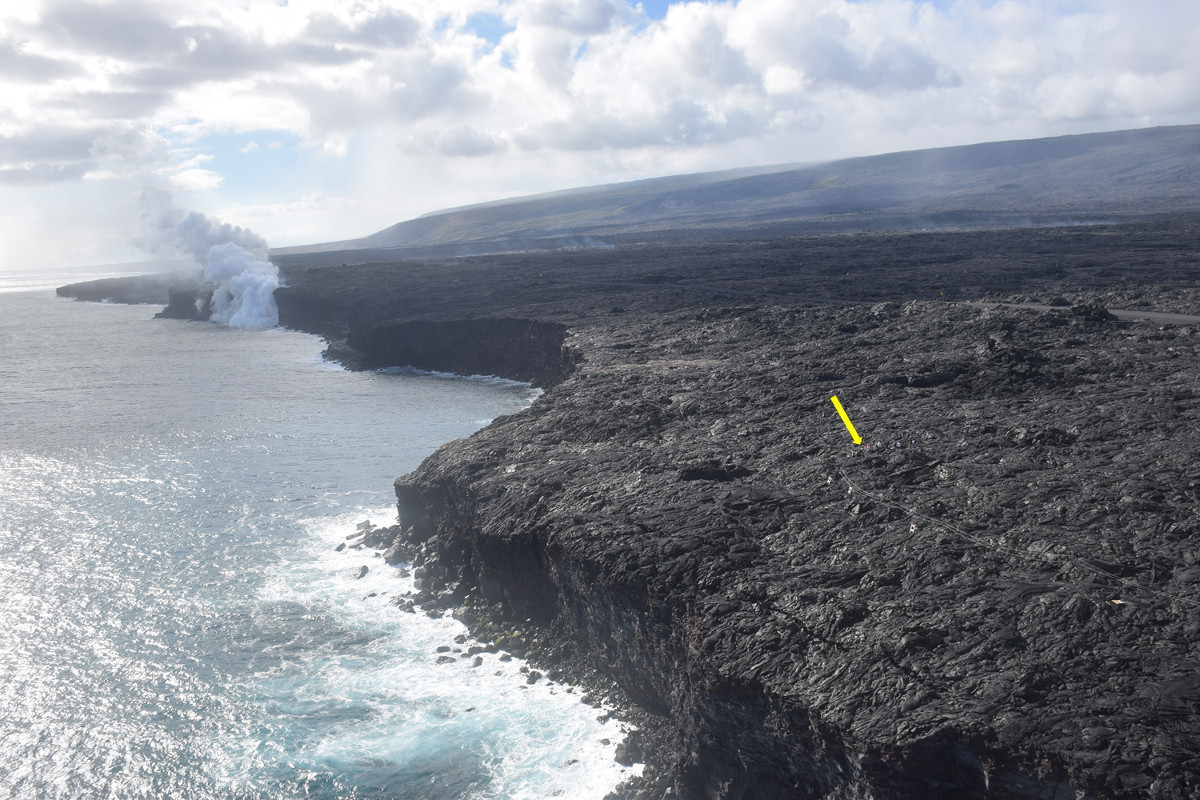