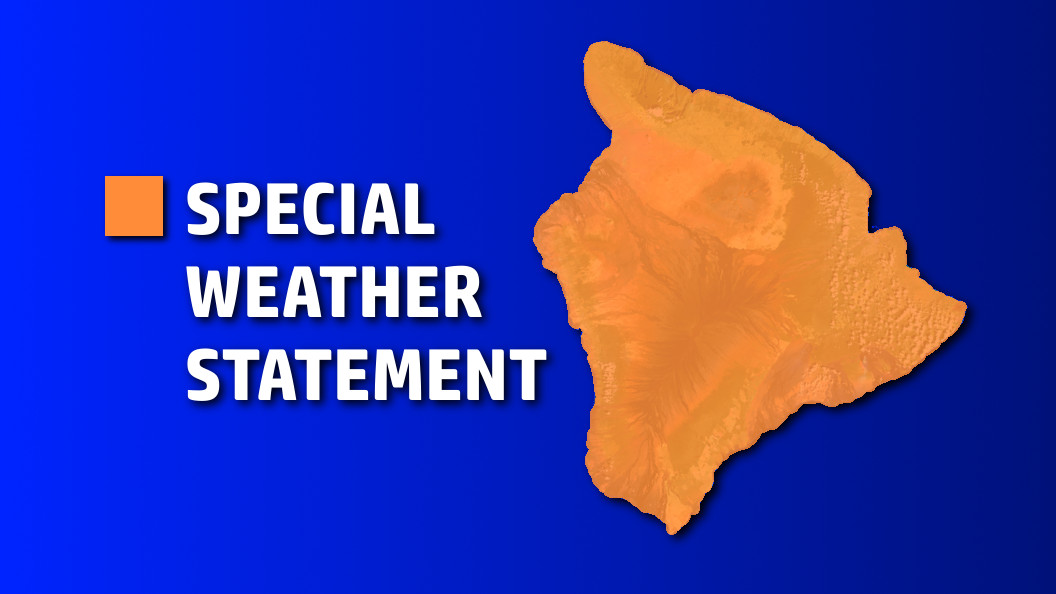 HAWAII ISLAND - The National Weather Service in Honolulu has issued a Special Weather Statement, making residents aware that breezy conditions and possible thunderstorms will soon be headed across the state.

HAWAII ISLAND – Saturday’s beautiful weather on Hawaii Island is likely to change soon, according to a Special Weather Statement issued by the National Weather Service in Honolulu.

“The recent spell of light winds and quiet weather will come to an end later today and tonight,” the message reads, “as a strong cold front approaches the Aloha State from the northwest. Southwest winds will increase to breezy and locally windy levels Sunday and Sunday night, especially over the higher terrain and typical windward locations of Kauai and Oahu. The breezy conditions will spread down the island chain with the front Monday and Monday night.”

“Kona winds such as these can cause localized problems on the typical windward side of each island,” forecasters said, “as they blow downslope from the mountains and accelerate. For example, areas like Kailua and Kaneohe on Oahu can get sudden, strong gusts in these types of patterns. This is in contrast to the recent wind events, where trade winds brought the strongest gusts to the leeward sides.”

The cold front will also bring rain. Hawaii Island could see the effects on Monday.

“A band of gusty heavy showers, and possibly a few embedded thunderstorms, is expected to accompany the front as it passes through,” the National Weather Service stated. “The front is expected to move through Kauai late Sunday
night, through Oahu and into Maui County on Monday, and through Maui County and into the Big Island Monday night. The front will finally exit to the east of the island chain by late Tuesday afternoon. The front appears as though it will be moving fast enough to prevent widespread significant flooding problems, but the rain may be briefly heavy enough to cause localized ponding or minor flooding.”