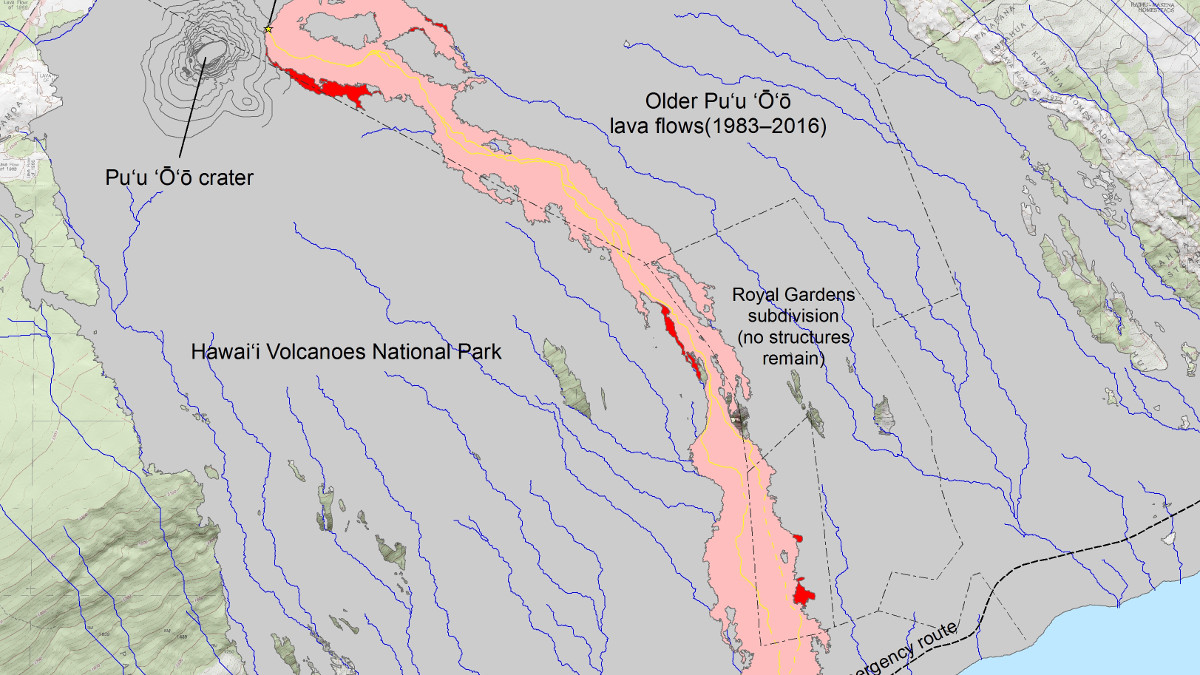 As the lava flow continues to erupt from Puʻu ʻŌʻō vent on the East Rift Zone of Kilauea volcano, surface flows remain active – both near Puʻu ʻŌʻō as well on the coastal plain.

The episode 61g flow continues to enter the ocean at Kamokuna, where the lava “fire hose” is still pouring into the sea. 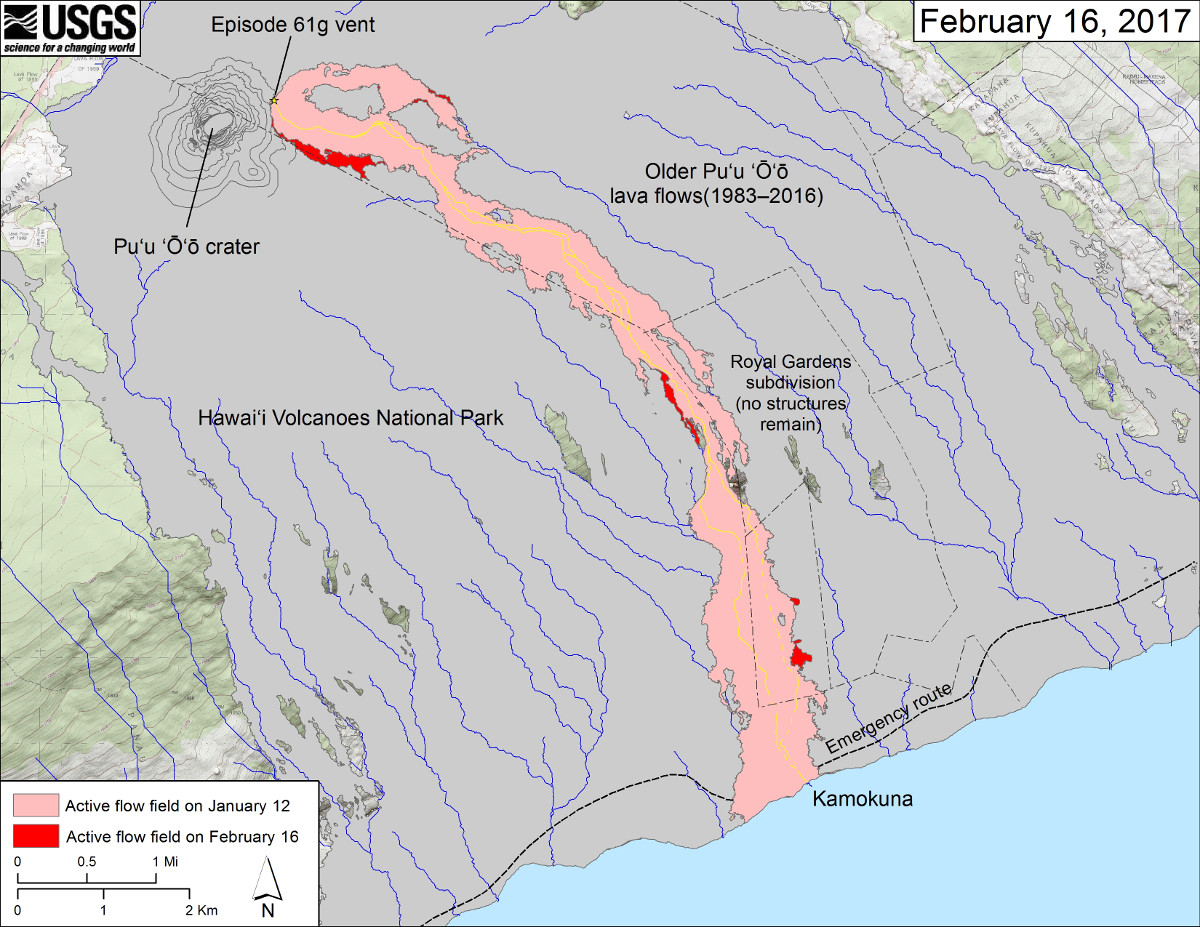 These lava flows pose no threat to nearby communities at this time, scientists say.