HILO, Hawaii – The management of a Kaumana rehabilitation and long-term care facility says their operation is now in the clear following last year’s inspection citations.

In late-December, the Hawaii Tribune-Herald reported Legacy Hilo Rehabilitation & Nursing Center might lose its Medicare certification in March of this year if it did not fix problems found during recent inspections.

Inspections conducted by Hawaii state surveyors in September and November 2016 resulted in reports of deficiencies and fines, the newspaper reported. But following the most recent round of inspections, Legacy Hilo employees say they made the necessary corrections and are back on the right track.

Johnalyn Nosaka, the administrator of Legacy Hilo, stood outside the building on Friday – side-by-side with activities coordinator Wendy Botelho-Cortez – to proudly announce Legacy Hilo went from 27 deficiencies to 16 to 3, and now finally, zero.

“When we came into the building,” Nosaka said, “it was mostly like a start-up building. We inherited a lot of deficiencies we fixed em all.” Nosaka gave credit to her hard working team of 123 staff.

“It was a challenge and out admin team worked really heard,” said Botelho-Cortez. “We are so proud we are able to assist our kupuna in our Hilo community.”

Currently, there are 52 patients in the building. About 75% are residents of the Hilo area. 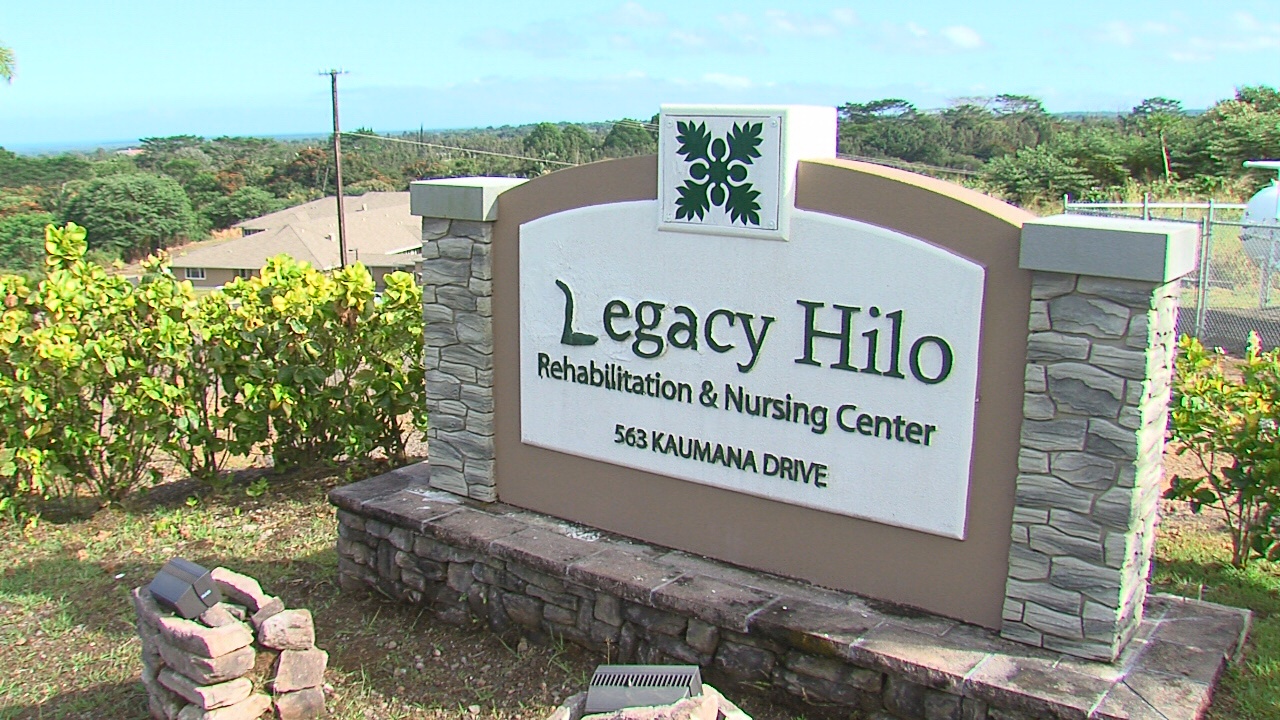 The Legacy Hilo sign as seen from Kaumana Drive.