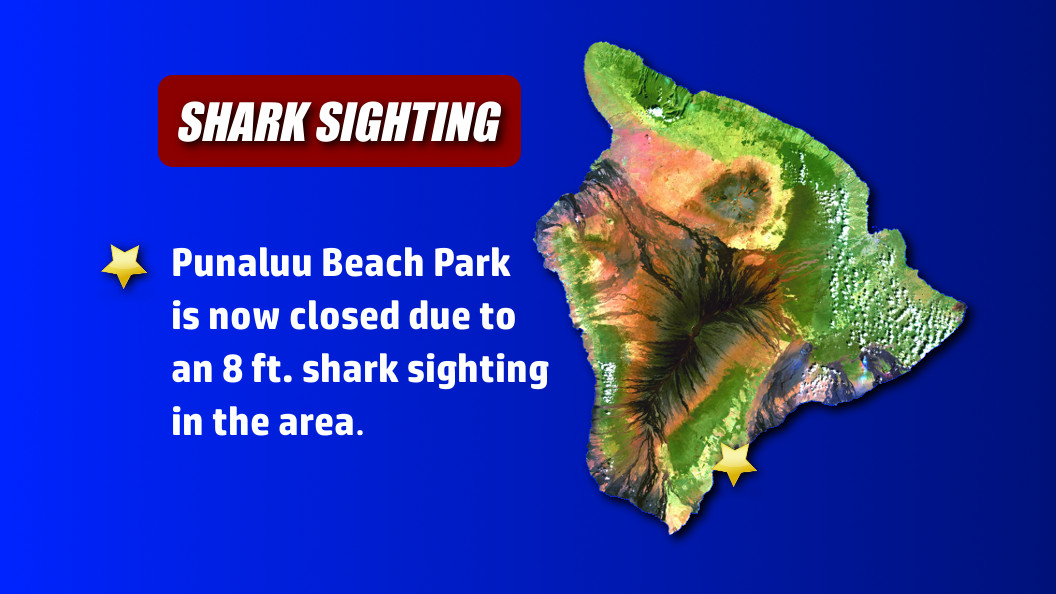 PUNALU'U (BIVN) - County officials say the public is advised to stay out after an 8 ft. shark was seen in the area. HFD Ocean Safety will conduct a reassessment tomorrow morning.

PUNALUʻU, Hawaii – A shark sighting has resulted in the closure of a popular black sand beach in Kaʻū.

The Hawaii Fire Department reports Punaluʻu Beach Park is now closed due to an 8 ft. shark sighting in the area.

County officials say the public is advised to stay out of the water at Punaluʻu until HFD Ocean Safety conducts a reassessment tomorrow morning and determines the conditions have changed.

According to shark incident list maintained by the Hawaii Department of Land and Natural Resources, the most recent shark attack at Punaluʻu was on December 11, 2013. An estimated 10 ft. tiger shark lacerated the knee and hand of a body boarder.