KILAUEA VOLCANO (BIVN) - An "amazing amount of activity" was recorded by Kalber from above the 61g lava flow, showing the new breakouts above the pali. 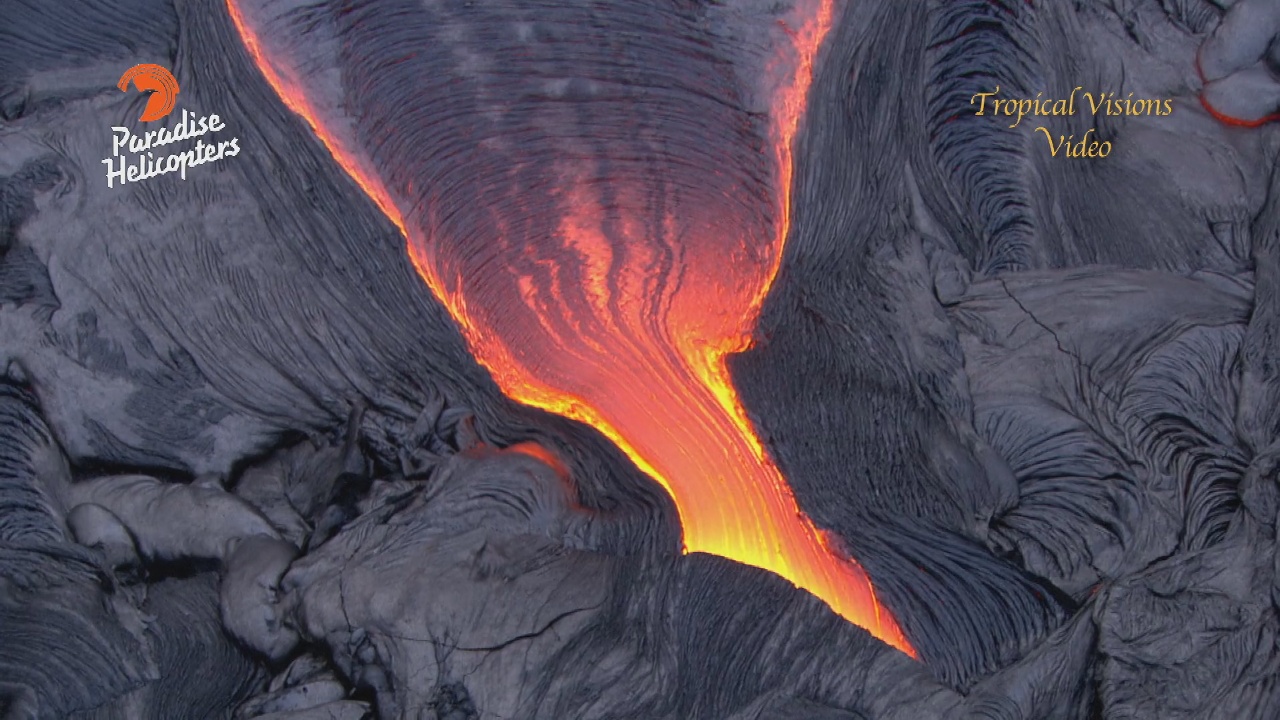 The USGS Hawaiian Volcano Observatory says the new activity is located above the Pulama pali. “None of these flows pose a threat to nearby communities at this time,” scientists assure.

“A huge new outbreak just above the Pali to the south of the 61G flow is sending many lava streams downslope” Thursday morning, reported Mick Kalber, who filmed the breakout aboard his weekly Paradise Helicopters flight. “Truly an amazing amount of activity,” Kalber wrote.

Kalber also recorded skylights “opening and closing daily above and below the Pali. They reveal the lava moving below the surface and feeding the ocean entry and flows on the coastal flats,” he said.

The episode 61g flow is still entering the ocean at Kamokuna inside Hawaii Volcanoes National Park, and weak surface breakouts continue on the coastal plain.