When the officers arrived at the scene of the early morning fire, they “were shocked to find Luquin’s Restaurant, the Akebono Theater and the building that had been recently housing a pawnshop” were burning, O’Hara read. “The officers noticed the six inhabited apartments above the restaurant were about to be engulfed in the blazes. Without concern for his own safety, officer Po’ohina rushed to the upstairs apartments to make sure all residents were able to get out.”

“This is true of all the officers,” O’Hara added. “They rushed into the building and were able to get all of the inhabitants out of the upstairs apartment. We’re extremely grateful for the actions of these officers and they likely contributed to saving lives of residents in the upstairs apartment and in the surrounding buildings.”

O’Hara noted that “sadly, their efforts were not enough to save the restaurant, which was built in 1907, the theater built in 1926, or the pawn shop building built in 1938.” 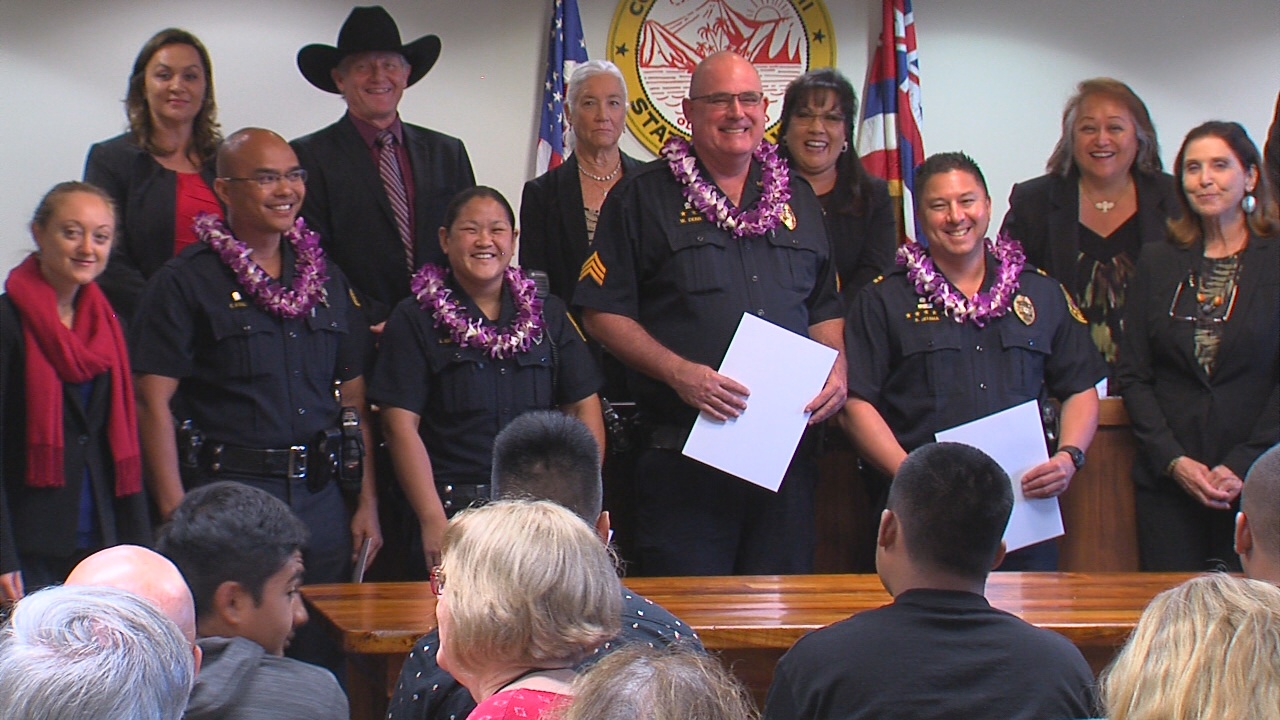 The honored police take a photo with the Hawaii County Councilmembers.