HAWAII VOLCANOES NATIONAL PARK (BIVN) - Lava boat tours and scientists say the episode 61g flow is still active and entering the ocean at Kamokuna, where a small delta has begun to reform. 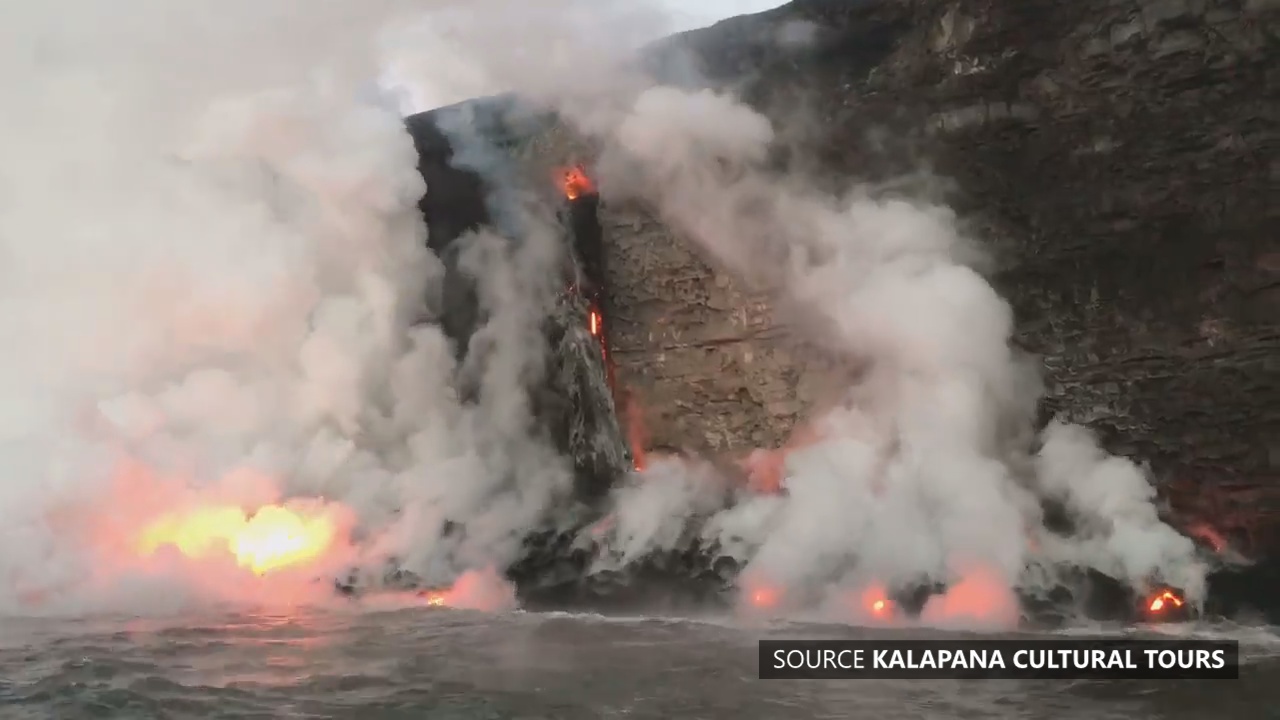 HAWAII VOLCANOES NATIONAL PARK – A small delta is beginning to reform at the Kamokuna lava ocean entry on the cliffs of Hawaii Volcanoes National Park.

The previous delta built by the lava from the 61g flow collapsed into the ocean on New Years Eve. The event created a phenomenon which became known as the “firehose”, a powerful stream of lava that poured from the severed lava tube and into the sea.

The lava firehose continued for months, and received global media attention. One USGS Hawaiian Volcano Observatory scientist said he hadn’t seen anything like it in his 9 years monitoring Kilauea volcano on Hawaii Island.

It took a while for the delta to reform, perhaps due to the “very steep bathymetry” at the ocean entry, scientists surmised.

A new delta, and a change in the fire hose, was first noted by lava tour guides like Kalapana Cultural Tours, who frequent the ocean entry by boat, guiding visitors for a closer look at the volcanic spectacle.

On March 21, the fire hose began to spatter-out in a mesmerizing display. Then on March 24, the stream encased itself in hardened lava, tour guides wrote, as the new delta became more prominent.

Meanwhile, elsewhere on the 61g flow that is erupting from the flanks of Puʻu ʻŌʻō, scientists say “a breakout on the upper flow field that began on March 5, continues to advance downslope and produce surface flows above the pali.”

“Small, short-lived breakouts have been reported on the coastal plain, but are not clearly visible in webcam images,” USGS reports. “None of these flows pose a threat to nearby communities at this time.”