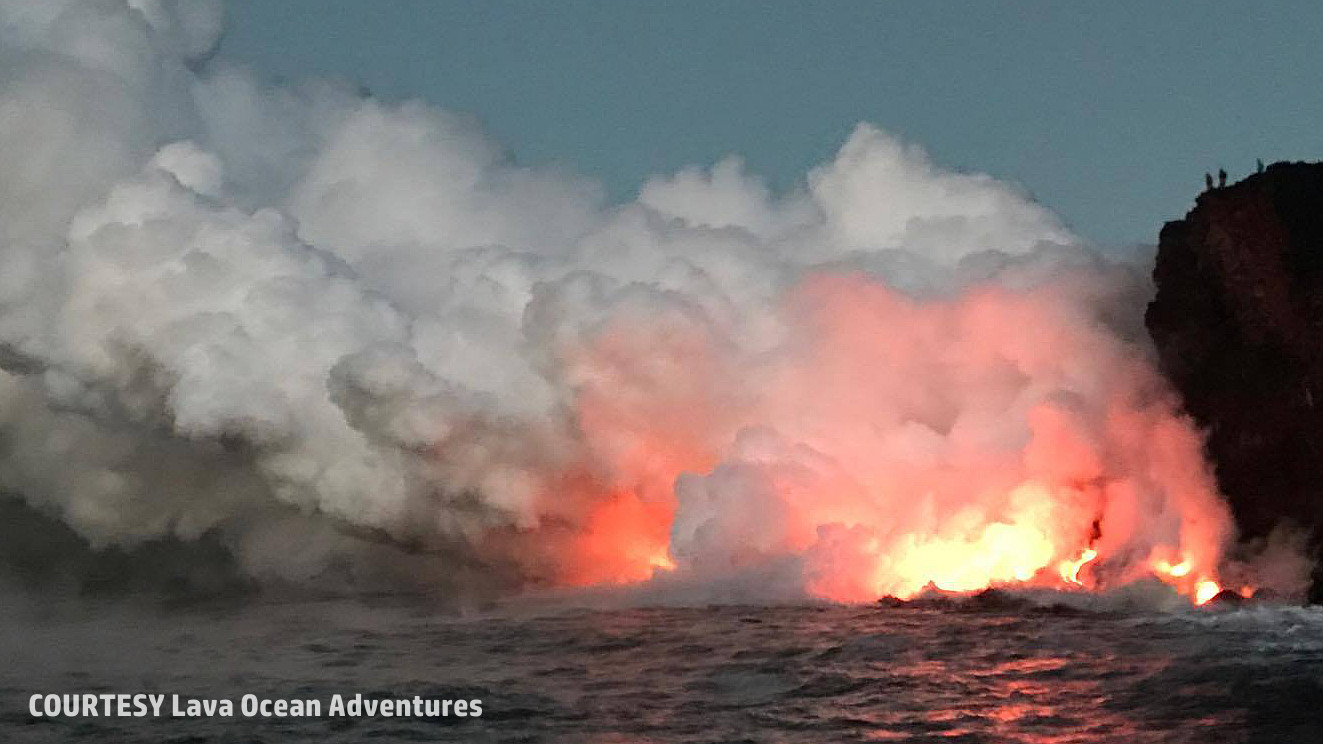 HAWAII ISLAND – One week after establishing a “Safety Zone” keeping boats a distance away from the Kamokuna lava ocean entry, the U.S. Coast Guard says vessels can now request entrance into the area.

On March 28, the Coast Guard established the temporary Safety Zone at the ocean entry, which is a popular attraction for boat tours. The Safety Zone, which encompasses all waters extending 300 meters (984 feet) in all directions around all entry points of lava into the ocean, put a damper on the close-up views the boat tours provided. 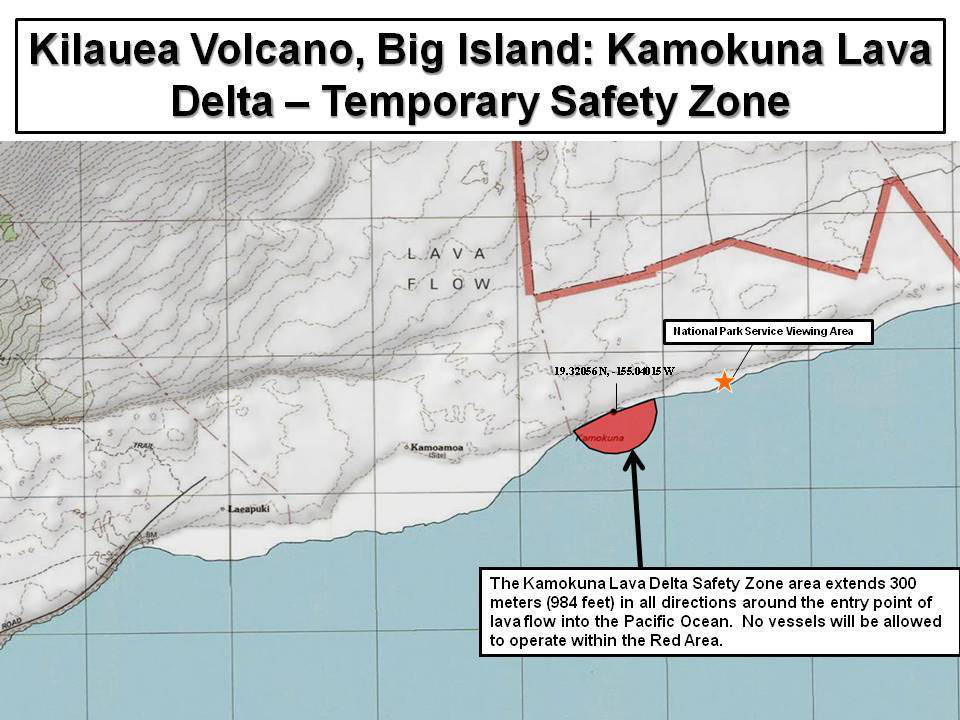 Now, the Coast Guard Captain of the Port has outlined the requirements to request entrance to the Kilauea lava ocean entry temporary safety zone, a USCG media release stated on Tuesday.

“The Coast Guard is clarifying the process for requesting entry to the temporary safety zone for all waterway users,” said Lt. Cmdr. Nicholas Jarboe, chief of waterways management Coast Guard Sector Honolulu. “Sound risk management, contingency planning and response, and regulatory frameworks help us ensure the safety of life at sea and that the maritime sector remains safe, secure, and resilient.”

Shane Turpin’s Lava Ocean Adventures tour was one of the first to be granted entry. Turpin said he was impressed by how the Coast Guard Captain of the Port and his crew handled the situation.

Other boat tours may follow. According to the Coast Guard, “those wishing to enter the safety zone are required to submit a written request to the Captain of the Port Honolulu. The factors that may be considered include: the vessel’s material condition, safety equipment, redundancies, general safety practices and procedures, specific safety practices and procedures for operating near the lava ocean entry, familiarity with the surrounding waters, and mariner’s experience operating as a Coast Guard-credentialed mariner.”