MAHINA (BIVN) - Adorned with welcome wishes and lei, the crews of Hōkūleʻa and Hikianalia were treated to a front row celebration of traditional song and dance. 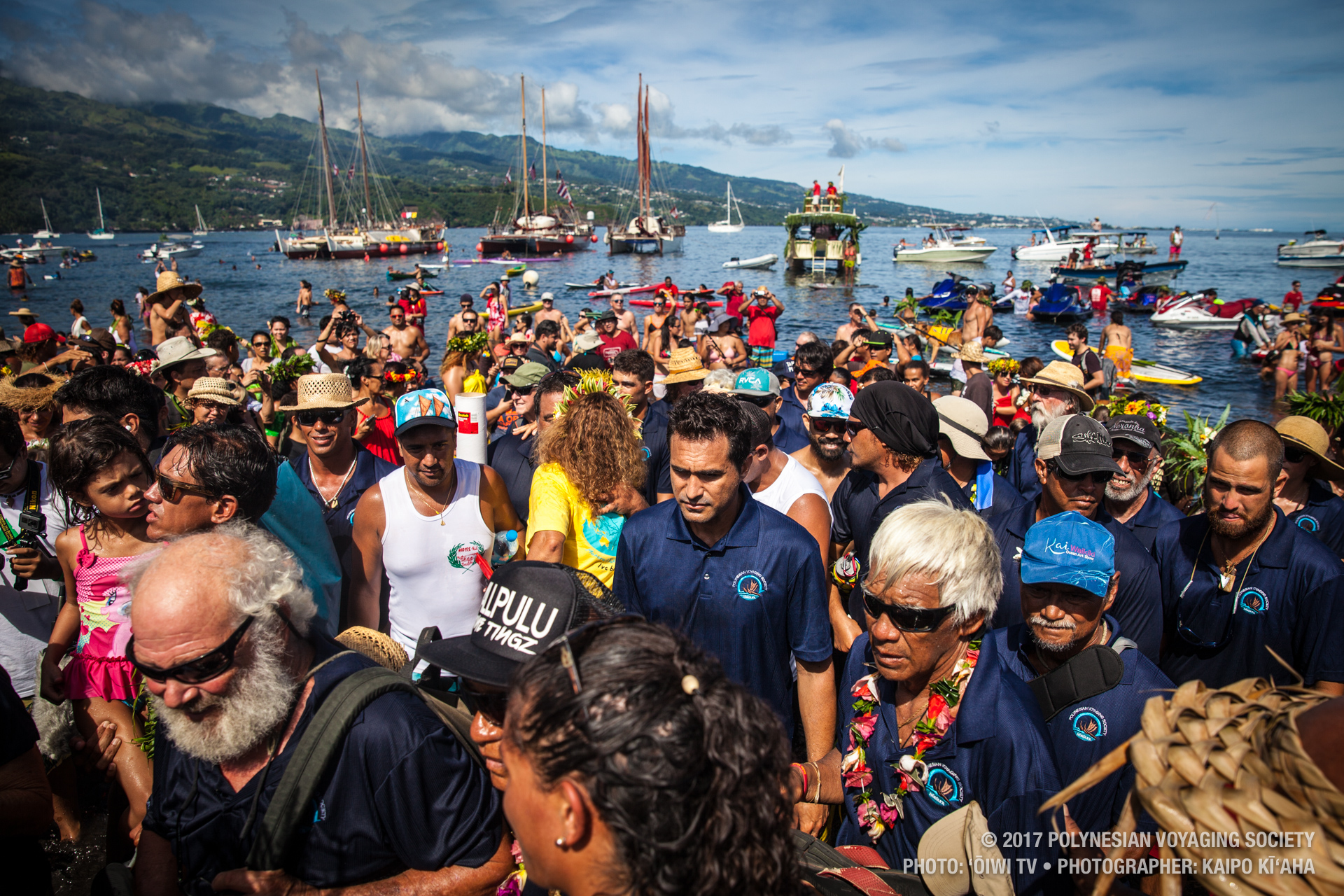 MAHINA, Tahiti – Hawaii’s legendary voyaging canoes Hōkūleʻa and Hikianalia were welcomed to the Mahina community of Tahiti on Friday. The crew waded to shore with fanfare, adorned with lei, and were treated to performances of traditional song and dance.

The Polynesian Voyaging Society says the arrival was filled with the true meaning of aloha, sharing video of the moment recorded by ‘Oiwi TV. “You could feel it from the canoe,” said Kalā Tanaka, captain and navigator of Hikianalia and daughter of Pwo navigator Kālepa Baybayan. “The community here was overwhelmingly happy and thrilled with love in their hearts that Hōkūleʻa and Hikianalia were there.” 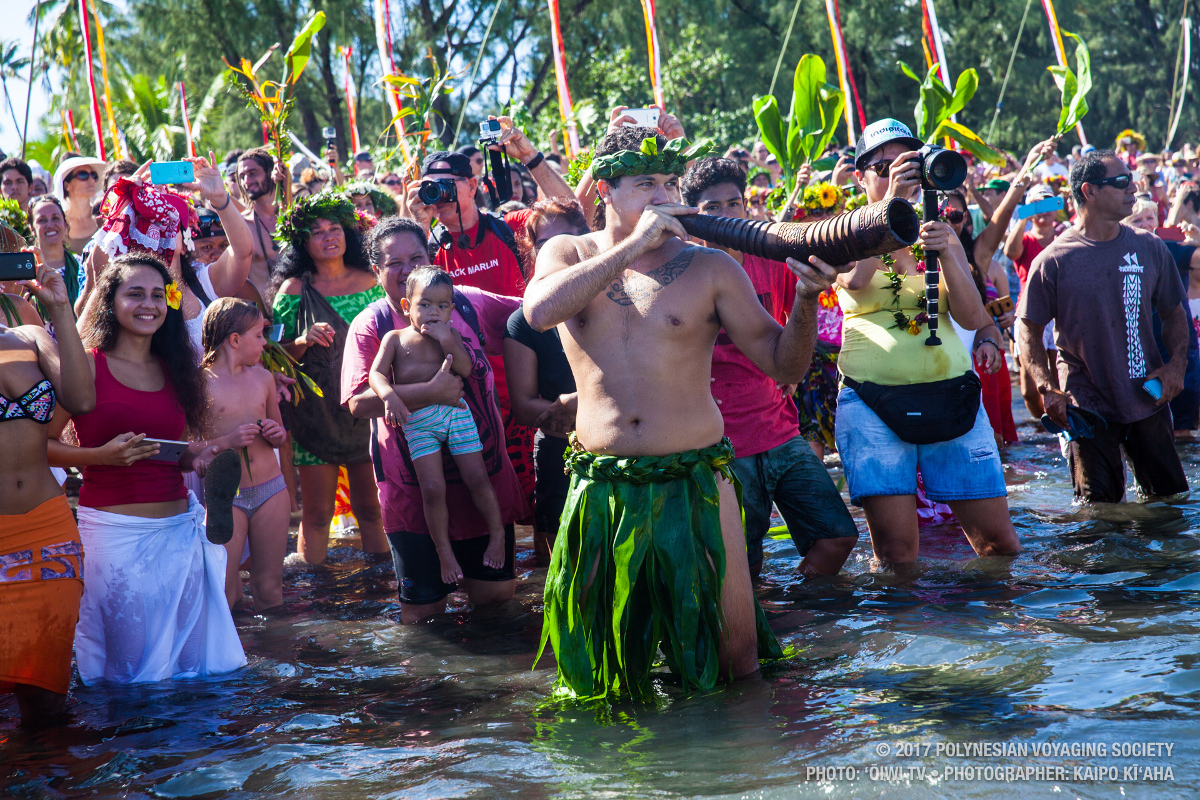 The sister canoes left Palekai in Keaukaha together in May 2014, and sailed side by side until reaching Aotearoa (New Zealand) in the spring of 2015.

The 60,000 nautical miles Malama Honua Worldwide Voyage is almost finished. The crew will travel throughout Tahiti and Raiatea “to engage with the local communities in ceremony and educational outreach as they celebrate the close of the nearly four-year long journey,” the Polynesian Voyaging Society says. “Together with her sister canoe Hikianalia, Hōkūleʻa will head home to a welcoming ceremony at Magic Island in June 2017.” 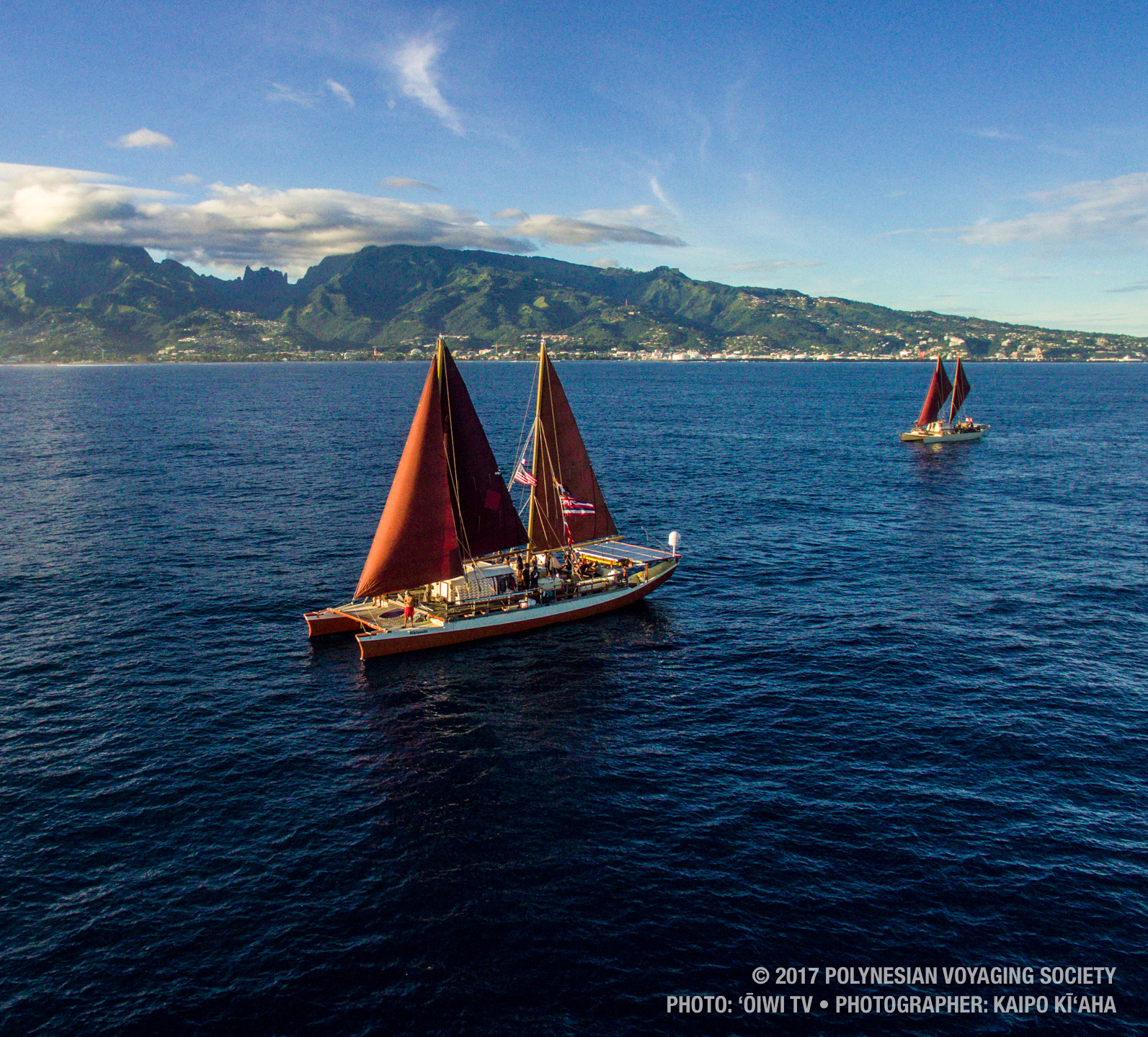