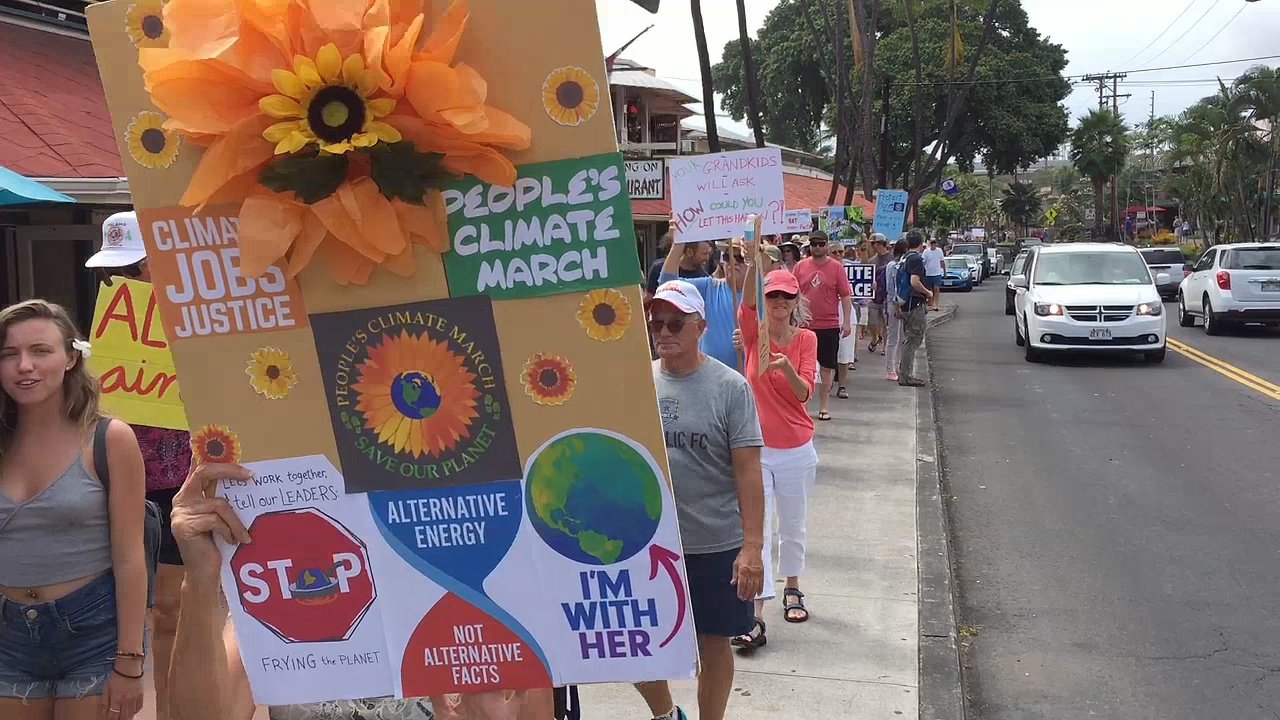 In Kona, the Climate March formed a long line on Alii Drive. Photo from video by Matt Binder.

(BIVN) – Hundreds took to the street in Hilo and Kona on Saturday, connecting Hawaii Island to the People’s Climate March events nationwide.

The marches, held on the 100th day of the Donald Trump presidency, were an intersection of political resistance and environmentalism.

“We raise our voices in resistance to the insanely irresponsible deregulation of the Trump administration that threatens our natural resources and the future of our planet,” organizers like Rally For Common Ground said. “We stand in solidarity and truth to inspire, educate and activate for a regenerative and restorative Hawai’i island. We rally and build for a fossil fuel free future and a clean and renewable energy economy.” 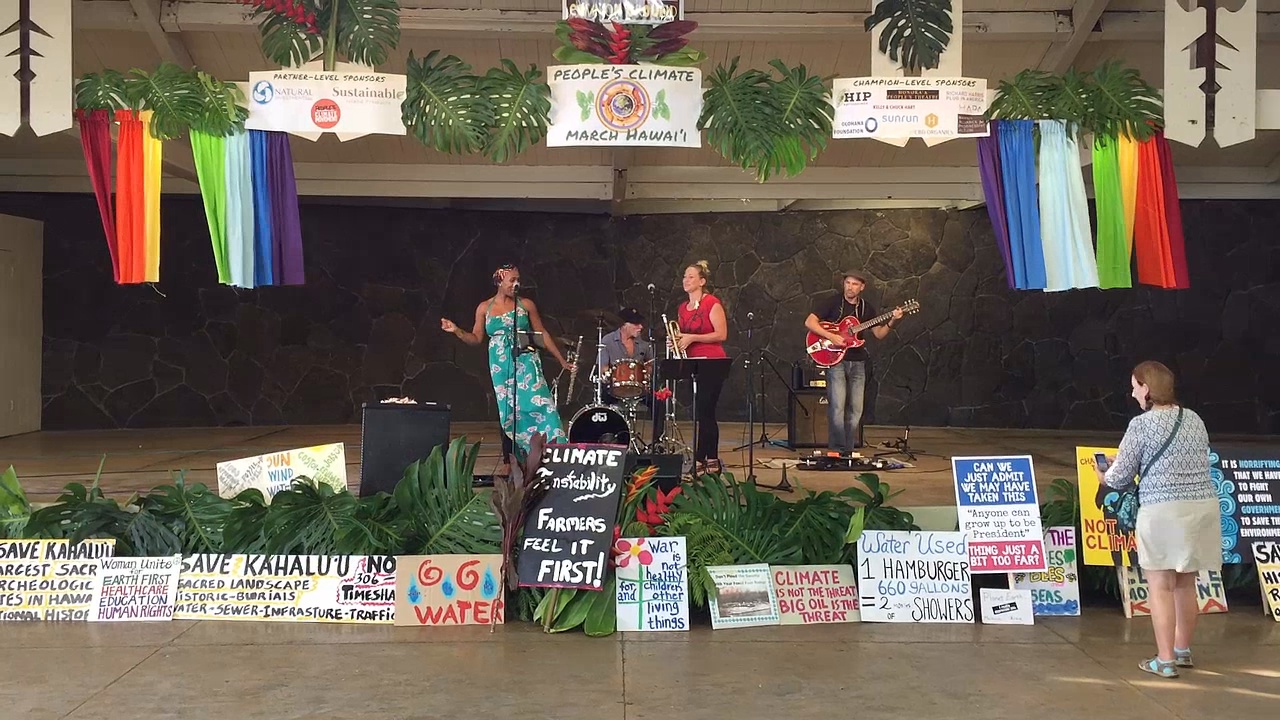 A “Wade-In Waimea” Climate March drew more than 50 participants, who turning out with masks, snorkels, fins, and kayaks to convey their serious concerns about global warming.

“Why snorkels and masks?” organizers wrote on Facebook. “To remind us all that — coming soon to a town near you: the ocean! Maybe not all the way to Waimea – but according to indisputable evidence, global climate change is already causing the oceans to encroach on island nations and cultures. This change is real. It’s happening now to the Marshall Islands, Solomons, Vanuatu, Papua New Guinea and Kiribati.”

About a hundred people arrived at the Moʻoheau Bandstand along the Hilo Bayfront before noon. It was a large crowd but a far cry from the thousands that attended the Women’s March in Hilo the day after Trump’s inauguration.

“The 100 Days of Action by the Women’s March on Washington and 350org Climate Movement will culminate on this day,” organizers said in advance of the event. “The festival is a day-long event to promote community education, activism and networking.”

Participants then strode down Kamehemeha Avenue, waving signs along the way. It was a large crowd, but a far cry from the thousands that attended the Women’s March in Hilo in January, held the day after Trump’s inauguration.

During that rally, speakers referenced the important climate studies being conducted on Mauna Loa. Just recently, the Mauna Loa Observatory recorded its first-ever carbon dioxide reading in excess of 410 parts per million… a troubling milestone.

Yet, this past Friday, the Environmental Protection Agency removed most of the climate change information from its website. The EPA says it is updating the language to “reflect EPA’s priorities under the leadership of President Trump and Administrator Pruitt.”

EPA Administrator Scott Pruitt, who was appointed by Donald Trump, has been called a climate change denier by the Democratic Senator from Hawaii, Brian Schatz.

On behalf of Senate Democrats, Schatz delivered the Weekly Democratic Address this week. Schatz offered a direct rebuttal to the administration on president Trump’s first 100 days.