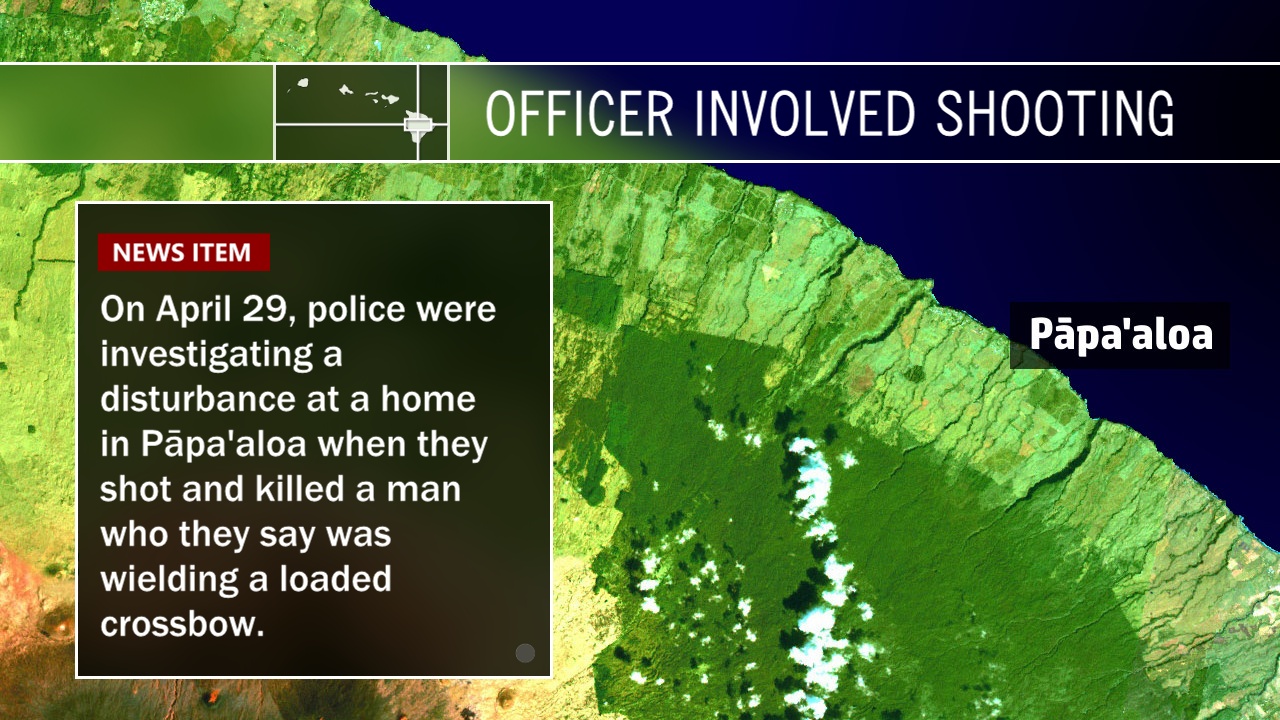 (BIVN) – Police shot and killed a man who was wielding a loaded crossbow on Saturday along the Hamakua Coast, authorities say.

Police say the officer-involved shooting happened at about 3:35 p.m., as officers were investigating a disturbance at a residence in Papa’aloa. Police say they encountered a man wielding a loaded crossbow. “One officer fired several shots, resulting in the death of the man,” a police media release stated.

The man’s name is being withheld pending positive identification.

Police ask that anyone with any information about this incident call the Police Department’s non-emergency line at 935-3311 or contact Lieutenant Miles Chong at 961-2252, or via email at miles.chong@hawaiicounty.gov. Tipsters who prefer to remain anonymous may call the island-wide Crime Stoppers number at 961-8300 and may be eligible for a reward of up to $1,000. Crime Stoppers is a volunteer program run by ordinary citizens who want to keep their community safe. Crime Stoppers doesn’t record calls or subscribe to caller ID. All Crime Stoppers information is kept confidential.