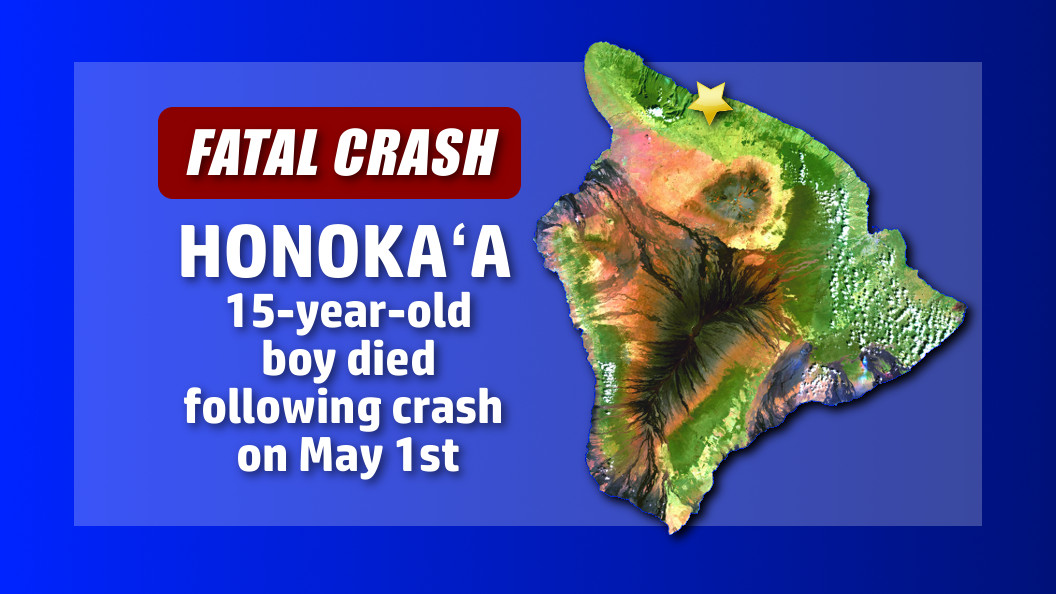 (BIVN) – Hawaii County Police have identified the 15-year-old boy who died in a dirtbike crash that closed the intersection of Ohia Street and Pikake Street in Honokaʻa on Monday.

Police say Aukai Ahuna was taken to the North Hawaiʻi Community Hospital after the incident, where he was pronounced dead at 3:51 p.m.

The police release describes what is known about the crash so far:

He was identified as Aukai Ahuna.

Responding to a 3:01 p.m. call, police determined that a Suzuki dirt bike motorcycle was traveling North on Pikake Street, approaching the Ohia Street intersection when the boy lost control of the motorcycle and was thrown and struck by a 2006 Ford truck.

The boy was taken to the North Hawaiʻi Community Hospital where he was pronounced dead at 3:51 p.m.

The driver of the truck, a 47-year old Honokaʻa man was not injured.

The boy was wearing a helmet and speed appears to be a factor in this investigation.

Police have initiated a Negligent Homicide investigation and ask anyone who witnessed the crash to call Officer Casey Cabral at 961-8889. Tipsters who prefer to remain anonymous may call the island-wide Crime Stoppers at 961-8300.

This is the 10th traffic fatality this year compared with 10 at this time last year.