KEA'AU - Margaret Wille talks about her goals and hopes as the newly elected chair of the Hawaii County Democrats during the annual party convention held at Kea'au High School. 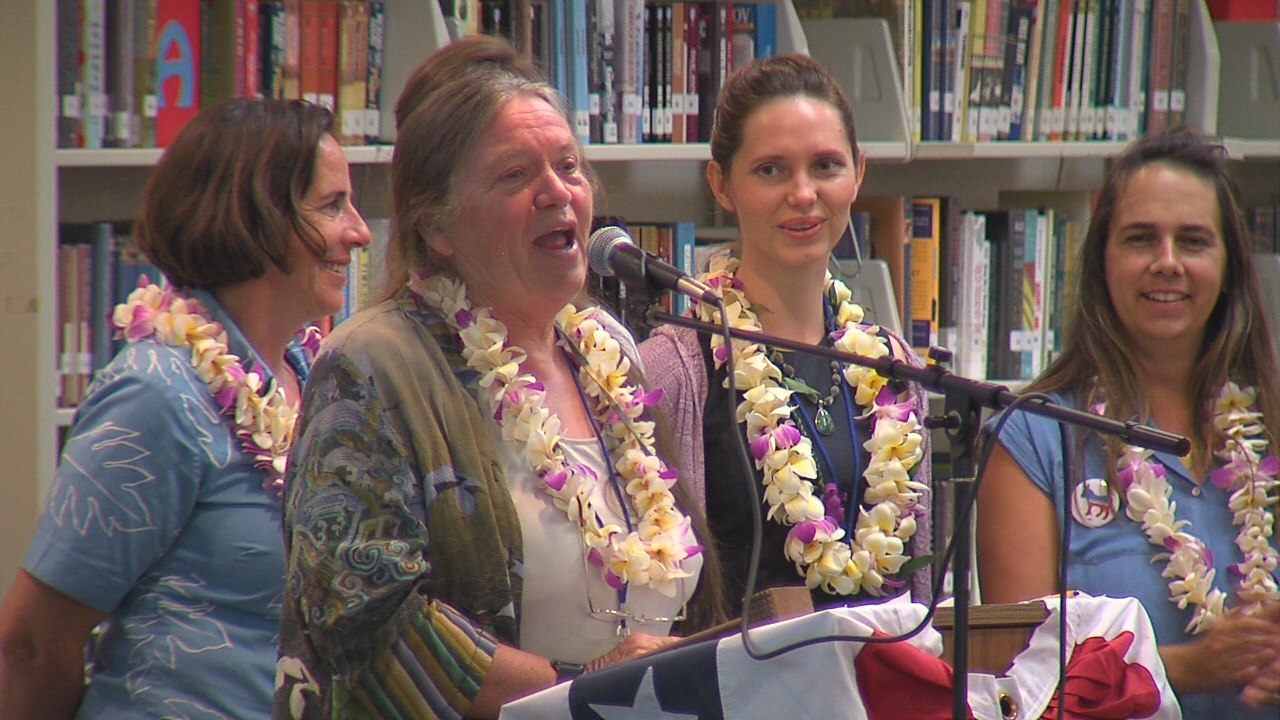 A new slate of Hawaii County Democratic Party Committee officers was elected on Saturday in Kea’au.

“We are going to really pull together and unify,” Wille said in an interview outside the Kea’au High School library, where the Democrats’ annual Hawai’i County Committee Convention was held. “Because if we don’t,” Wille added, “we will not accomplish anything.”

The event was held on the heels of a recently concluded, and somewhat divisive, state legislative session that led to the resignation of the State House speaker, a senate leadership shake-up, big projects left unfunded and pressing issues left unresolved.

Democrats hold overwhelming majorities in both chambers of the legislature.

Part of the problem, Wille thinks, is the need for candidates “that really earn their (letter) D.”

“Should every candidate be allowed to put a ‘D’ by their name?” Wille asked, “regardless of how they vote, or whether they block hearings on matters that are party priorities? I think there needs to be more accountability.”

Wille estimates about 300 people participated in Saturday’s convention, which included remarks by Governor David Ige, a live video Skype with Rep. Tulsi Gabbard from Washington D.C., and multiple forums on topics like “Climate Change in Hawaii”, Homeless and Elderly Needs”, and “How To Run For Office”.