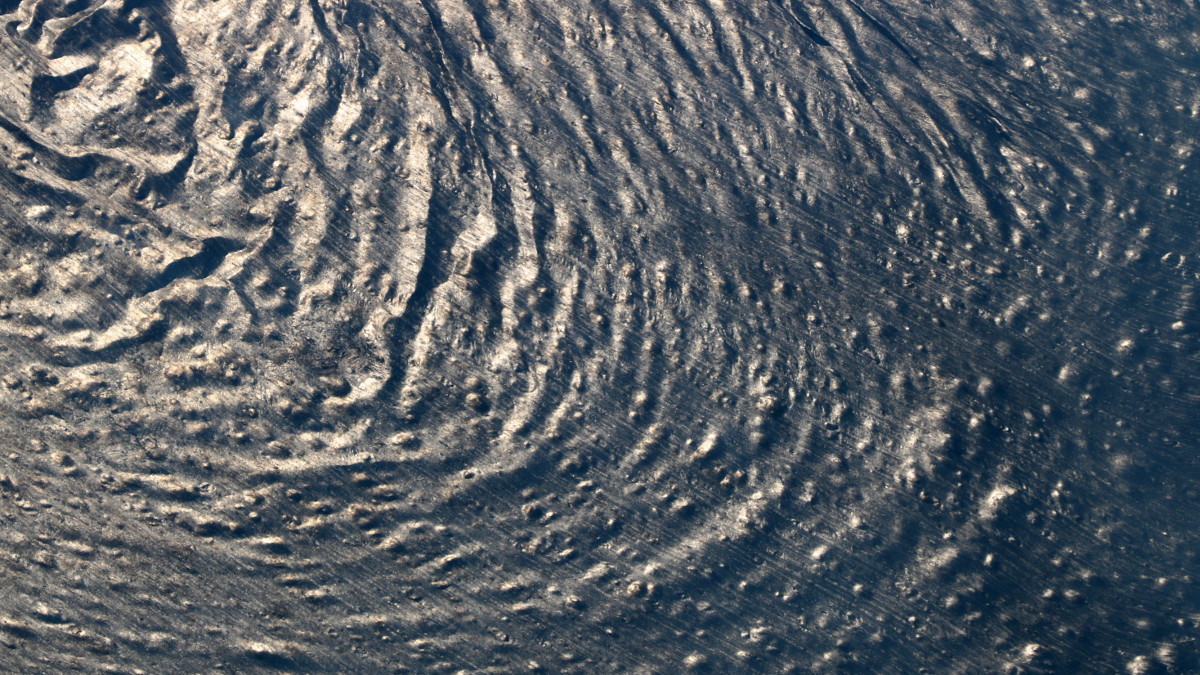 HAWAII VOLCANOES NATIONAL PARK - Activity in the summit lava lake in Halema‘uma‘u has been typical in recent weeks, providing good views of the surface. 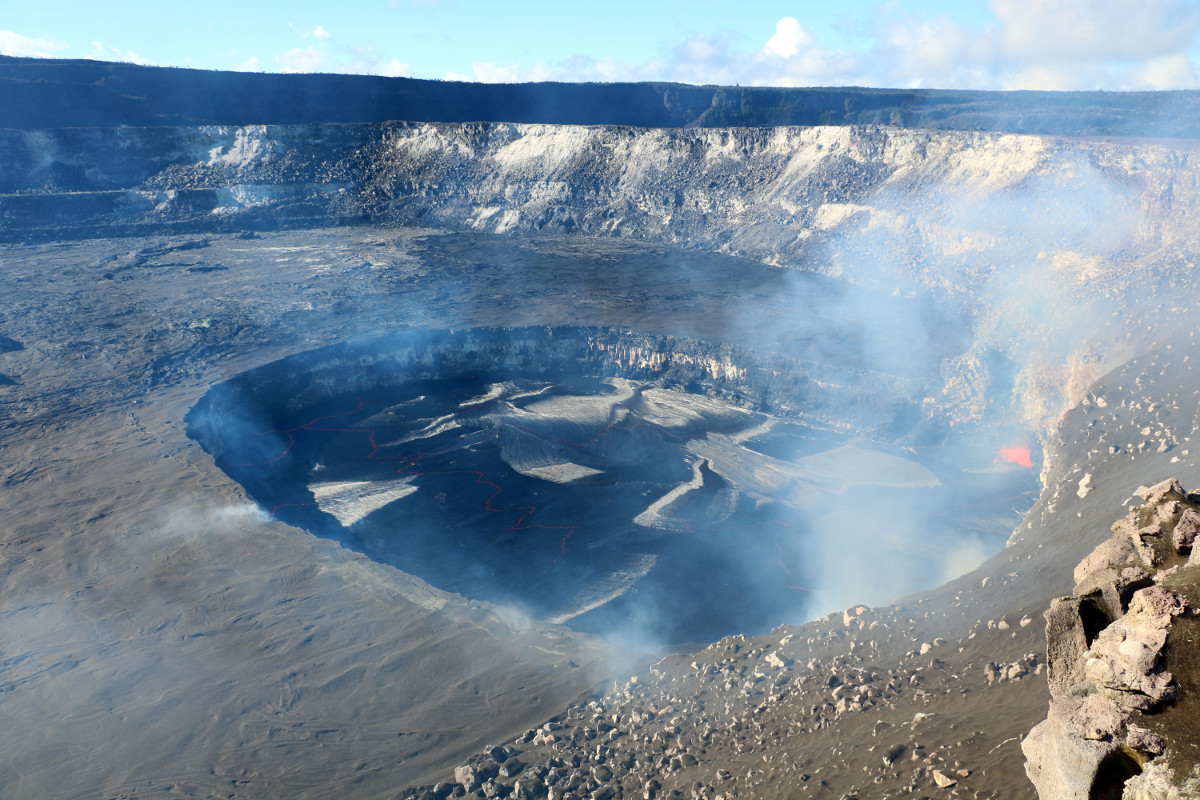 “Subtle folds are common on the lake surface,” the scientists wrote, “suggesting that the crust on the lake surface is thin and flexible. In addition, small ‘blisters’ cover large portions of the lake surface. HVO geologists have seen these blisters form, and they appear to be small bubbles that rise and push up the thin crust, without breaking it.” 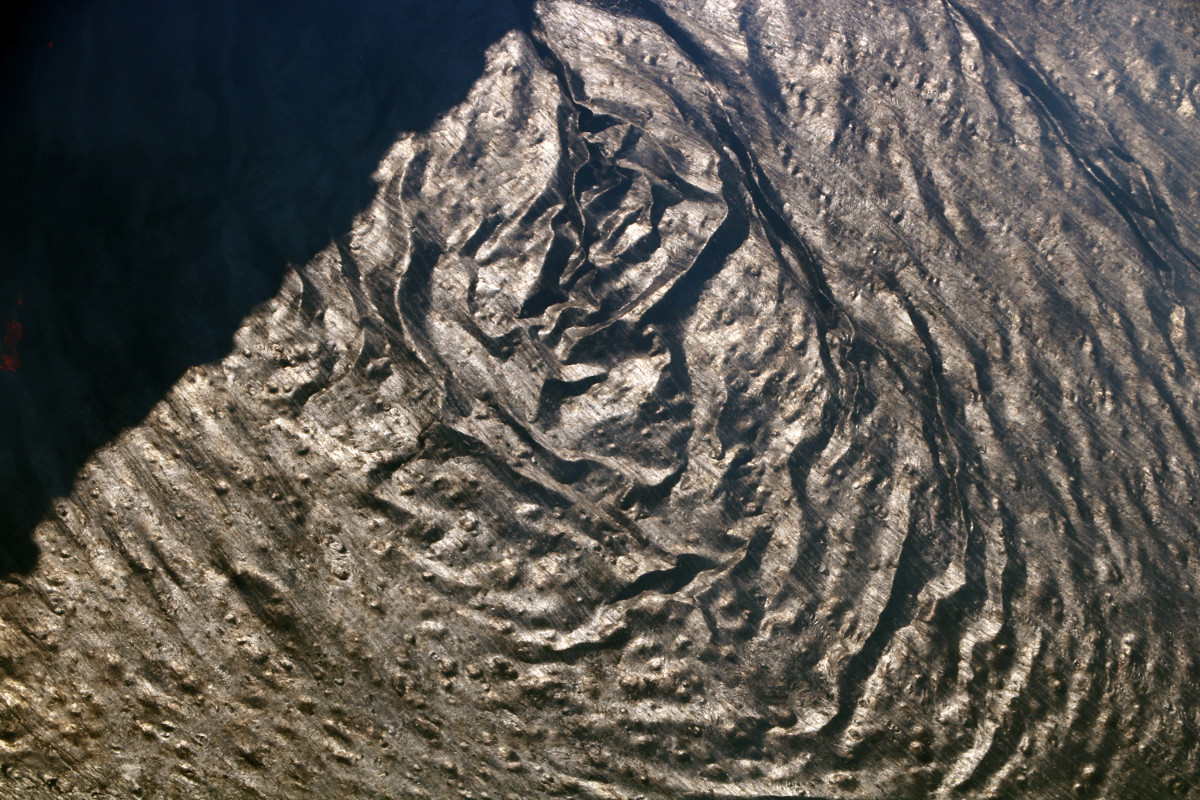 (USGS) A clearer picture of the folding on the lake surface, which resemble folds in a piece of thin fabric. The field of view in this photo is roughly 50 meters (yards) wide.

The USGS scientists also trained their lens on the area where spattering has been observed. 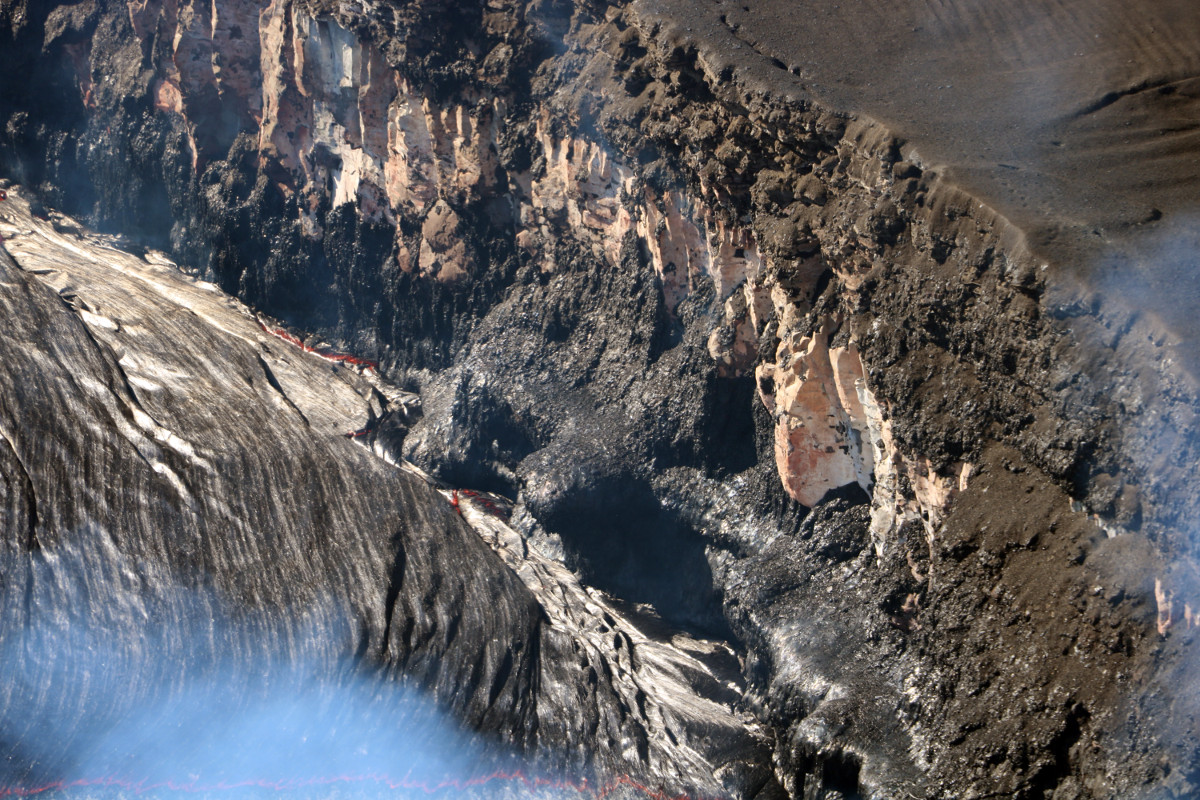 (USGS) A view of the northern Overlook crater wall, through passing fume. The lake surface (lower left in photo) was about 22 meters (72 feet) below the crater rim (upper right in photo). The uppermost section of the crater wall is formed by stacks of thin overflows from mid-2015. The main section of the wall, with a light pink color here, is the older portions of the Halema‘uma‘u Crater floor, formed from lava flows that filled the crater decades ago. At the base of the wall, spattering from the lake has deposited a thin black veneer of lava on the crater wall. Sometimes these spatter deposits built out small ledges, and form bulbous protrusions (center of photo) when the lake level drops.