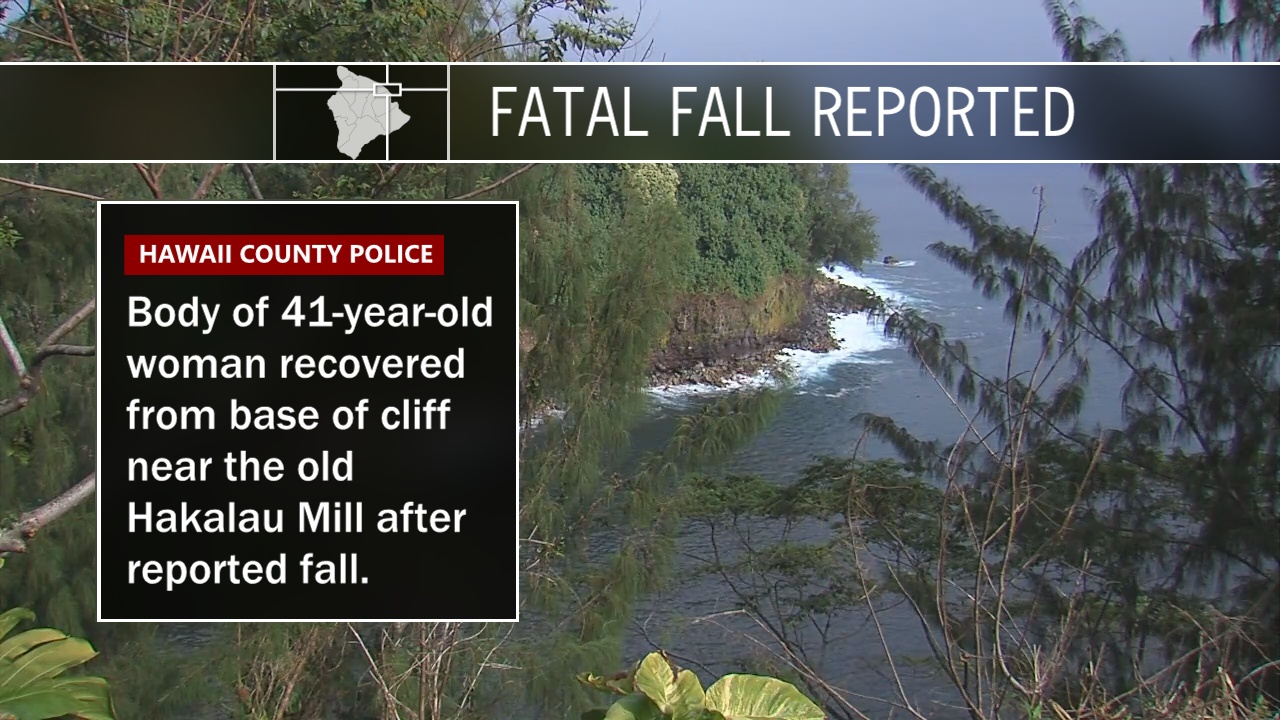 HAKALAU, Hawaii - A 41-year-old woman died Thursday after she reportedly fell from a cliff near the old Hakalau Mill, and in an area frequented by fishermen, police say.

(BIVN) – A 41-year-old woman died Thursday after she reportedly fell from a cliff near old Hakalau Mill.

The woman, whose name is being withheld pending notification of her family, was found at the base of a cliff Thursday morning in an area frequented by fishermen, police say.

The Fire Department received the report that the woman fell at 10:41 a.m. that morning. A fire dispatch referred to the location as Opihi Point.

First-responding ground units were unable to locate the patient due to the cliff, fire officials say. A helicopter was deployed, which succeeded in locating the patient on the shoreline. The victim was airlifted out of the area and transported by vehicle to the Hilo Medical Center where she was pronounced dead shortly after 1:30 p.m.

An autopsy has been scheduled for Friday morning to determine the cause of her death, police say. Detectives with the Area I Criminal Investigations Section are continuing the investigation.

Police add that there “was someone in the area who reportedly assisted after the fact by seeking help for the victim.” Detectives would like to identify and interview this individual.

Police ask anyone who may have information about this incident to contact the police department’s non-emergency line at (808) 935-3311, or Detective Jesse Kerr of the Area I Criminal Investigation Section at (808) 961-2377 or Jesse.Kerr@hawaiicountygov.