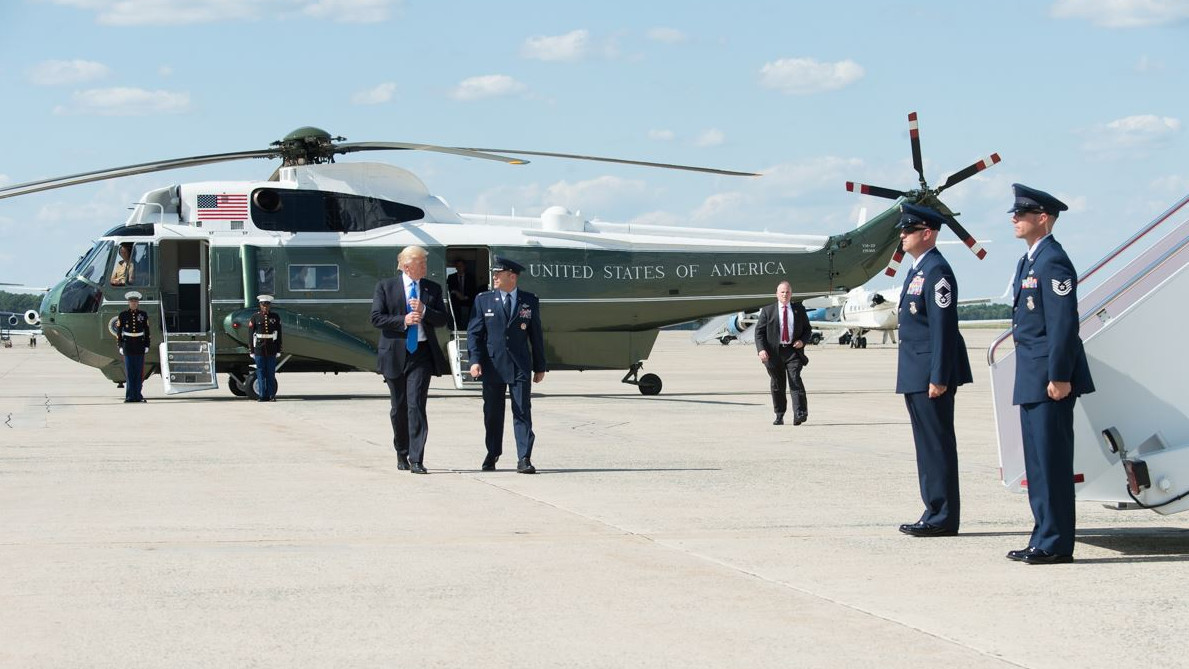 HONOLULU, Hawaii - The United States Court Of Appeals for the Ninth Circuit agrees with the District Court of Hawai‘i; the president exceeded the scope of his authority.

(BIVN) – The United States Court Of Appeals for the Ninth Circuit issued an opinion today, dealing a another blow to President Trump’s March 6 Executive Order 13780.

Executive Order 13780 was the Trump administration’s revised executive order attempting to “protect the American people from terrorist attacks by foreign nationals admitted to the United States.” That first Executive Order 13769, issued in January, was blocked in court after a challenge from the States of Washington and Minnesota.

The second order reinstated the 90-day ban on travel for nationals of six of the seven majority-Muslim countries identified in the first order: Iran, Libya, Somalia, Sudan, Syria, and Yemen.

The State of Hawaii, which had filed a motion to block Trump’s first order, filed an amended complaint challenging the second order “to protect its residents, its employers, its educational institutions, and its sovereignty.”

Dr. Ismail Elshikh, an American citizen of Egyptian descent and the Imam of the Muslim Association of Hawai‘i, joined the State’s challenge.

On March 15, the district court Judge Derrick Kahala Watson granted the TRO requested by Hawai‘i, because the Plaintiffs had made a “strong showing of success on the merits of their Establishment Clause claim”. The court entered a nationwide injunction prohibiting enforcement of Sections 2 and 6 of Turmp’s Executive Order.

Today, the appeals court affirmed in large part the district court’s order preliminarily enjoining Sections 2 and 6 of the Executive Order. Although the Immigration and Nationality Act (“INA”) gives the President broad powers to control the entry of aliens, and to take actions to protect the American public, the appeals court ruled, “…immigration, even for the President, is not a one-person show.”

“The President’s authority is subject to certain statutory and constitutional restraints. We conclude that the President, in issuing the Executive Order, exceeded the scope of the authority delegated to him by Congress,” the court stated in its opinion.

“In suspending the entry of more than 180 million nationals from six countries, suspending the entry of all refugees, and reducing the cap on the admission of refugees from 110,000 to 50,000 for the 2017 fiscal year, the President did not meet the essential precondition to exercising his delegated authority: The President must make a sufficient finding that the entry of these classes of people would be ‘detrimental to the interests of the United States.’ Further, the Order runs afoul of other provisions of the INA that prohibit nationality-based discrimination and require the President to follow a specific process when setting the annual cap on the admission of refugees,” the court ruled.

“I stated from the beginning that the President must act in a way that follows the laws and Constitution of the United States. Our system of checks and balances, enshrined in the Constitution for more than 225 years, remains in place,” responded Hawaii Attorney General Doug Chin.

Chin will hold a news conference on the court opinion today at noon on Oahu.

“The Ninth Circuit’s decision to uphold Judge Watson’s ruling against President Trump’s Muslim ban is another win for the rule of law,” said Senator Brian Schatz (D). “The courts continue to affirm what we already know: the Muslim ban is un-American, unconstitutional, and contrary to everything we stand for.”

“Court after court has seen this Muslim Ban for what it is: an illegal attack on a group of individuals singled out for their religion. Today is a victory not only for Hawaii, but for our shared American values. The decision is a welcome reminder that the federal courts serve an invaluable function in our system of checks and balances,” said Sen. Mazie Hirono (D). “Although President’s Trump’s cabinet may think otherwise, today’s ruling affirms that judges in Hawaii are more than capable of applying our laws and Constitution to President Trump’s dangerous policies. I’m proud that my home state has shown leadership in fighting against President Trump’s Muslim Ban.”

According to the State Attorney general, Hawaii’s memorandum in opposition states in part:

“Our foundational text, the First Amendment, bars the Government from making a citizen’s status in the political community dependent on his faith. The President unquestionably violates that command when he issues an Order that disproportionately burdens Muslim-Americans, while denigrating the Muslim faith and making it abundantly clear that the Order’s harmful effect on Muslims is far from incidental. To date, the injunction has prevented that constitutional violation. In doing so, it has safeguarded religious liberty and demonstrated the strength of our Constitution and the courts that protect it. Nonetheless, the Government now asks this Court to stay the injunction … [t]he long-term consequences [of a stay] would be even more significant. As soon as the unconstitutional Order is implemented, our Framers’ greatest fears for this Nation will be realized; the Order will serve as an ominous ‘Beacon on our Coast, warning’ the ‘persecuted and oppressed of every Nation and Religion’ that they must ‘seek some other haven.’”