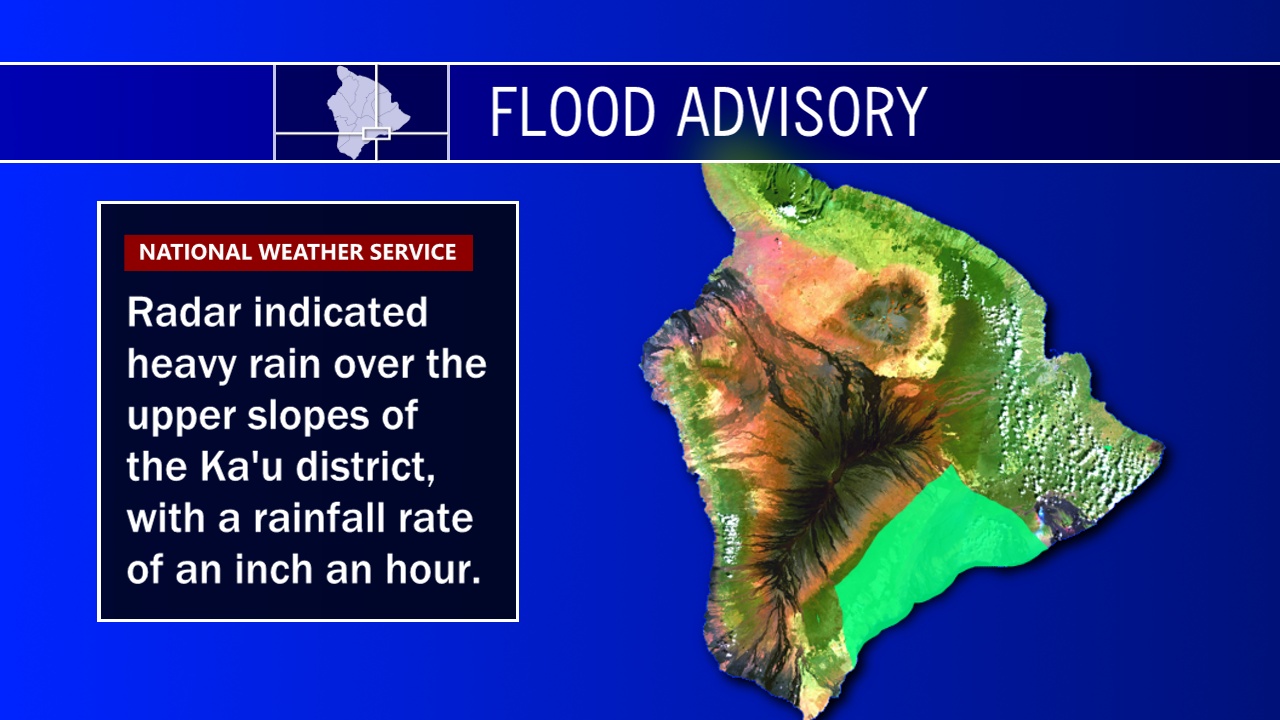 HAWAII ISLAND - The National Weather Service in Honolulu has issued a flood advisory for parts of the Ka'u district, in effect until 7 p.m. HST

UPDATE (6:12 p.m.) – Weather radar showed that the heavy rain has ended, therefore the flood advisory has been cancelled, forecasters say.

(BIVN) – The National Weather Service in Honolulu has issued a Flood Advisory for the island of Hawaii, in effect until 7 p.m. HST

Forecasters say at 5:05 p.m. HST, “radar indicated heavy rain across over the upper slopes of the Ka’u district with a rainfall rate of an inch an hour.”

Expect a rise in the streams and gulches as rain continues to fall at the higher slopes, forecasters say.

Locations in the advisory include but are not limited to Pahala, Wood Valley, Kawa Flats, Hawaii Volcanoes National Park, Punaluu Beach, Naalehu and Volcano.

“Stay away from streams, drainage ditches and low lying areas prone to flooding,” the National Weather Service says. “Rainfall and runoff will also cause hazardous driving conditions due to ponding, reduced visibility and poor braking action. Do not cross fast flowing or rising water in your vehicle, or on foot. Turn around, don`t drown.”

This advisory may need to be extended beyond 7 p.m. HST if heavy rain persists.