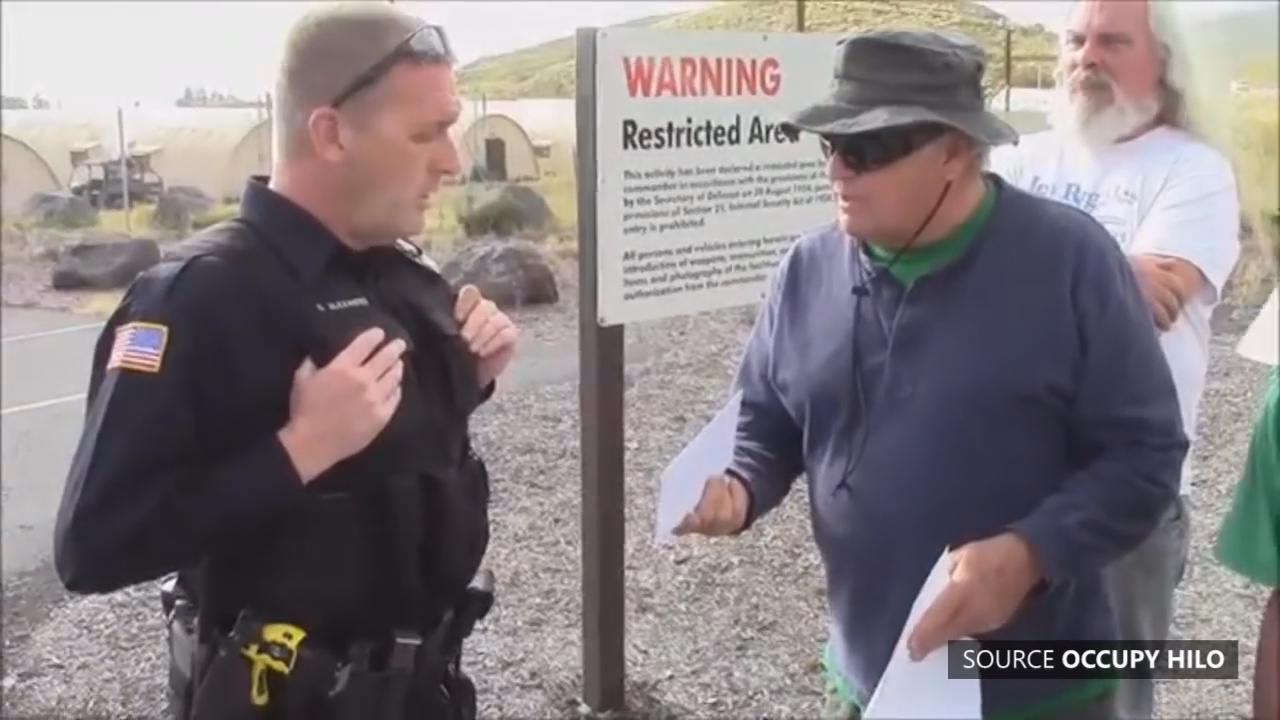 Three administrative judges on the U.S. Nuclear Regulatory Commission’s Atomic Safety and Licensing Board denied the requests made by Jim Albertini, Cory Harden, Ruth Aloua and Hāwane Rios, ruling that the four lacked standing, and that “no contention put forward by any Petitioner satisfies the requirements for
an admissible contention.”

The four petitioners were seeking a hearing on the second license amendment request submitted by the U.S. Army Installation Command (the Army) regarding the after-the-fact possession of depleted uranium (DU) at Pohakuloa, addresses licensing conditions “requiring the submission of site-specific Environmental Radiation Monitoring Plans (ERMPs) and site-specific dose calculations that are consistent with the programmatic ERMP and dose modeling methodology approved by the first licensing amendment to the source materials license.” The residents raised numerous concerns about Army studies and monitoring plans.

“Citizen radiation monitors on numerous occasions have detected radiation levels three to four times background levels in public areas around PTA….How much DU oxide dust is being dispersed from Pohakuloa is unknown,” said a disappointed Jim Albertini in a news release following the NRC’s hearing denial.

Harden was also quoted in the release, saying “Records point to about 2,000 DU spotting rounds used at PTA, but only a few fragments have been found. Only 1,000 acres of the 51,000-acre PTA impact area were surveyed for DU. Concerns raised by professionals outside the Army and NRC were largely ignored.”

Ruth Aloua and Hāwane Rios said, “We are Kanaka Maoli that live within five miles of PTA in Waikiʻi Ranch. We have used the citizen radiation monitors at the farm during live-fire trainings and recorded radiation spikes of 62 counts per minute. If we are getting these readings here, what is happening to the rest of the island? In 2008 the Hawaii County Council approved Resolution 639-08 urging for comprehensive independent testing and monitoring to determine the extent of radioactive contamination of Pōhakuloa. The conditions of this resolution still havenʻt been met and the concerns of the community have not been addressed. There is a need for in-depth, long term, independent air monitoring of DU and, tragically, this is being blatantly and strategically ignored.We demand accountability, truth, and action. We are not afraid, we will not be silenced, and we are not defeated. The people deserve answers and Pōhakuloa deserves justice. Aloha ʻĀina! ”

Aloua and Rios’ location five miles away from PTA was also not enough to establish proximity-plus standing, the panel said, because the two Waikii residents failed to establish that the DU in radiation control areas are a significant source of radioactivity that produces an obvious potential for offsite consequences.

“Like Petitioners Albertini and Harden, Petitioners Rios and Aloua fail to articulate a plausible chain of causation or, in this context, a plausible DU transport mechanism,” the NRC panel said of potential air and water pathways, stating that “similar pathways were resolved in the prior licensing proceeding and reconsideration is precluded by the air and groundwater monitoring requirements set forth in the amended licensing basis.”

“Petitioners’ claims that the Army is illegally occupying or failing to satisfy lease obligations associated with Pohakuloa are property claims that do not address environmental monitoring or dose modeling and, therefore, do not fall within the scope of the second license amendment,” the NRC judges said.

Albertini, Harden, Aloua and Rios say they will “continue to seek resolution for unanswered questions about DU hazards.”