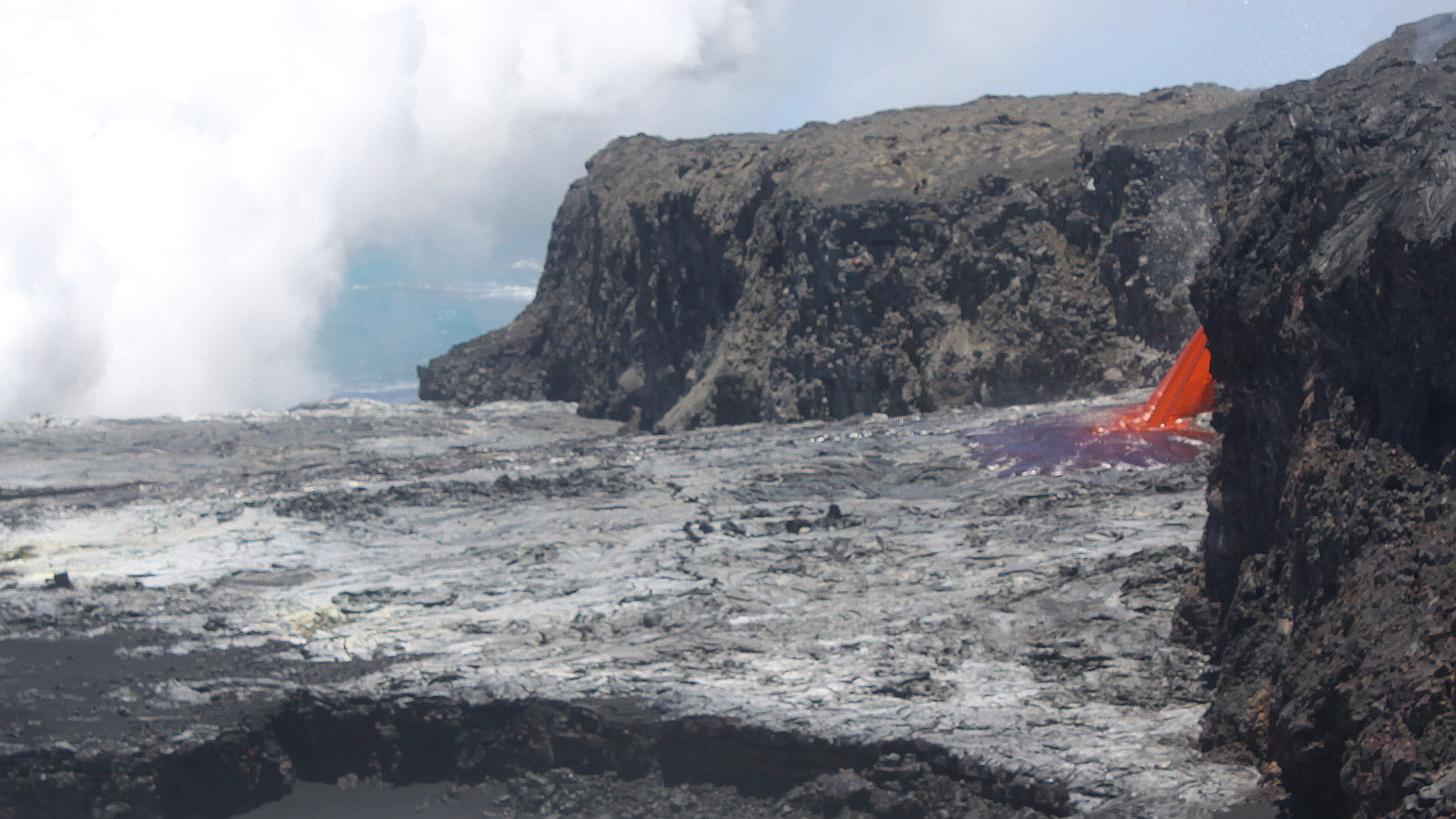 HAWAII VOLCANOES NATIONAL PARK - The lava activity at the Kamokuna ocean entry that previously thrilled the world made a brief re-appearance over the weekend.

(BIVN) – After thrilling the world for several weeks at the start of 2017, the lava “firehose” at the Kamokuna ocean entry on Kilauea volcano disappeared. But on Sunday, the spectacle made a short-lived return.

The USGS Hawaiian Volcano Observatory reported that on Sunday, June 25 – between 11:39 a.m. and 11:44 a.m. HST – the “firehose activity started at the ocean entry and continued for less than 10 minutes.”

Scientists say a USGS time-lapse camera, which takes a photo every 5 minutes, caught a glimpse of the firehose. Less than five minutes later, it was replaced by a lava channel on the delta. 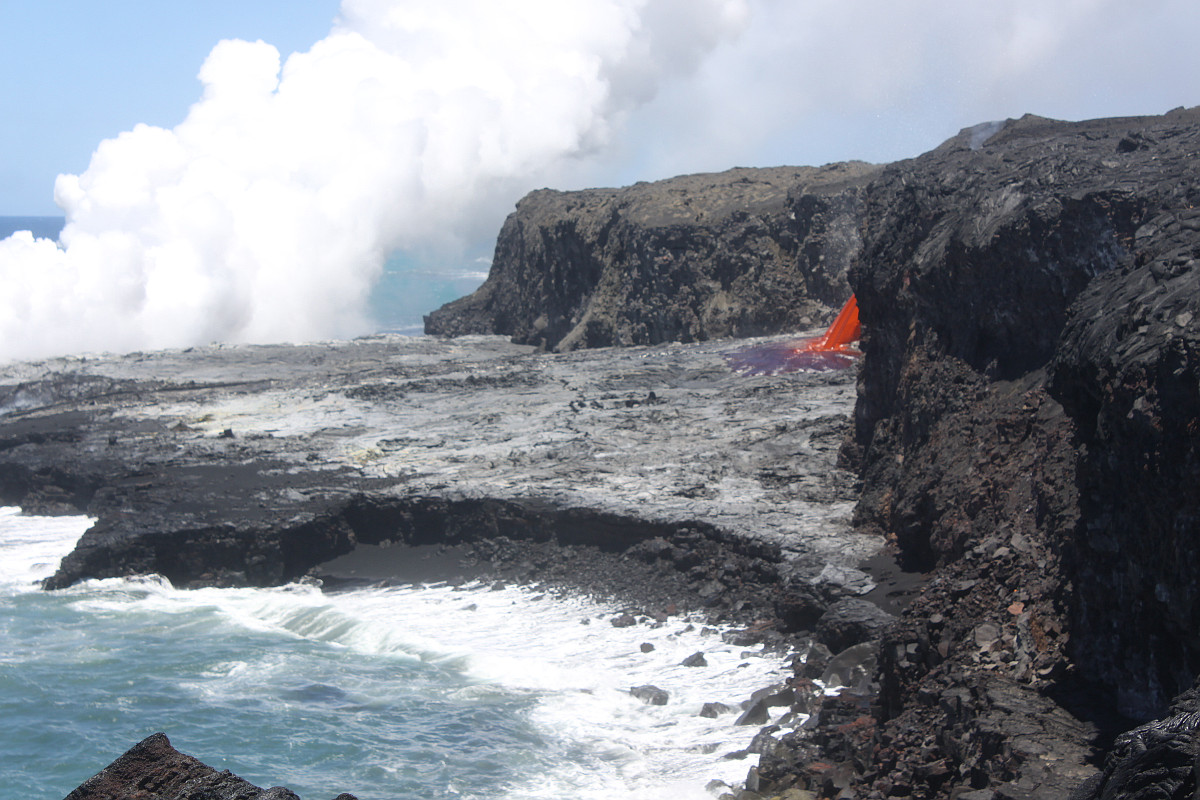 (USGS) A Hawaiian Volcano Observatory time-lapse camera captured this image of the lava firehose at 11:44 a.m.

“The cause of the short-lived firehose activity was not visible from the time-lapse camera, but was likely the result of a failure of the 61g tube casing where it exits the old sea cliff,” scientists said. 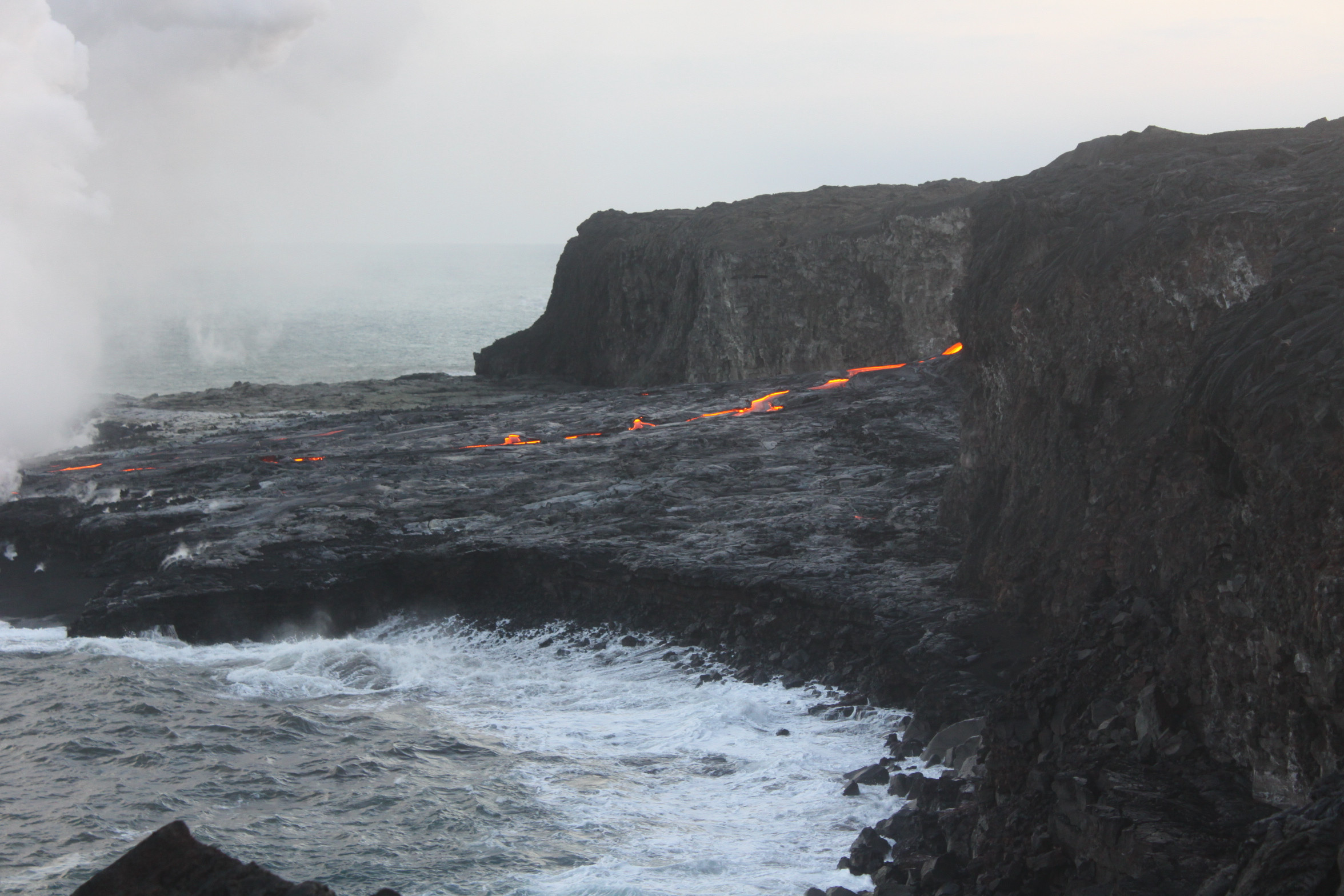 (USGS) This photo from June 25 shows the established lava channel at 6:49 pm HST, hours after the firehose activity

Lava tour operator Shane Turpin also reported the failure of the tube, capturing impressive video of the channelized lava entering the water from the delta on Sunday.

In a Monday update, USGS also reported there was a partial collapse of the delta, according to Hawaii Volcanoes National Park visitors. However, later in the day, “HVO observers did not see any active surface breakouts on the delta and the channel has tubed over, but some narrow streams of lava were spilling into the ocean,” the scientists said. “The delta had lost some small chunks, but there was no evidence seen of a large-scale delta collapse.”