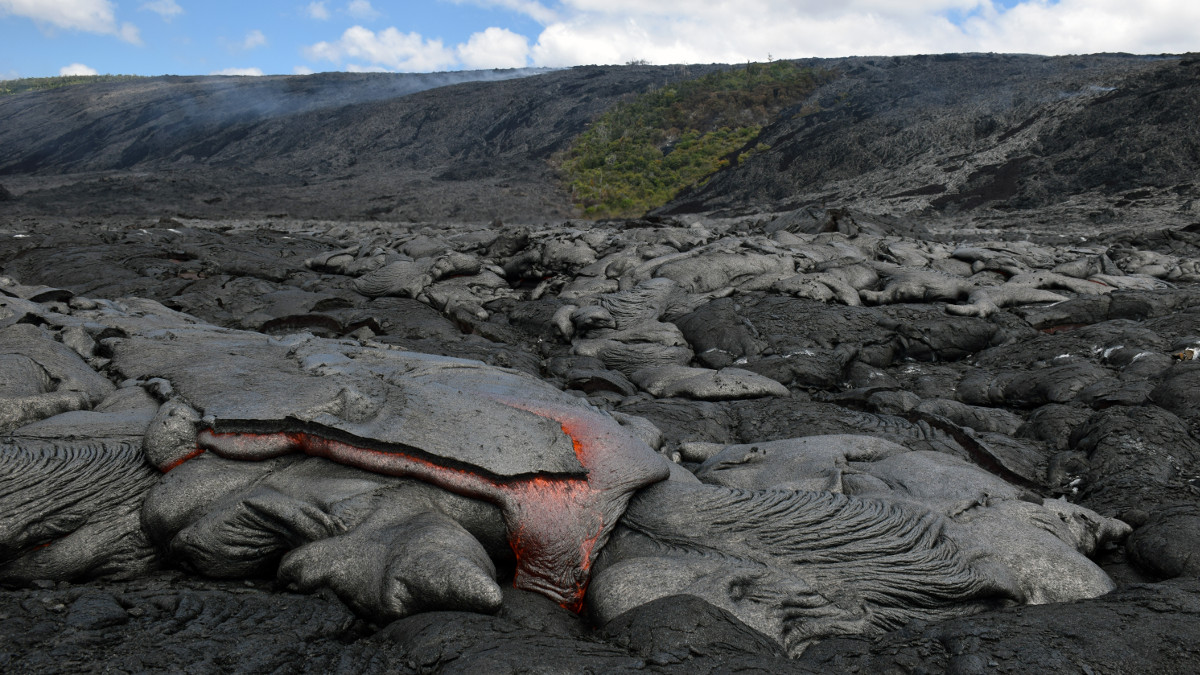 KALAPANA, Hawaii - A breakout that started June 26 on the upper pali is now advancing across the coastal plain, the USGS reports.

(BIVN) – The lava breakout that streamed down the cliffs of Pulama pali yesterday have since been documented by scientists with the USGS Hawaiian Volcano Observatory. The breakout started on June 26 on the upper pali, part of the ongoing 61g episode that is erupting from the flank of Puʻu ʻŌʻō and flowing miles downhill to the Kamokuna ocean entry.

On July 6, John Tarson of Epic Lava Tours recorded video of the lava breakout as it reached the coastal plain.

Later that day, the USGS scientists posted photos taken during their observations to the HVO website. “The flow front has advanced approximately 500 m (0.3 miles) from the base of the pali,” the scientists wrote, “and was about 2.7 km (1.7 miles) from the emergency road this morning.” 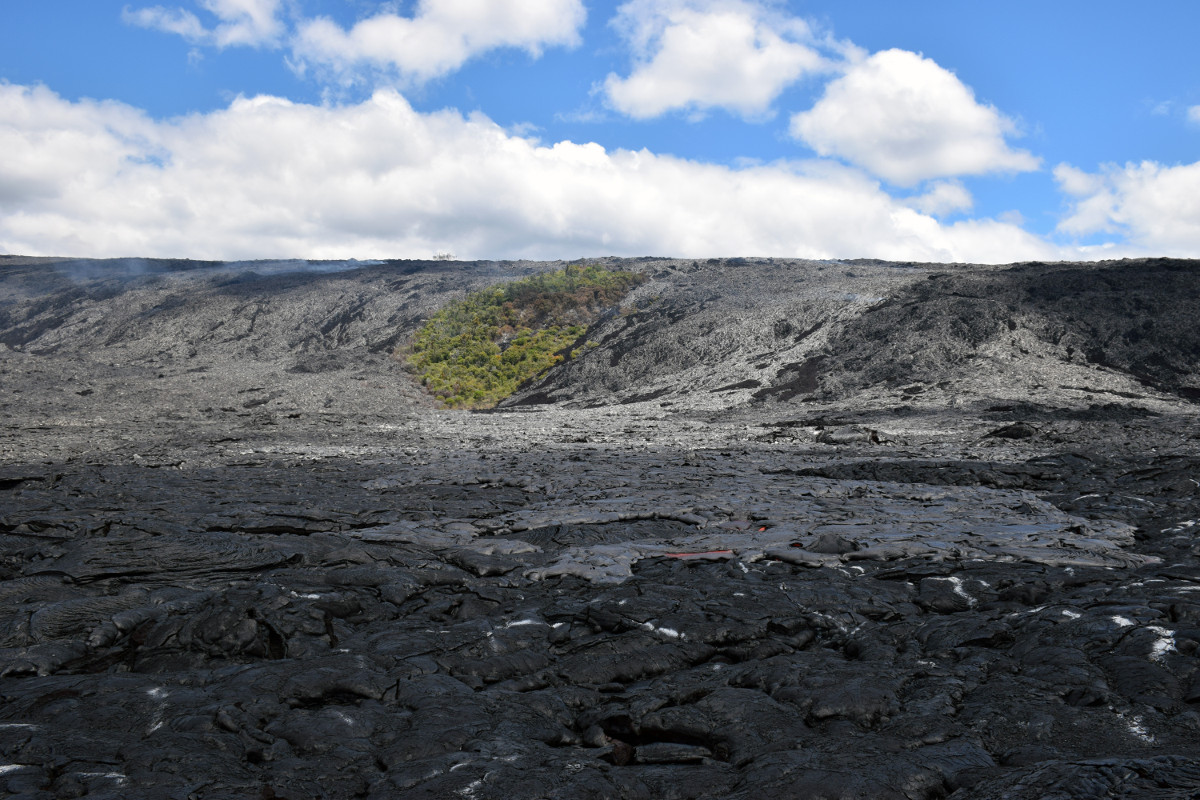 USGS PHOTO: The pāhoehoe flow front, visible in the center of the photo, was very fluid and active when mapped today by geologists. Active and recently active surface flows are silver in appearance, like the flow front; also note the silver appearance on the steep part of the pali to the right of the kipuka. The main tube system for the episode 61g flow is degassing higher up on the pali (left-center).