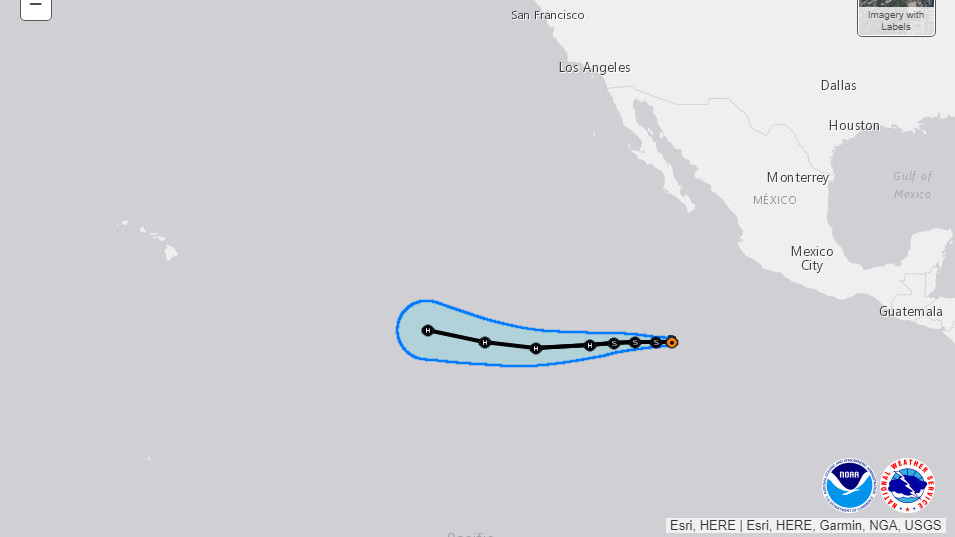 EASTERN PACIFIC - Tropical Depression Six-E, 760 miles south of the southern tip of Baja California, has become better organized during the past several hours and is now a tropical storm.

(BIVN) – Tropical Storm Fernanda, far from Hawaii in the Eastern North Pacific, is heading west as it becomes stronger.

Fernanda is not the first tropical storm to form over the ocean this season, but it is the first that appears to be headed towards the Central Pacific. However, its over a week away from doing so, even if the forecasted track holds.

The storm, 760 miles south of the southern tip of Baja California, has become better organized during the past several hours. Fernanda is expected to gather speed and strength in the coming days, and should be strong hurricane by the weekend, forecasters predict. 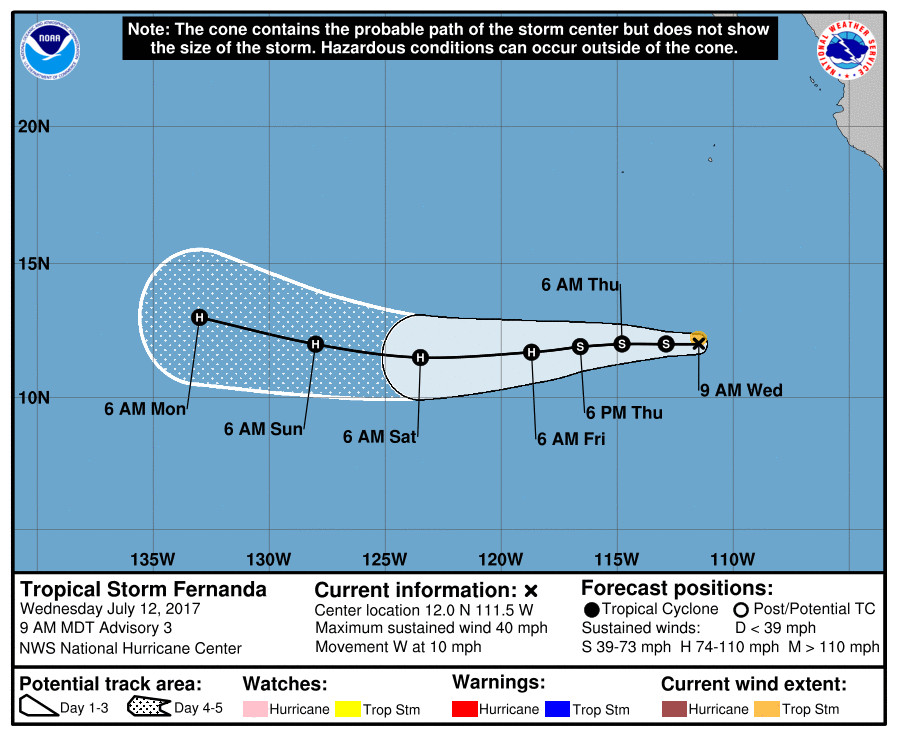 This is from the National Hurricane Center discussion, posted Wednesday morning:

Convection associated with Tropical Depression Six-E has become better organized during the past several hours. While the cyclone is still being affected by northeasterly vertical wind shear, an area of convection has formed over the low-level center and outer convective bands are present in the southwestern semicircle. An average of various satellite intensity estimates is 35 kt, and based on this the depression is upgraded to Tropical Storm Fernanda.

The initial motion is 270/9. Deep-layer ridging north of the cyclone is steering it generally westward, and the ridge is expected to strengthen and build westward during the next 4-5 days. Based on this evolution, Fernanda should move generally westward or south of westward through at least 72 hours, with a north of west motion expected thereafter. There has been little change in the guidance since the previous advisory, and the new forecast track is similar to, but slightly south of, the previous forecast.

The large-scale models suggest that the current shear should subside over the next 24 h or so and then remain light through the remainder of the forecast period. That, combined with 28-29C sea surface temperatures along the forecast track, should allow the system to intensify. As seen in the previous advisory, the new intensity forecast calls for gradual strengthening during the first 24-36 h, followed by a faster rate of development from 36-72 h. The new forecast is similar to the previous forecast and is in best agreement with the intensity consensus. It should be noted that while the environment is not currently conducive for rapid intensification, it may become more favorable once the shear decreases.