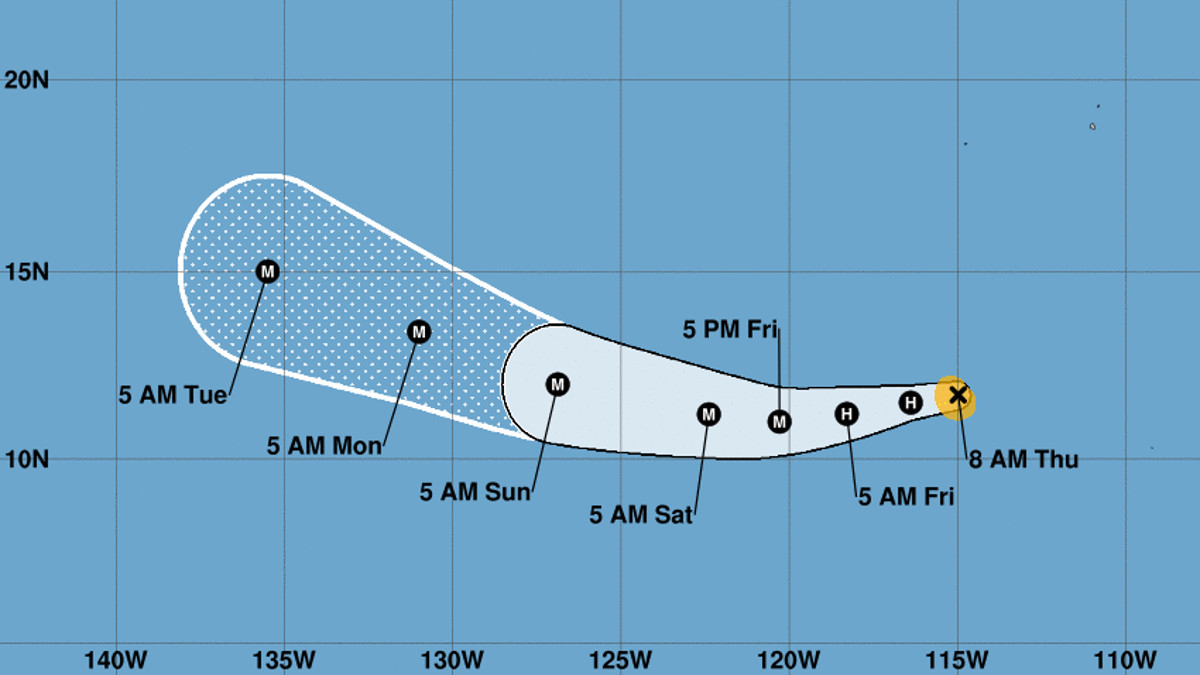 PACIFIC OCEAN - Winds could reach up to 140 mph next week as the storm moves west in over the Eastern North Pacific. 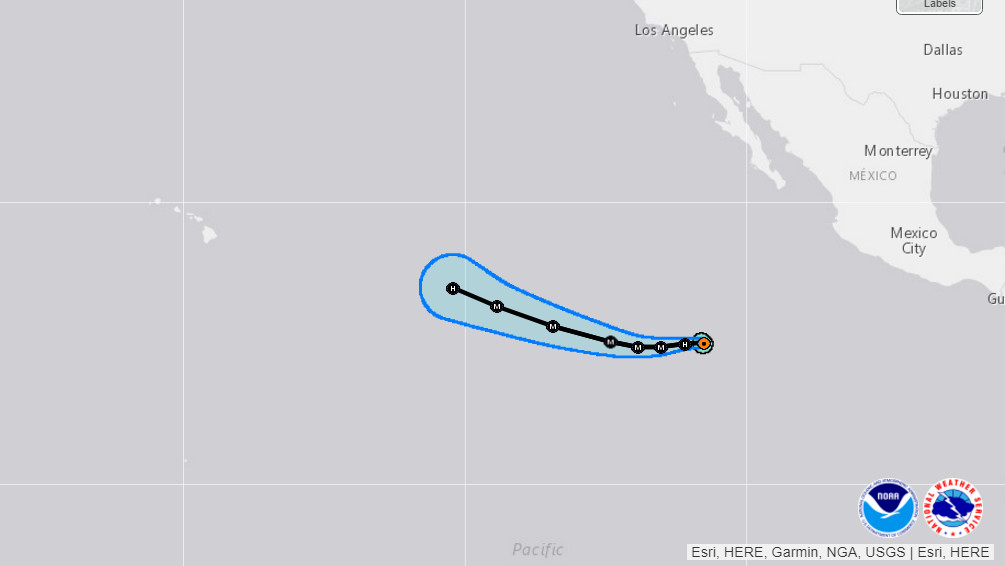 (BIVN) – The National Hurricane Center is issuing advisories on Tropical Storm Fernanda, located several hundred miles south-southwest of the southern tip of the Baja California peninsula, as the storm grows stronger while moving west towards the Central Pacific.

Fernanda is far from Hawaiian waters and although the forecast track predicts the storm will continue to move in the general direction of the islands over the next 5 days, it is too early to say if the storm will present any kind of threat to the state.

“Tropical activity in the Eastern Pacific is picking up and we’re beginning to turn our attention to Fernanda which appears like it could be the first tropical cyclone of 2017 to cross into the Central Pacfic basin (over 140W) given it’s westerly forecast path,” the National Weather Service in Honolulu postd to Facebook this morning. “That said, Fernanda is about 2700 miles away which is about the same distance to us as Las Vegas. It’s too early to tell if Hawaii will be affected, but this is a reminder to go over your hurricane preparedness plan and ensure you have enough food, water and supplies to last each person for 14 days.” 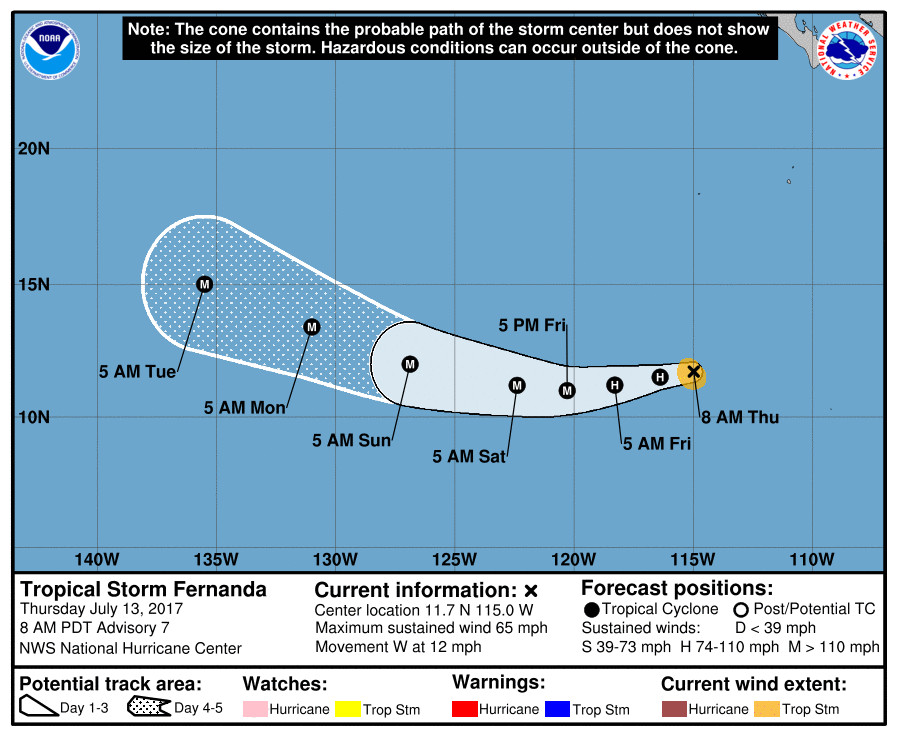 The storm is intensifying and is expected to become a hurricane later today. From there it will rapidly intensify, possibly becoming a Category 4 storm in 72 hours.

Here is the discussion posted by the National Weather Service’s National Hurricane Center on Thursday:

Recent IR and WV images show that Fernanda has begun to establish good outflow in all quadrants, indicating that the shear that previously affected the tropical storm is diminishing. Recent SSMI and SSMIS passes from 1016 and 1130 UTC, respectively, show that that convection is wrapping all the way around a mid-level center, but the low-level center remains displaced a little to the north-northeast. Dvorak estimates from TAFB and SAB have increased to T 3.5 / 55kt, and the initial intensity has been increased to that value.

Confirming what the satellite data suggests, the analyzed shear has decreased below 10 kt. Warm SSTs and sufficient moisture are also contributing to an environment that is very conducive for continued intensification. The SHIPS-RII shows a greater than 50 percent chance of a 30 kt increase in 24 hours and a 45 kt increase in 48 hours. This is a notable increase in the probabilities which have doubled in the last 12 h. Considering the convective structure of the cyclone has improved over the past few hours, and the lack of any obvious inhibiting environmental factors, rapid intensification within the next 24 or 36 hours seems likely. The intensity forecast has been substantially increased for the first 48 hours and now explicitly shows an increase of 30 kt within 24 hours. Fernanda is forecast to be at or near major hurricane strength by tomorrow evening, with conditions favoring additional intensification after that. Near the end of the forecast period, the hurricane is expected to encounter decreasing sea surface temperatures that could cause slight weakening. The intensity forecast is near the top of the guidance envelope, close to the corrected consensus aids FSSE and HCCA.

No major changes have been made to the track forecast. The initial motion estimate remains 265/9 kt. A deep-layer ridge extending over a large portion of the eastern north Pacific will steer Fernanda generally westward for the next 2-3 days. Most of the dynamical guidance still shows a slight weakening of the ridge after about 3 days which would cause Fernanda to turn toward the northwest. The NHC forecast is very close to to the track consensus TVCN and is nearly on top of the previous forecast.