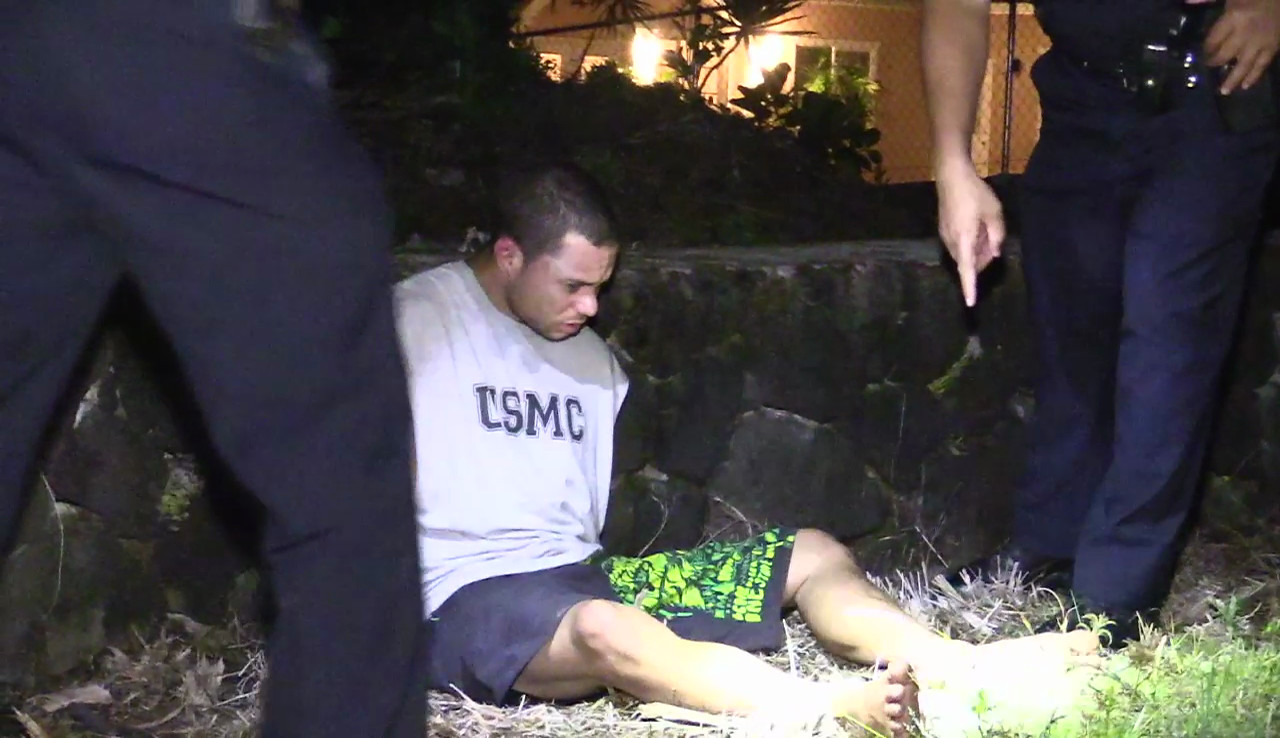 (BIVN) – A 25-year-old Volcano man wanted in connection with a rash of alleged property crimes and firearms violations was arrested in Puna Monday.

Arnold Bartolo Jose Fernandez, also known as “BJ” Fernandez, was was found hiding on the property of an uninvolved Hawaiian Paradise Park resident and taken into custody without further incident.

Acting on tips from the public, officers responded to the Orchidland area in Keaʻau earlier that day to look for Fernandez, who police say was wanted for an outstanding warrant and reportedly driving a stolen Subaru. Police located the unattended Subaru at a business complex on Orchidland Drive. 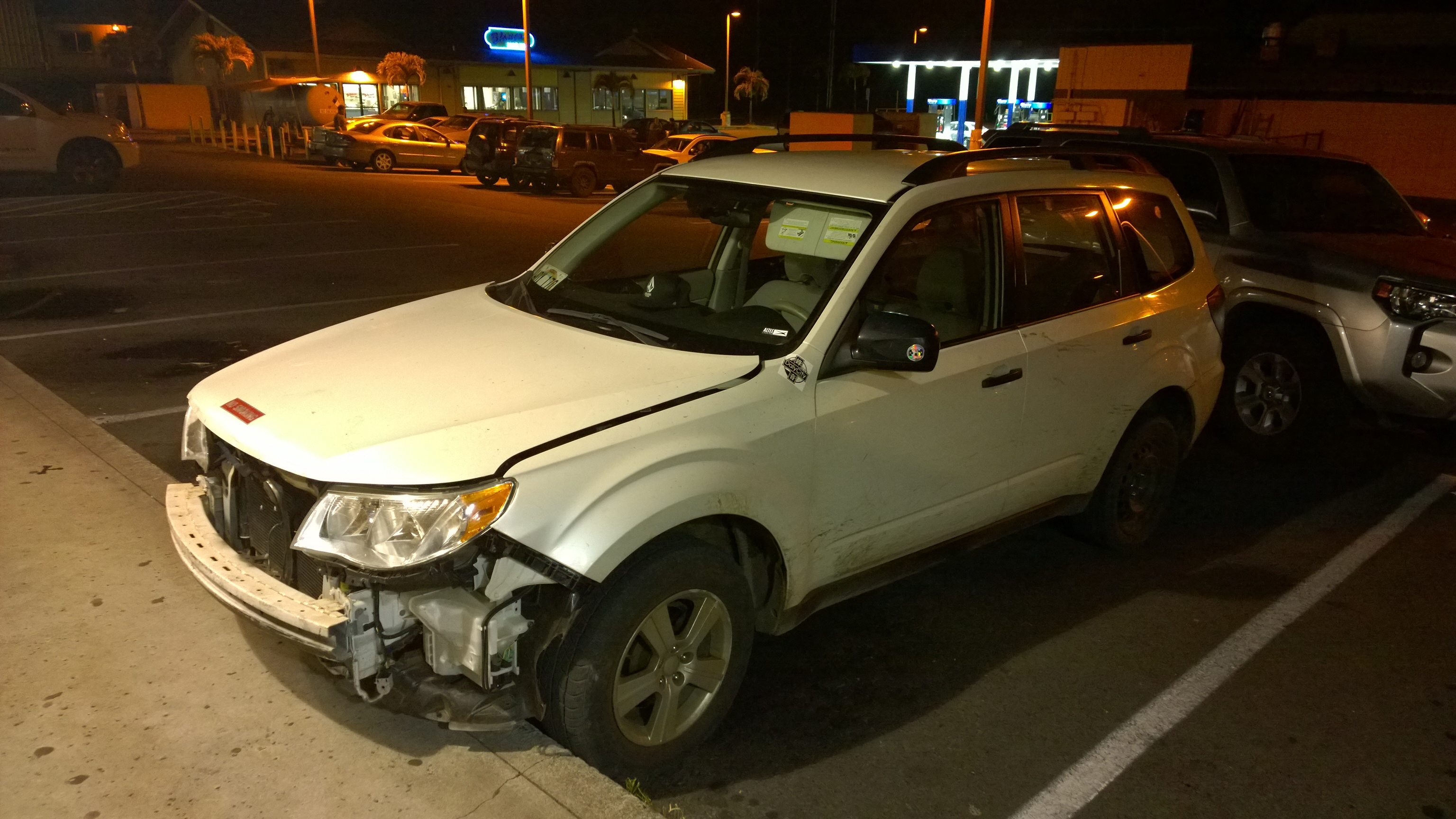 “As officers approached the vehicle,” police recounted in a Wednesday media release, “Fernandez ran from a nearby retail business, across the highway and into the Hawaiian Paradise Park (HPP) Subdivision.” After an extensive search of the area, Fernandez was found at 9:30 p.m., arrested, and taken to the Hilo cellblock while a special task force within the Criminal Investigations Division continued the investigation.

Police say the arrest is part of a larger effort to address the “deeply concerning increase in property crimes, mainly stolen motor vehicles.”

According to police, Fernandez is believed to be responsible for the following crimes, all occurring during the month of July in the Puna District:

July 3, Discharging a firearm on a road

July 3, Threatening with the use of a firearm

July 3, Possession of a firearm while previous felony cases are pending against him

July 3, Possessing a firearm on a roadway that was not in an enclosed container

July 3, Driving without a license

July 5, Driving without a license

July 6, Stealing items after breaking into a residence

July 16, Stealing items after breaking into a residence

July 17, Stealing items after breaking into a residence

July 17, Stealing items after breaking into a different residence

July 17, Driving without a license

July 17, Possession of ammunition that was not in an enclosed container

July 17, Possession of ammunition while previous felony cases are pending against him

According to the police release:

On (July 19), police charged Fernandez with four counts of first degree burglary, three counts of unauthorized control of a propelled vehicle, three counts of driving without a license, two counts of ownership prohibited (of a firearm) and one count each of third degree promoting a detrimental drug, unauthorized possession of confidential personal information, theft of a credit card, place to keep ammunition, place to keep pistol, second degree reckless endangering, first degree terroristic threatening and having a firearm on a highway. His bail is set at $249,000.

Fernandez is being held at the Hawaiʻi Community Correctional Center pending his initial court appearance scheduled for (July 20), in District Court.

Police say they developed a task force to address the alarming number of auto thefts on/about July 7, and had their first arrests four days later when they apprehended 19-year-old Christian Olivera and 24-year-old Jasmine Saragosa-Taoy, also in HPP.

“Investigators are continuing to examine these cases to determine if additional suspects are involved,” police wrote today. “The task force will continue to focus their attention on those responsible for these types of crimes. We thank the community for their continued support by providing information regarding crimes such as these as well as locations of these criminals.”

Anyone with information about these incidents or any stolen vehicles are asked to call the Police Department’s non-emergency line at (808) 935-3111 or Sergeant James Correa of the Area I Criminal Investigation Section at (808) 961-2272 or James.Correa@hawaiicounty.gov.