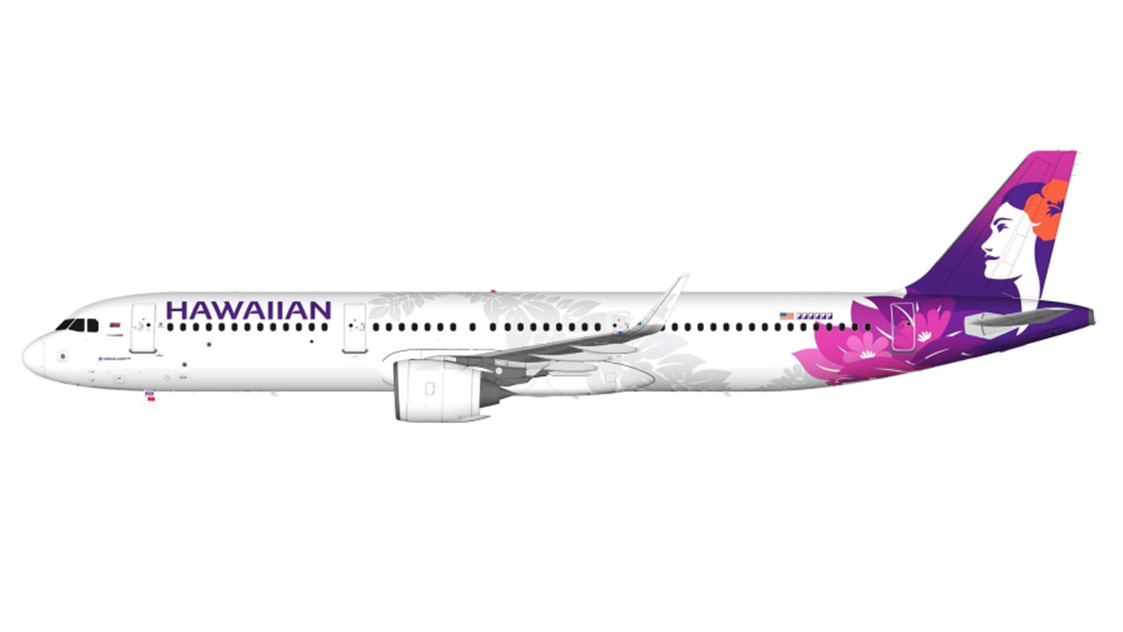 (BIVN) – Starting in March 2018, Hawaii Island residents will be able to take an afternoon flight to Los Angeles aboard the A321neo aircraft, any day of the week.

This media release was issued by Hawaiian Airlines officials on Monday, July 24:

“The introduction of A321neo service to the Western U.S. heralds the dawn of a new era for Hawaiian Airlines and its guests,” said Peter Ingram, executive vice president and chief commercial officer at Hawaiian Airlines. “The A321neo offers an unrivaled combination of comfort and efficiency, allowing our guests to choose from three cabin experiences to customize their journey. We look forward to announcing additional routes in the months and years ahead.”

The new A321neo service between Portland (PDX) and Maui (OGG) will launch on Jan. 18. Hawaiian’s seasonal widebody service currently offered between Oakland (OAK) and Kaua‘i (LIH) through Sept. 4 will resume April 11 as a daily A321neo flight. Daily service between Los Angeles (LAX) and Kona (KOA) on the Island of Hawai‘i launches March 11 with widebody aircraft before the A321neo is introduced in the summer of 2018. Guests may visit www.hawaiianairlines.com to purchase tickets for all routes operated by Hawaiian Airlines.

Hawaiian’s inaugural A321neo flight between the U.S. West Coast and Hawai‘i is planned for Jan. 8 on its existing OAK-OGG service. Additional routes will be announced as Hawaiian welcomes 18 new A321neo aircraft between the fourth quarter of 2017 and 2020.

New to Hawaiian’s guest experience, the A321neo will feature wireless streaming in-flight entertainment. Guests will be able to simply download an application on their personal electronic devices to enjoy a wide selection of complimentary and premium content, including movies, TV shows, music and other exclusive programming. Holders for personal hand-held devices and tablets will be integrated into the tray tables of the Premium Cabin as well as the first row of Extra Comfort, and built into the backrest of all other seats.

The A321neo boasts the quietest and most fuel-efficient engines for this aircraft type, along with aerodynamic wingtips called Sharklets that significantly reduce carbon emissions.

The flight schedule for Hawaiian’s A321neo flight out of Kona will be:

“The core of the A321neo experience will remain Hawaiian’s award-winning onboard hospitality program, Mea Ho‘okipa,” which means I am host, the airline states. “All guests are treated to island-inspired complimentary meals and made-in-Hawai‘i snacks to go along with the airline’s engaging presentation of the islands’ culture, people and Aloha Spirit throughout the flight.”

Sales for additional routes served by new A321neo aircraft will be announced later this year, the airline says.