HAWAII VOLCANOES NATIONAL PARK - USGS Hawaiian Volcano Observatory documents the latest activity on Kilauea, at the summit and on the coastal plain.

(BIVN) – A series of recent USGS Hawaiian Volcano Observatory photographs document the latest activity at Kīlauea Volcano, which continues to erupt at its summit and from the Puʻu ʻŌʻō vent on its East Rift Zone.

At the summit, where the lava lake in Halema’uma’u was measured at 79 ft below the Overlook crater rim this morning. There was no significant change in ground tilt over the past day, with little change in the level of the lake, scientists report. 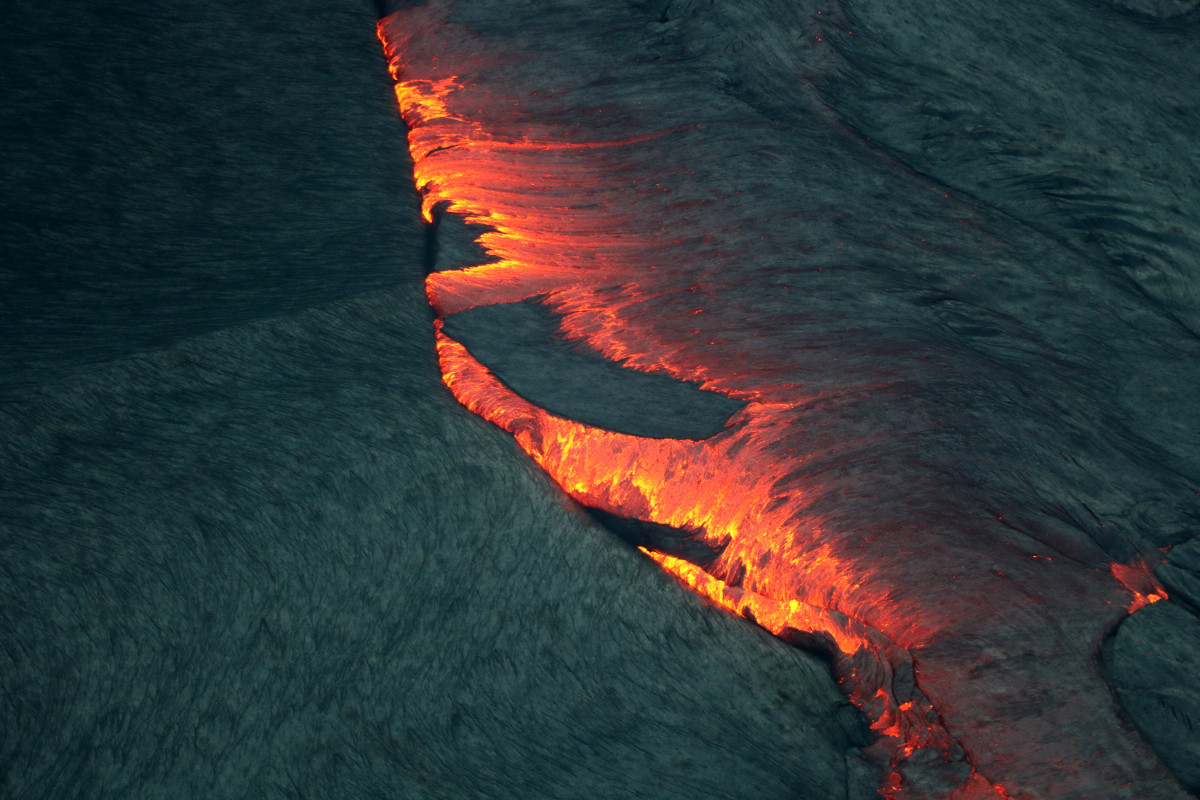 Clear weather provided good views of the lava lake on July 20. USGS captured this image of “crustal foundering, in which pieces of the thin, flexible lake crust sink beneath the surface.”

The episode 61g lava flow from Puʻu ʻŌʻō continues to enter the ocean at Kamokuna. Surface flows are active above the pali, with continued activity on the coastal plain. These flows pose no threat to nearby communities, USGS says.

Scientists say several large cracks have developed in the lava delta, running parallel to the coastline and spanning the width of the delta. “These cracks increase the likelihood of a large delta collapse,” USGS warns. 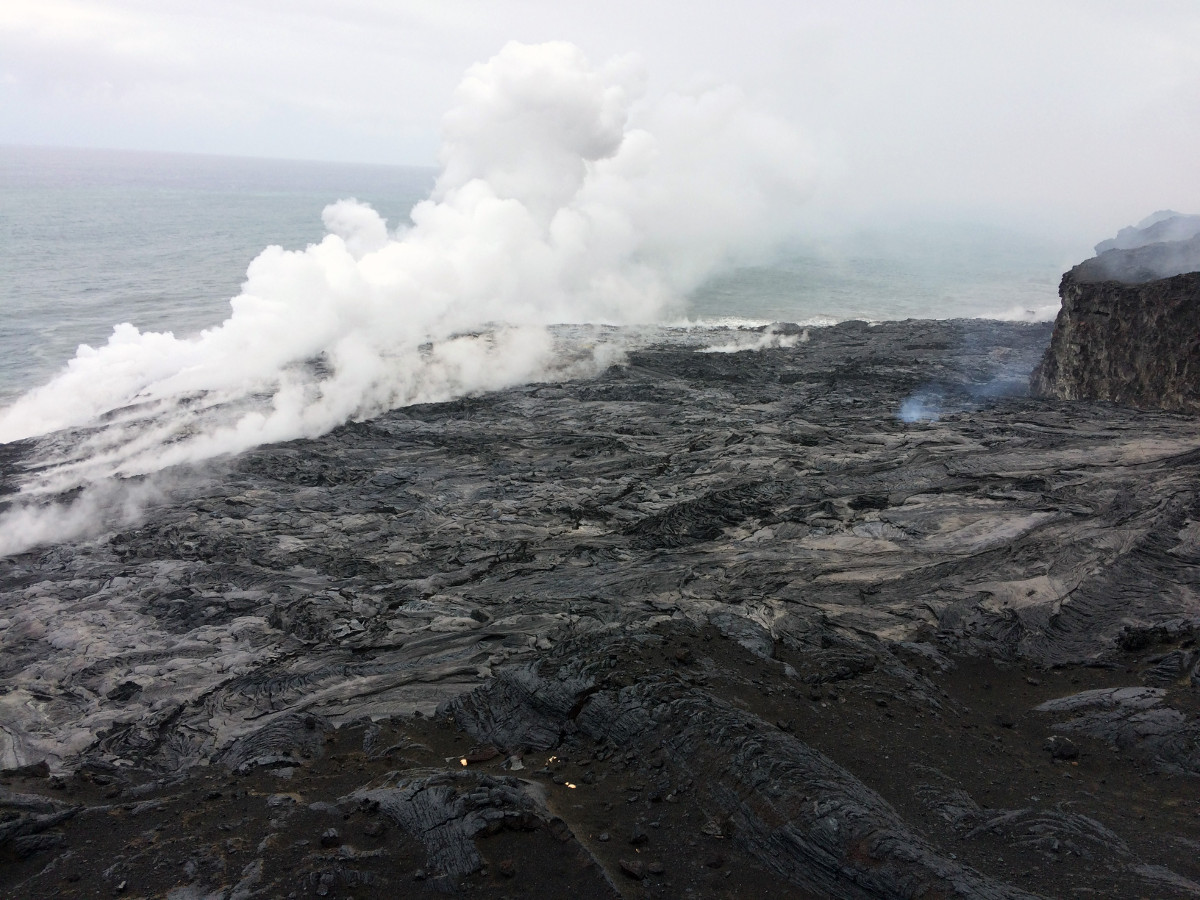 The large coast-parallel crack that spans the width of the delta (seen from lower-left to upper-right of image) remains prominent, USGS says.