HILO, Hawaii - The memory of the man once called "Hawai'i's Greatest Athlete" is preserved with a new monument, located at the county park that bears his name. 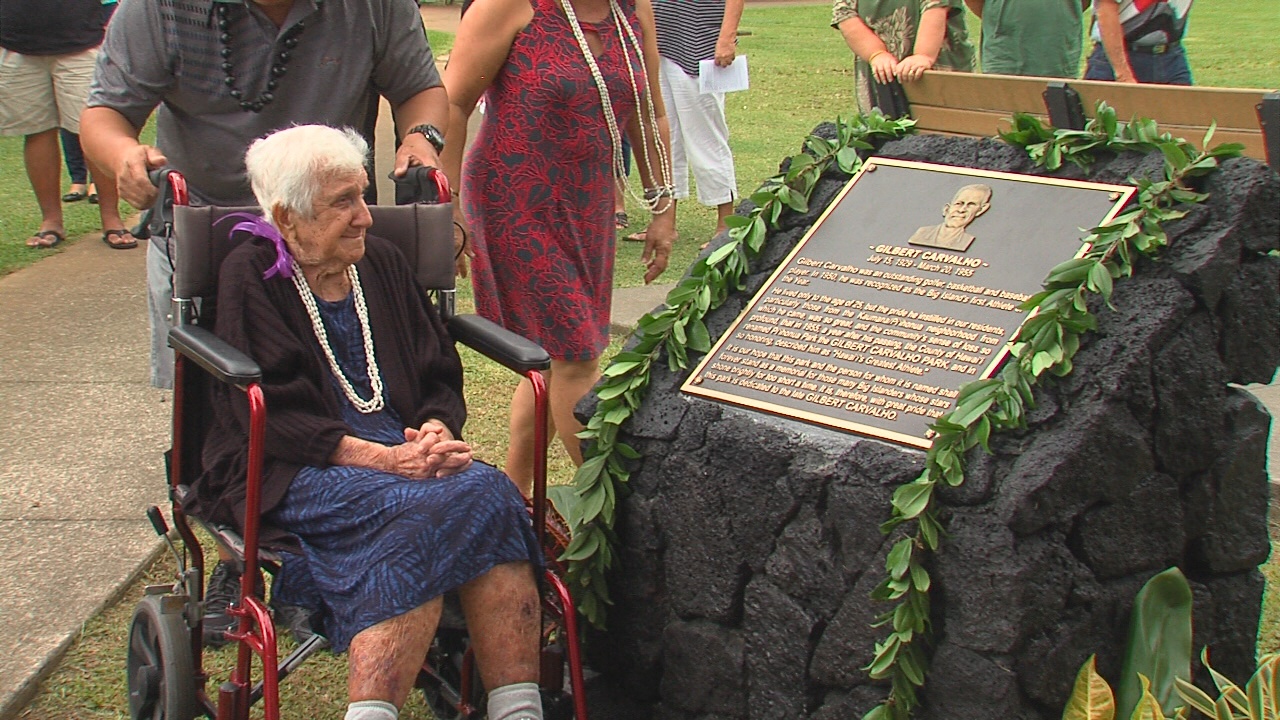 Ruby Carvalho, widow of Gilbert who died in 1955, sees the plaque honoring the memory of her husband for the first time.

(BIVN) – County officials, community members, and the Carvalho ‘ohana gathered to bless a new monument in honor of the the Big Island’s original Athlete of the Year.

Inscribed on the monument:

Gilbert Carvalho was an outstanding golfer, basketball and baseball player. In 1950, he was recognized as the Big Island’s first Athlete of the Year.

He lived only to the age of 25, but the pride he instilled in our residents, particularly those from the Kaumana/Pi’ihonua neighborhood from which he came, was so great, and the community’s sense of loss so profound, that in 1955, a year after his passing, the County of Hawai’i named Pi’ihonua Park the GILBERT CARVALHO PARK, and in so honoring, described him as “Hawai’i’s Greatest Athlete.”

It is our hope that this park and the person for whom it is named shall forever stand as a memorial for those many Big Islanders whose stars shone brightly for too short a time. It is, therefore, with great pride that this park is dedicated to the late GILBERT CARVALHO.