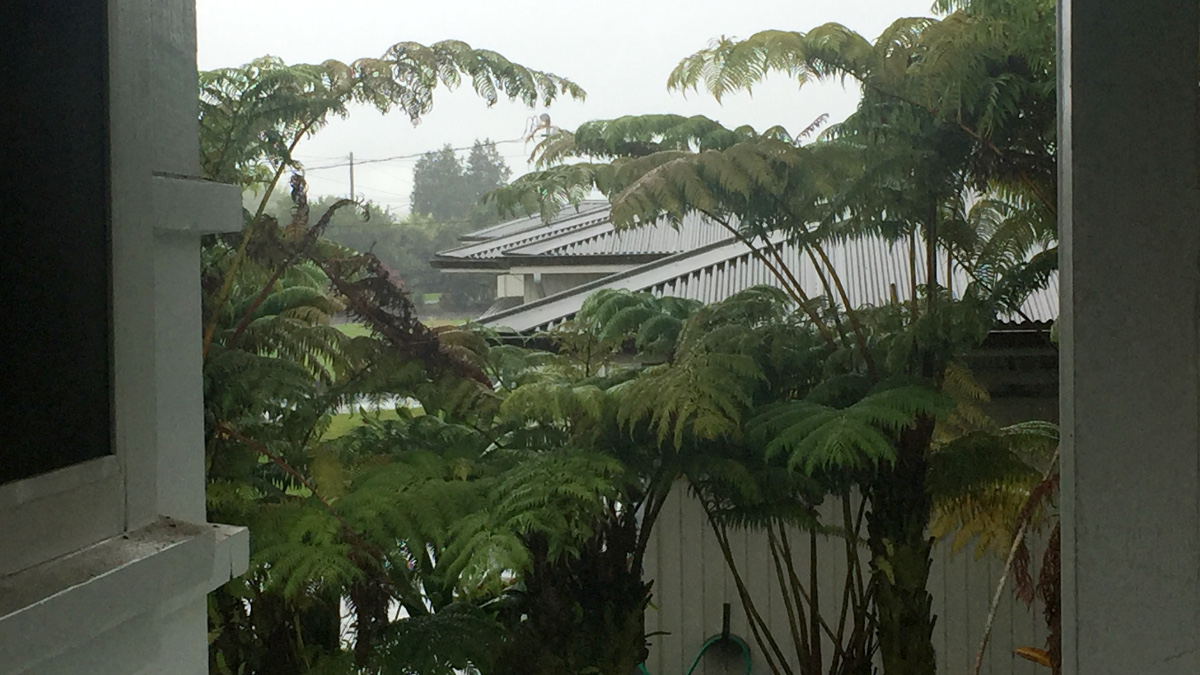 HAWAII ISLAND - Friday has been a rainy day in East Hawaii, as moisture from former Tropical Cyclone Greg brings showery weather to the island.

At 4:09 p.m. HST, radar indicated heavy rain near Waikoloa Village, or near Puuanahulu. Rain was falling at a rate of around an inch an hour.

The National Weather Service in Honolulu says most of the showers “will affect windward areas, but showers will also reach leeward sections of the smaller islands, while the leeward Big Island slopes will see some scattered showers the next two afternoons.”

From the 10 a.m. state forecast discussion by the NWS in Honolulu:

Satellite imagery shows a broken east to west oriented band of low clouds and embedded showers draped over Maui and Big Island counties. The band extends to the northwest across windward areas of Oahu and Kauai. This part of the band will gradually ease over these islands in the coming hours. Having said this, radar imagery shows the bulk of the showers affecting Molokai, Maui, and the Big Island. Passing Periods of sprinkles are observed over on the lee side of Oahu. Tops of these showers are around 10k feet over the smaller islands extending to as high as 20k feet off Hilo on the Big Island, and there are already clouds atop Mauna Kea this hour. With these facts, spotty heavy showers are possible over all parts of the Big Island the rest of today and early this evening. The GFS solution support this outlook for especially this afternoon, and there is an outside chance of a repeat for leeward Big Island Saturday afternoon. With the trade winds blowing nicely, the threat of flash flood is not likely.

Drier weather will gradually return by Sunday. High pressure north of the State will drive mainly moderate trade winds for the next week, forecaster say.