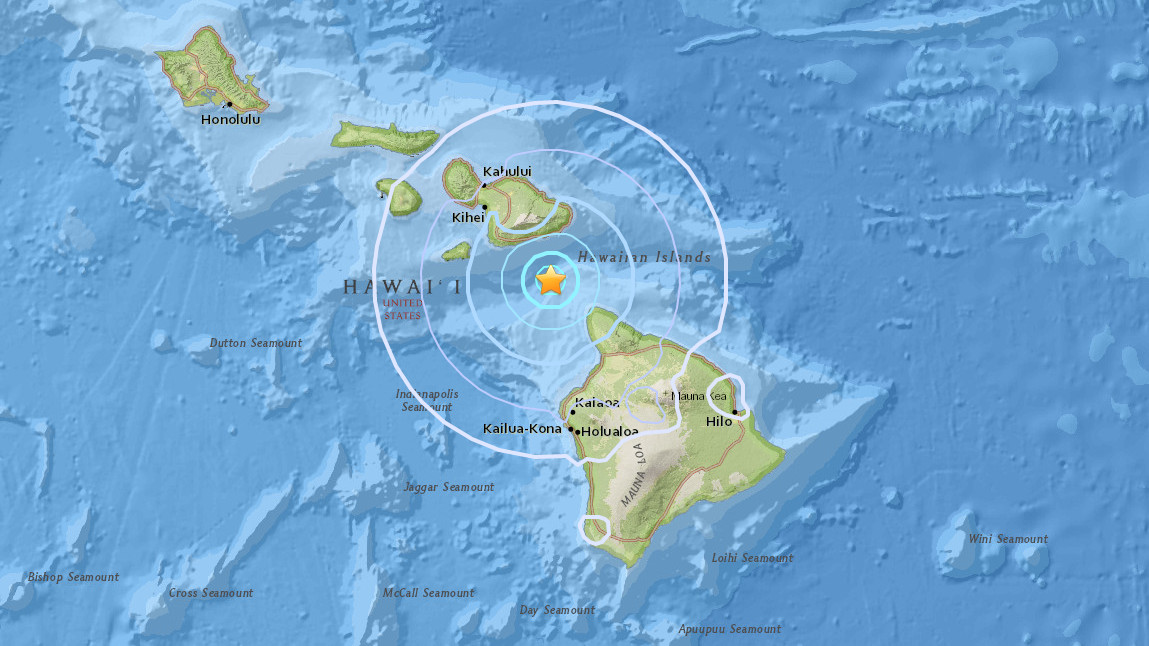 (BIVN) – A magnitude-4.2 earthquake occurred early Sunday morning between the Islands of Maui and Hawaiʻi.

The U.S. Geological Survey’s Hawaiian Volcano Observatory located the earthquake in the ‘Alenuihāhā Channel between the Islands of Maui and Hawaiʻi. It struck at 2:01 a.m. on Sunday, July 30, 2017.

Hawaii County Civil Defense quickly issued a message saying the quake did not generate a tsunami.

“The earthquake was located 26 km (16 mi) southeast of Kaupō, Maui, and 33 km (21 mi) northwest of Hāwī, Hawaiʻi, at a depth of 17 km (11 mi),” the scientists reported. “The USGS Did you feel it? website received almost 100 felt reports within an hour of the earthquake. The maximum intensity of shaking reported by residents on the islands of Hawaiʻi, Maui, Moloka‘i, and O‘ahu and computed by the USGS ShakeMap was III on the Modified Mercalli Intensity Scale, indicating light shaking.”

The earthquake was likely due to bending of the oceanic plate from the weight of the island, according to HVO Seismic Network Manager Brian Shiro, and poses no significant hazard. The earthquake had no apparent effect on Kīlauea Volcano’s ongoing eruptions.