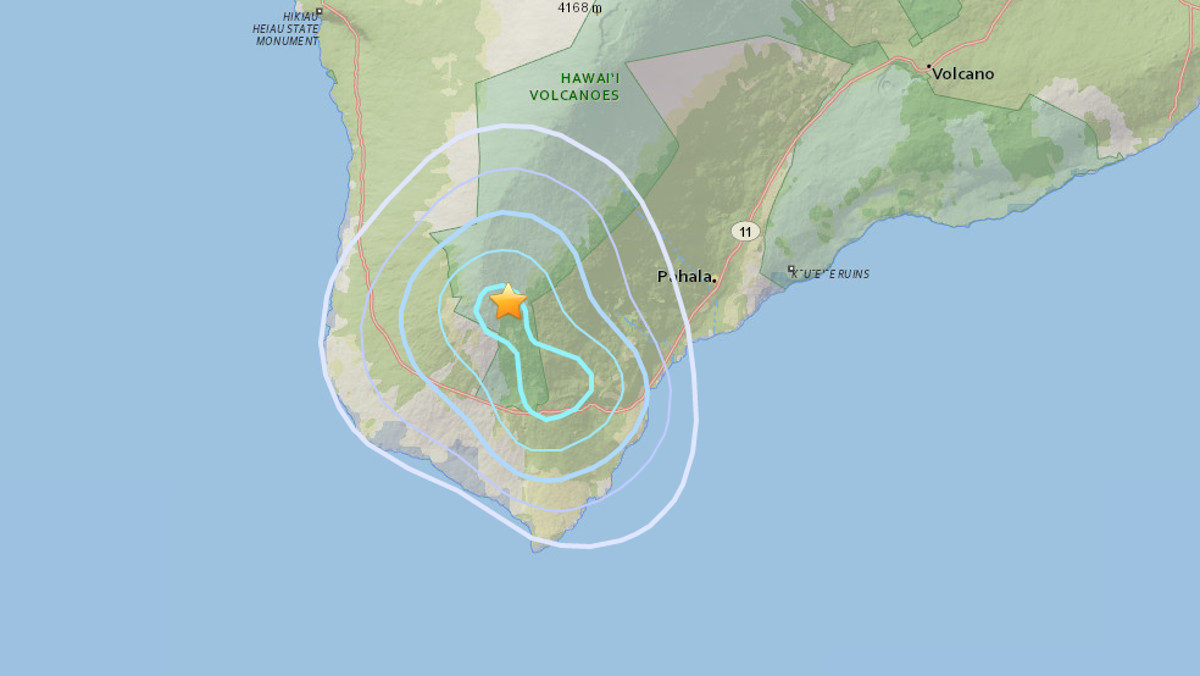 The temblor was recorded at a depth of 7.3 miles just east northeast of Hawaiian Ocean View Estates. The quake occurred at 3:52 p.m. HST.

Initial “Did You Feel It” data from the USGS Hawaiian Volcano Observatory appears to show only residents of Kaʻū felt the earthquake, which was initially reported as a magnitude 4.1 before it revised to a magnitude 3.8.

The earthquake did not create a tsunami, according to the Pacific Tsunami Warning Center website.

We will update this story with more information as it becomes available.