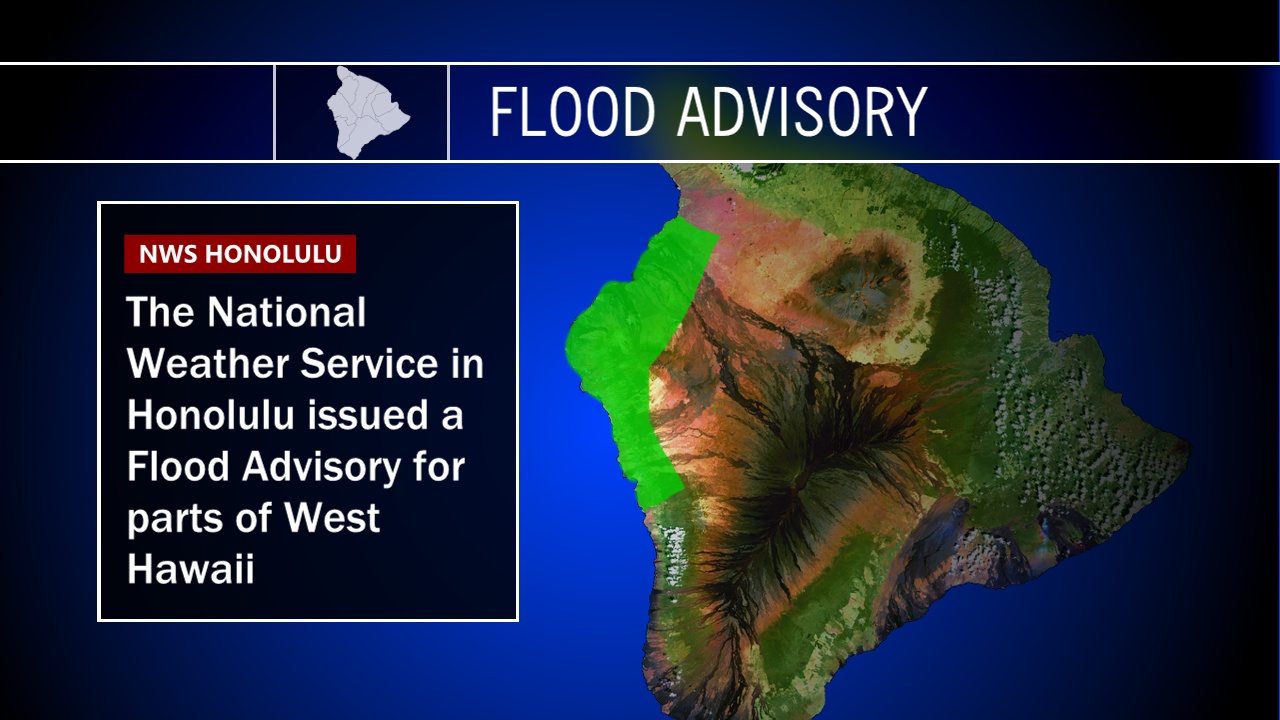 HAWAII ISLAND - Radar indicated heavy rain just to the east of Kailua-Kona town, with rainfall rates up to 2 inches an hour, forecasters say.

UPDATE (9:50 p.m.) – The Flood Advisory for Hawaii Island is no longer in effect. “Scattered showers, a few of them heavy, erupted across leeward Big Island late this afternoon and evening, prompting a Flood Advisory for mainly the Kona coast,” the National Weather Service wrote in a 9 p.m forecast discussion. “As of this writing, the showers, concentrated between the airport and Honaunau, are beginning to dissipate. Tops of these showers reached 12k feet.”

ORIGINAL STORY – The National Weather Service in Honolulu has issued a Flood Advisory for parts of West Hawaii, in effect until 9:45 p.m. HST.

At 6:48 p.m. HST, radar indicated heavy rain just to the east of Kailua-Kona town, with rainfall rates up to 2 inches an hour. Weather forecasters say another heavy shower was located just south of Waikoloa Beach Resort. These showers are moving very slowly.

Locations in the advisory include but are not limited to Kailua-Kona, Captain Cook, and Puuanahulu.

“Stay away from streams, drainage ditches and low lying areas prone to flooding,” the National Weather Service stated. “Rainfall and runoff will also cause hazardous driving conditions due to ponding, reduced visibility and poor braking action. Do not cross fast flowing or rising water in your vehicle, or on foot. Turn around, don`t drown.”

This advisory may need to be extended beyond 9:45 p.m. HST if heavy rain persists. Big Island Video News will update this page as needed.