HILO, Hawaii - Kristin Frost Albrecht will serve as the interim executive director, and will continue The Food Basket mission to end hunger in Hawai`i County. 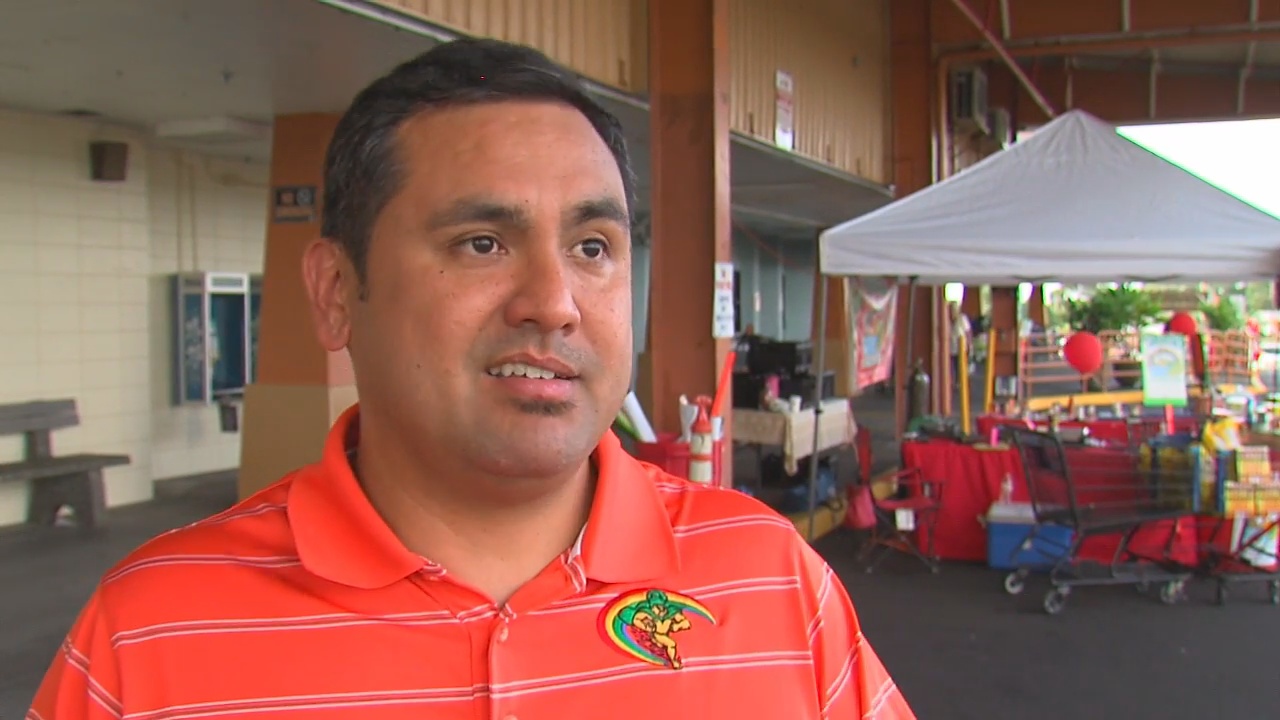 En Young, Executive Director of The Food Basket, Inc, is stepping down.

(BIVN) – En Young recently resigned as the head of Hawai`i Island’s Food Bank, taking a job as the general manager of a technology-based start-up that applies modern techniques to greenhouse farming.

The Food Basket shared this media release on Tuesday:

Young will continue his efforts in food sustainability as the general manager of a technology-based start-up, applying modern techniques to greenhouse farming to increase productivity and provide nutritious food to more individuals in Hawai`i.

Since taking the helm in 2013, Young led the continued development and success of The Food Basket. Part of his legacy includes the completion of the new Kona warehouse, a state of the art facility within the Ulu Wini Complex in Kailua-Kona. This new warehouse allows The Food Basket to better serve West Hawai`i. Young also led the successful implementation of a SNAP-based CSA program that was focused on food sustainability and a new food insecurity nutrition incentive program.

“It has been such an honor to return home to Hawai`i Island and put my energies toward assisting the community that made me who I am,” said Young. “Unfortunately, hunger still exists. I have brought my knowledge, skills, and relationships to The Food Basket, and they will continue to be a part of our food bank.

“However, a challenge this expansive and complex continues to need fresh infusions of energy and ideas. When I look at the way the staff carries themselves, when I hear feedback from the community, including clients and partner agencies, I know I have taken this agency as far as I could. I wish all the servants of The Food Basket’s continuing mission the very best, and am pleased to announce I will be continuing to attempt to fulfill my dream of an equitable food system in the private sector.”

Albrecht, who has served TFB for nearly three years as the former director of public relations and events and the current director of grants and compliance, will transition into the role of interim executive director. Prior to working at The Food Basket, Albrecht was the managing faculty in the Family and Community Health Department at Oregon State University’s Cooperative Extension Service, and served as executive director of the North Coast Food Web. She has served on the board of directors of several other non-profits in Oregon as well.

“The board of directors of The Food Basket bids a fond farewell to Executive Director En Young and a warm welcome to Interim Executive Director Kristin Albrecht,” said Board Chair Rhea Lee-Moku. “Under his leadership, Young developed and implemented several successful programs that have increased the number of people served monthly on Hawai`i island. The board of directors is confident that Albrecht will continue the growth and reach of The Food Basket.”

About The Food Basket: The Food Basket, Inc. – Hawai`i Island’s Food Bank is a 501(c)3 non-profit agency that acts as Hawai`i Island’s only food bank. The agency serves an average of 13,649 unduplicated individuals on a monthly basis through its network of nearly 100 partner agencies. In addition, TFB serves the community through one of the only CSA programs in the state of its kind, offering access to affordable, Hawai`i Island grown produce on a weekly basis. TFB is also home to several in-house programs focusing on keiki and kupuna, and is also the brainchild of the state’s first food access incentive program.