HILO, Hawaii - Hundreds participated in Saturday's event to raise funds for the Alzheimer's Association in an attempt to combat the epidemic affecting 1 in 3 seniors. 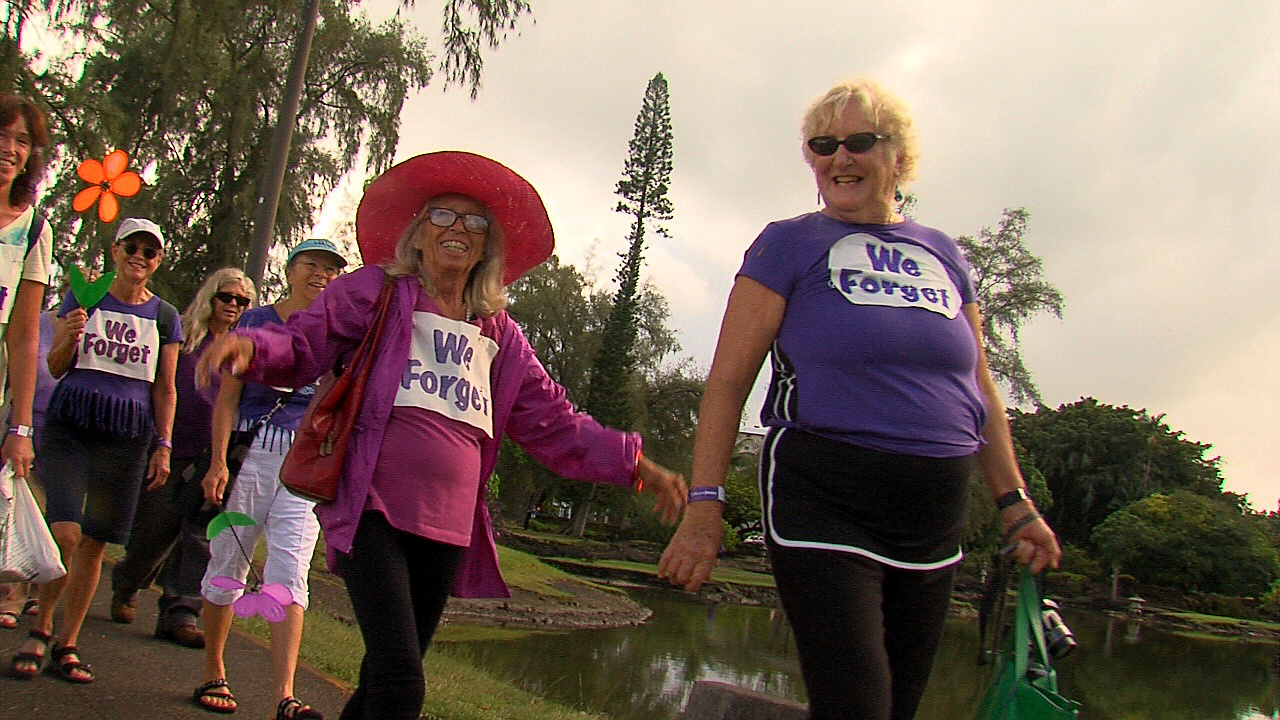 Team “We Forget” walking to End Alzheimer’s on Saturday morning in Hilo.

(BIVN) – Hundreds took part in this year’s Walk to End Alzheimer’s on Saturday morning at the Queen Lili’uokalani Gardens Park in Hilo.

Participants, including teams from different local health organizations and care centers, took part in an energizing Zumba session before making their way around the scenic grounds. All in an attempt to raise funds to further the care, support and research efforts of the non-profit Alzheimer’s Association.

Organizers say Alzheimer’s Disease is an epidemic. According to the Alzheimer’s Association webiste, one in three seniors dies with Alzheimer’s or another dementia. Its the sixth leading cause of death in the United States.

Of the top 10 causes of death, it’s the only one that cannot be prevented, cured or slowed, the Alzheimer’s Association says. Almost two-thirds of Americans with Alzheimer’s disease are women.

More than 5 million Americans are living with the disease.