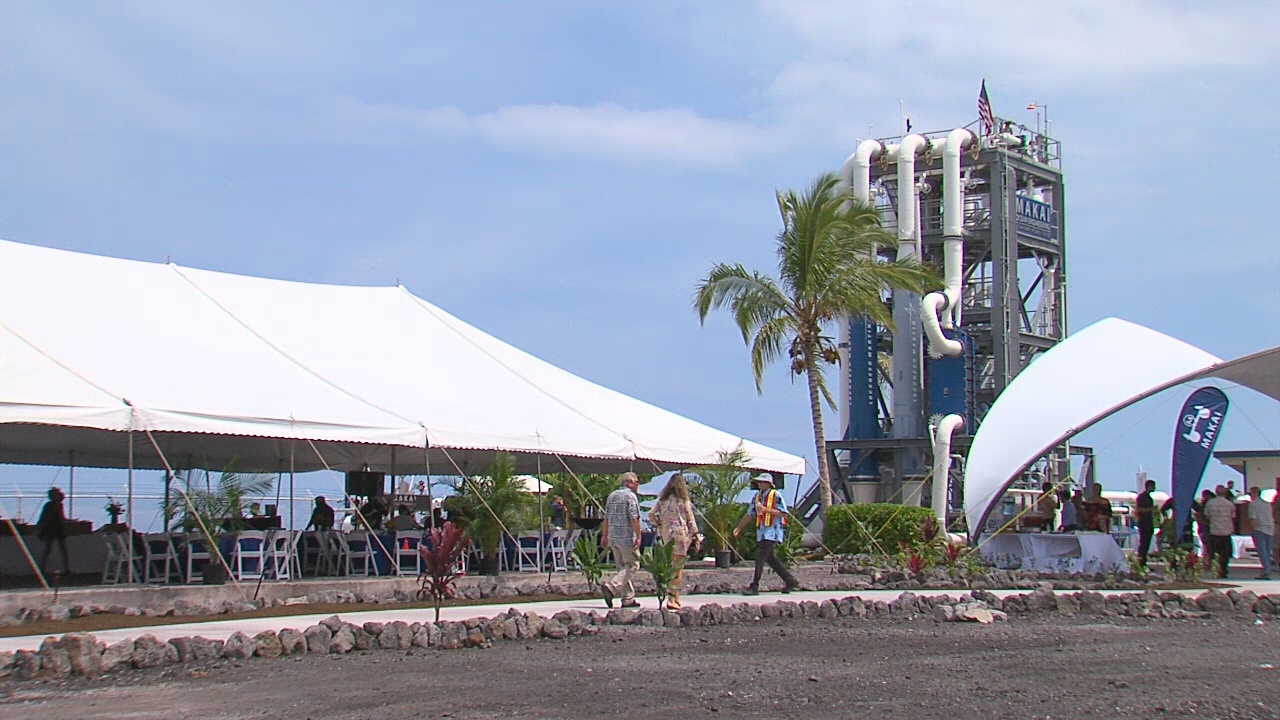 NELHA Companies Get $1.5 Million To Harness “Power of Seaweed”

(BIVN) – Kampachi Farms and Makai Ocean Engineering, two companies with projects at the Natural Energy Laboratory of Hawaii Authority’s Ocean Science & Technology Park in Kona, have been awarded $1.5 million in federal grant money to harness the power of seaweed as potential energy source.

“These grants recognize the innovative work being done in Hawaii to research and develop renewable energy resources,” said Senator Hirono, member of the Senate Committee on Energy and Natural Resources. “This funding will assess the viability of developing seaweed as an energy source, and explore how to use local resources to meet Hawaii’s renewable energy goals.”

Hirono’s office had more in a Friday media release:

Under the grant, Kampachi Farms in Kailua-Kona received $500,000 to develop an offshore seaweed production farm and test harvesting techniques for future use in renewable energy production.

“Marine agronomy – the culture of limu (seaweed) in oceanic conditions – offers potential for increased production of food, feeds and fuel,” said Neil Sims, co-founder and chief scientific officer of Kampachi Farms. “Using the power of the ocean’s primary production, we can increase availability of healthful food for people, feeds for fish and other animals, and biofuels for a carbon neutral planet, with minimal use of land, freshwater or artificial fertilizers. Offshore culture of limu connects innovative aquaculture with Hawaiian culinary traditions. It also offers – in our estimation – the only possible means of harnessing entrepreneurial resources to create incentives for countering ocean acidification.”

In addition, Makai Ocean Engineering in Honolulu will receive $995,978 to create a model that simulates the ocean to help researchers determine the proper design and estimate costs of offshore seaweed farming systems.

“Makai is thrilled to be selected for award alongside Kampachi Farms by ARPA-E under this innovative program,” said Duke Hartman, vice president of business development at Makai Ocean Engineering. “In addition to advancing the state of the art in macroalgae cultivation, Makai will be strengthening our expertise in technologies with many other applications, such as autonomous and underwater robotics, biological and oceanographic numerical modeling, and offshore engineering. This project builds on our 44 year track record of developing cutting-edge technologies and bringing high-paying, high-tech jobs home to Hawaii for our kamaaina.”

Senator Hirono continues to advocate for ARPA-E funding. Earlier this year, she wrote a letter to the Senate Appropriations Committee urging for continued funding for ARPA-E after the President threatened to slash the program by $20 million in an effort to wind it down.