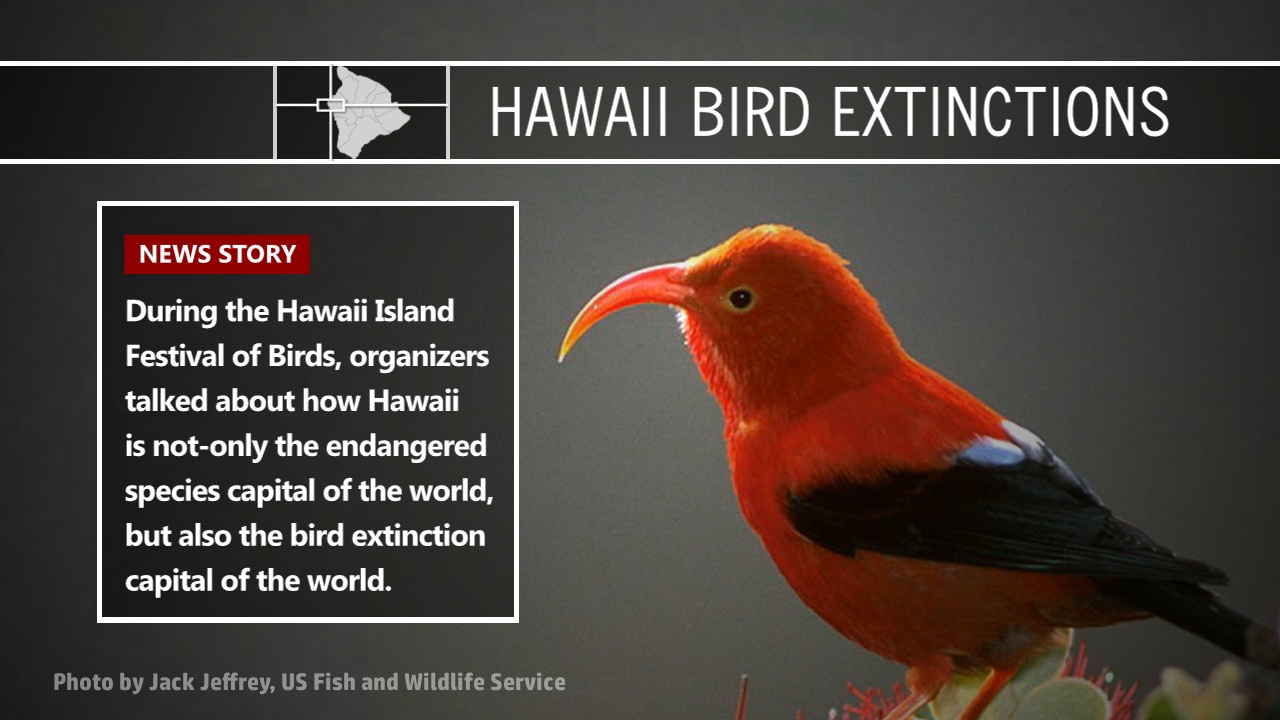 (BIVN) – During the recent Hawaii Island Festival of Birds, organizers talked about how Hawaii is not-only the endangered species capitol of the world, but also the bird extinction capital of the world.

“we want to tell the story about that so that people will care about that,” said festival organizer Rob Pacheco,”and that we can help stop this process, and maybe never lose another bird to extinction.”

In recent years, biologists have come to better understand the historic fragility of Hawaii’s native brids. Paul Banko of the USGS has been studying the extinct creatures throughout his career. Banko addressed the Hawaii County Game Management Advisory Commission a few months ago.

“Flightless birds in Hawaii,” Bank recalled, “In Hawaii, I think we ahd about 8 species of goose-sized ducks that became flightless. As well as flightless geese.”

“We know that prior to the arrival of western culture, Captain Cook, about half the HAawaiian bird species already went extinct,” Banko said, probably because of the rat that came along with early settlers, but also because “some of those flightless probably birds tasted really, really good” and were “really, really easy to catch.”