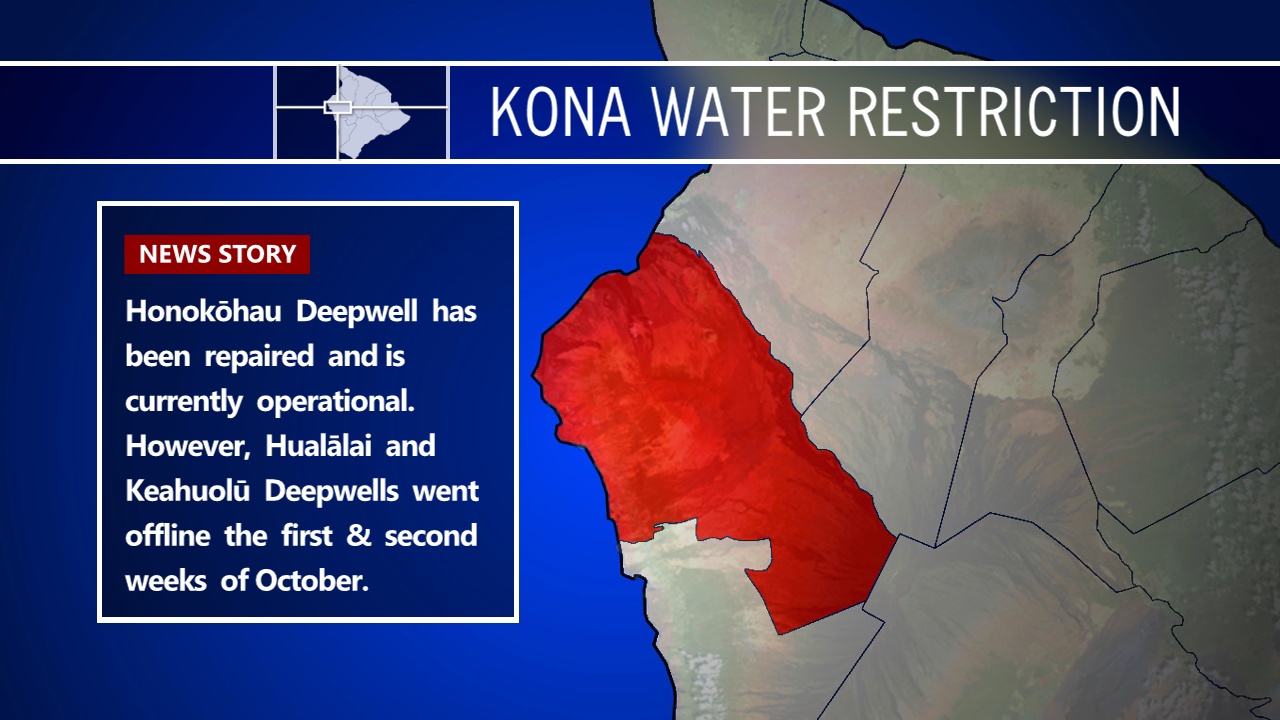 As of mid-October, Honokōhau Deepwell has been repaired and is currently operational. Earlier in the month, the Palani and Hualalai wells were repaired. However, Hualālai and Keahuolū Deepwells went offline the first and second weeks of October, respectively.

At this time, county officials say four of thirteen wells are out of service in the North Kona area, thus the Department of Water Supply’s 25% percent Water Restriction remains in effect.

Kona water tank levels have been and continue to remain stable, officials say.

Its been a tough year for North Kona water customers.

The Department is constantly monitoring the water system and making adjustments as necessary, and officials say they sincerely appreciate the community’s efforts to reduce their water usage.