HAWAII ISLAND - Hōkūleʻa is set to return to Hawaii Island in 2018, from April 14th through May 26, says captain and navigator Kālepa Baybayan. 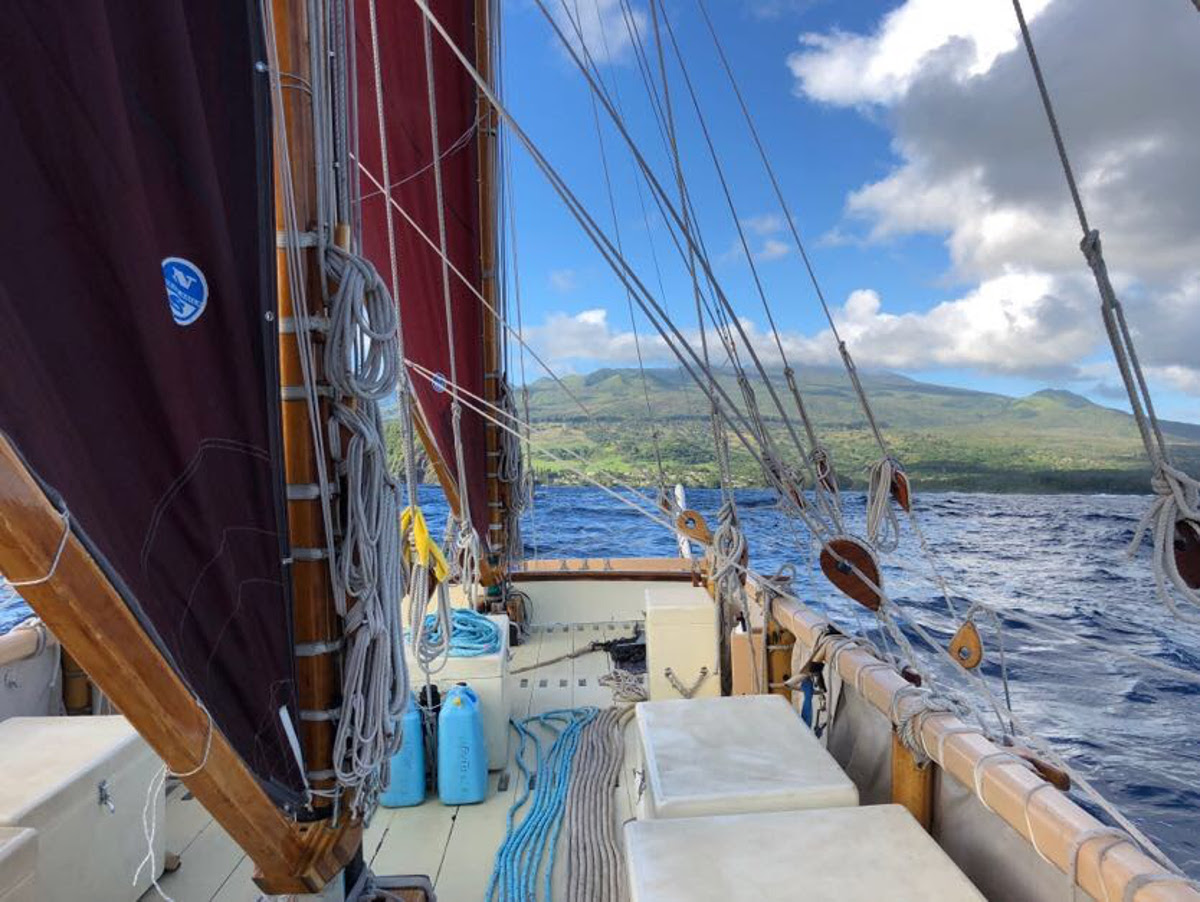 In June 2017, the Hōkūleʻa made a dramatic return to Hawaiʻi. The legendary voyaging canoe just finished its 3-year, 42,000 nautical mile Mālama Honua World-wide Voyage. Thousands cheered the arival at Magic Sands on Oahu.

THOMPSON: “Deeply honored to be here… but believe I’m standing here on behalf of the many, the 300 sailors who knows of handing off what we learned from the great navigators that are over there in the wall.”

The Hōkūleʻa crew then made plans to begin a new sail, around the state. The Mahalo Hawaiʻi voyage would travel to all the islands. But Hawaiʻi Island is still waiting for its chance visit with the iconic canoe. As the months rolled by, plans remained uncertain.

The Hawaii County Council got involved, pledging to provide support for the eventual visit. In October, the ʻImiloa Astronomy Center in Hilo held its 10th Annual Wayfinding Festival. While the Mālama Honua World-wide Voyage was the subject of a special forum at the event, there were still no dates set for the Hōkūleʻa visit to the Big Island.

Finally, on November 14, captain Kālepa Baybayan had the news everyone was waiting to hear.

KALEPA BAYBAYAN: “The stated dates for this project is April 14th through May 26. Originally, they were talking about bringing the canoe here in October. But a meeting of the voyaging leadership on the Big Island thought that there wasn’t enough time for us to plan properly. We really wanted to create a deeper engagement with the local community here.”

He made his presentation to the Hawaii County Council during a committee meeting in Kona.

BAYBAYAN: “Quite frankly, they were just gonna be here for a very brief, one week tour. And that’s not enough time for us guys to invest our time into attempting to organize this. If we’re not gonna do a proper job of engaging our community.

“So, we’re looking at a six-week visit. The program plan is – the focus will be on public canoe tours and community days. Which will be paired with an education and community fair. School field trips, and community groups. About the mission for this statewide sale: it’s a way to thank the community for its support for a three-year around-the-world voyage. Quite frankly, we we couldn’t have done it without the enormous support from Hawaii. It took a lot of funds, a lot of energy, a lot of volunteerism. We have 24,000 school-aged children on this island. Its my hopes that we can get every single school-aged child to visit the canoe, while the canoe is here for the six weeks.

“The schedule right now calls for the canoe to depart Honolulu on April 14. It’s about 60 hours of traveling to get to Hilo. It is probably the – you know, I’ve sailed between Hawaii and Tahiti like 12 different times, and the hardest part of the whole voyage is getting the canoe from Honolulu the Hilo. It is by far the hardest hardest part of the voyage. If you can get the canoe to Hilo, you can do anything. We have three community days scheduled; April 21st, which might extend to April 22nd – and that’s in Wailoa Harbor. May 5th and possibly May 6 and at the Kawaiahae finger pier. And then May 12 and May 13 at Kailua Kona pier, and then the possible other stops will be Milolii and Honaunau. We plan for a May 26th departure and return to some downwind island, I’m not exactly sure where.”

Councilmembers expressed their excitement at the pending visit, even if its still five months away.

SUE LEE LOY, Hawaii County Council: “What I do find incredibly exciting is when you move forward with your meeting with the mayor; kitty-corner to the (Wailoa) harbor where you’re intending to be, is our Kuawa fields, which we hope to have open beginning December. So, that’ll be a really nice staging area, whether it be parking or just – you know – overflow, or maybe even consideration of other activities in relationship to what’s going on in the harbor.”

KAREN EOFF, Hawaii County Council: “Such a deep mahalo and gratitude to you for, well, for being here today and sharing, but mostly for your leadership with Hōkūleʻa and the canoe and Polynesian Voyaging Society. I mean, you’ve added so much positive and inspirational hope into our community.”

DRU KANUHA, Hawaii County Council: “I’m excited that you guys are coming to Kailua. You know, such a rich history. And I was kind of wondering, you know, how you guys would get there because, you know Kailua: no more wind, yeah? So I’m glad you can tow Hōkūleʻa, if no more wind. But definitely looking forward to helping out as much as I can. Coming from Kailua, my family coming from Kailua, you know our family was one of the founders of KaiʻŌpua canoe club,so being part of the canoe clubs that are there – you know, KaiʻŌpua, Kai ʻEhitu, even Keauhou – they all can help out too, in whatever capacity, and we can all work together to have an awesome homecoming for Hōkūleʻa.”