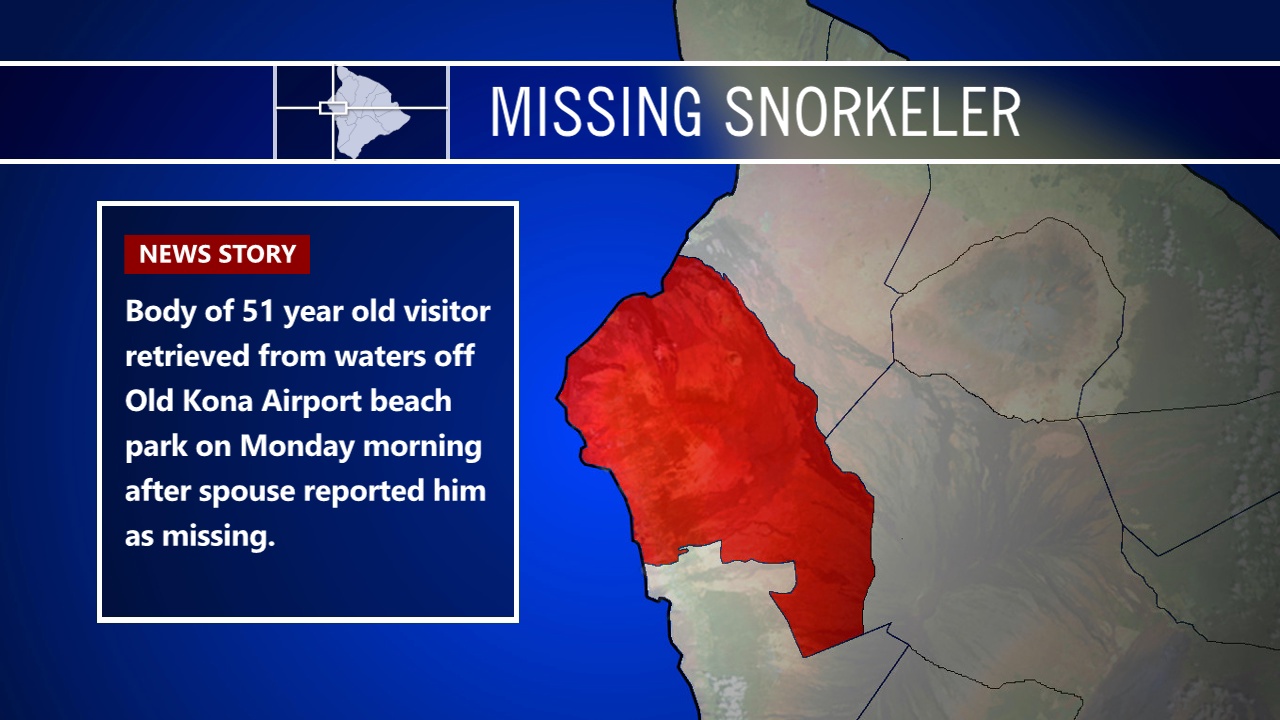 KAILUA-KONA, Hawaii - The body of a 51 year old visitor was retrieved from the waters off Old Kona Airport beach park on Monday morning after his spouse reported him as missing.

UPDATE (5 p.m. HST) – Police have positively identified the man found unresponsive in the water off Kona as Richard Reikowski, of South Carolina.

(BIVN) – The body of a 51 year old man who went missing while snorkeling off Kona was pulled from the water on Monday morning, fire officials say.

The visitor to the Big Island went missing Sunday evening. His wife told rescue crews that he was last seen 3 hours earlier “when he walked north up to the beach to go snorkeling,” and that they did not see where he entered the water. The reporting party searched for the missing man for some time prior to calling 911.

The Hawaii County Fire Department used a rescue boat and a chopper to search the water, while personnel on foot combed the rocky shoreline on foot. The HFD coordinated with the U.S. Coast Guard and County Police.

The search was called off just after 7 p.m. due to darkness and set to resume at first light. According to a fire dispatch, at 1:38 a.m., the fire department notified the Coast Guard that a body was found 1 and a half miles offshore of Kailua Pier. The fire department launched a rescue boat with 3 rescue personnel onboard. The body was retrieved at 2:55 a.m. and transported to Honokohau Harbor where it was turned over to police.

The situation is under investigation by police.

NOTE: This article has been updated with the recent information from the Hawaii Police Department.