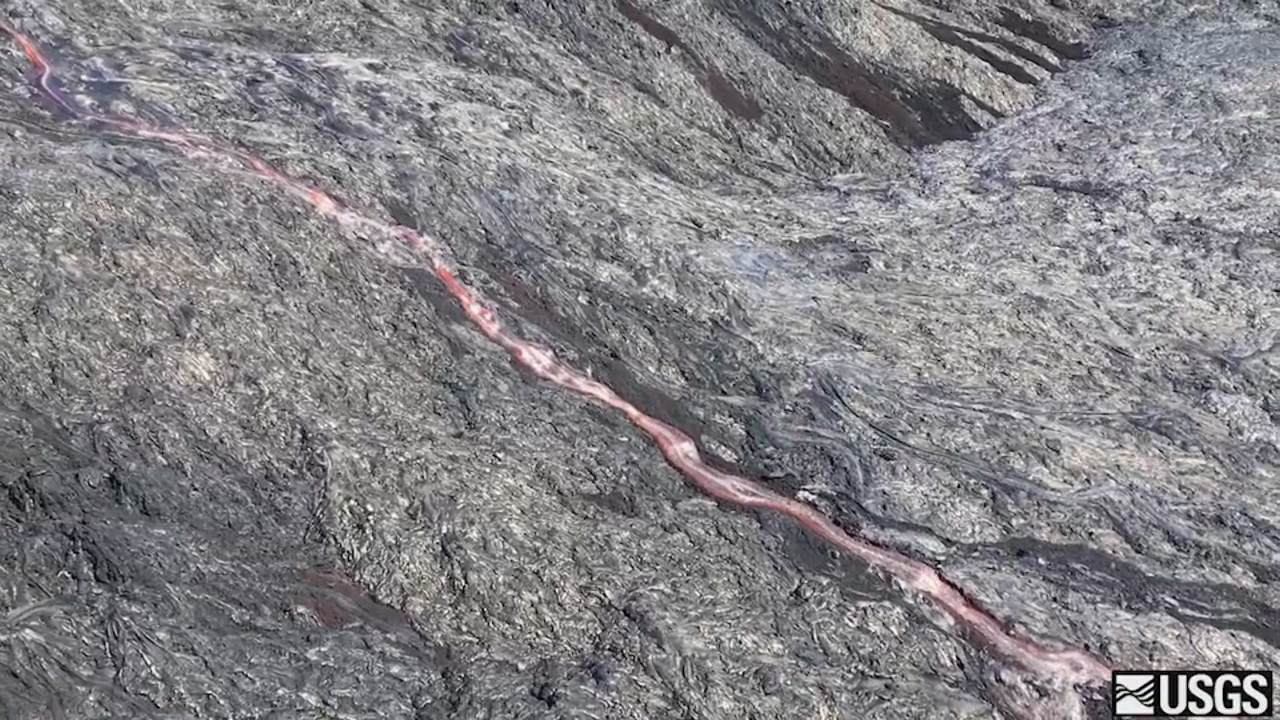 image from video by USGS

On November 22, video of a channelized flow on the pali was recorded. The dramatic breakout was a visual highlight of flow field activity, where the ocean entry appears to have taken a break for the last several days.

Mauna Loa is not erupting, however deformation related to inflation of a magma reservoir beneath the summit and upper Southwest Rift Zone continues, along with small-magnitude earthquakes.