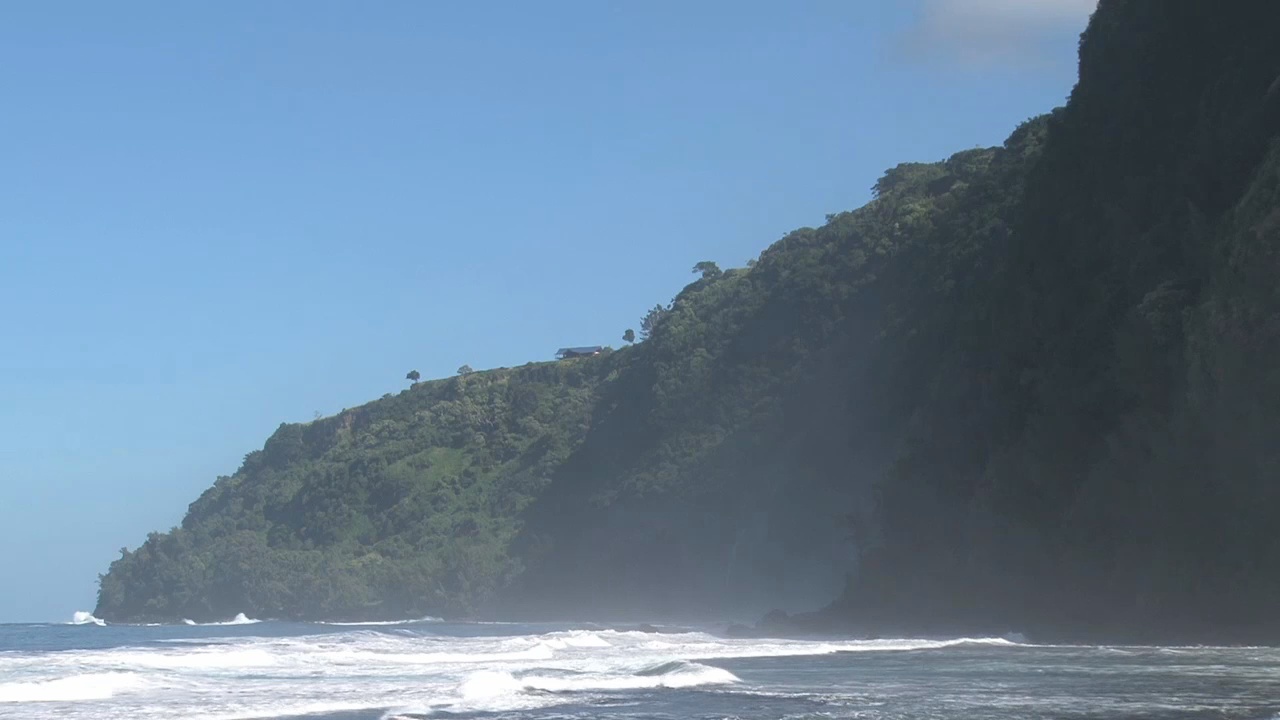 HAMAKUA COAST - Two missing fishermen were found in a precarious spot about 500 yards offshore in the area of the Waipi'o Valley / Honoka'a coastline.

(BIVN) – Two fishermen were rescued Friday morning, 500 yards off shore of the Hamakua Coast in the area of Waipi’o Valley / Honoka’a.

The Hawaii Fire Department says the two missing anglers were first found by a tour helicopter in the ocean off Highway 240. When the county rescue team arrived, they found the victims “in the water clinging to a stick, struggling to stay afloat, while being circled by three large tiger sharks.”

Family members told the rescue crews that the victims had been fishing since Thursday and it appears they were swept out to sea.

The chopper circled the victims in order to maintain contact “attempting to scare off the sharks using aerial maneuvers.”

A second helicopter arrived in time to pull the fishermen out of the water using a Billy Pugh basket. They were then brought to shore with minor injuries. The victims told the rescue team that they had been swept out to sea late yesterday afternoon, apparently spending the night in the ocean.