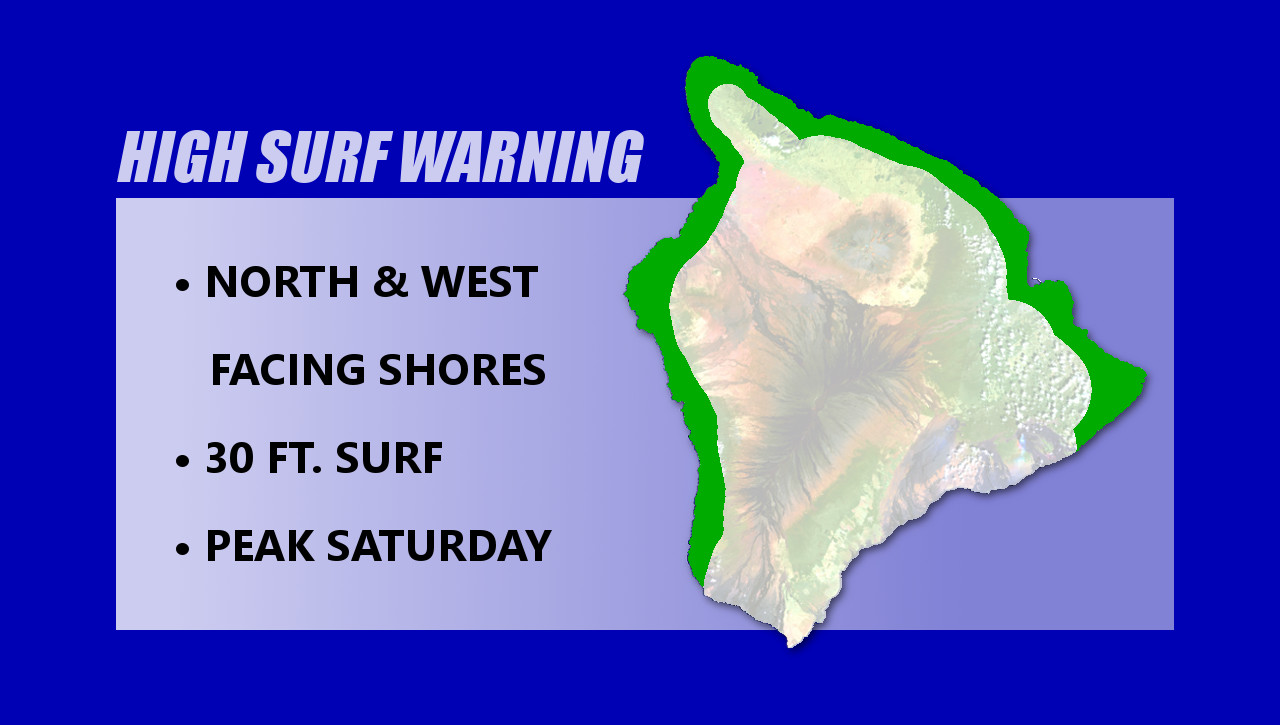 (BIVN) – The National Weather Service in Honolulu has issued a High Surf Warning for north and west facing shores of Hawaii Island, which is in effect until 6 p.m. HST Sunday. A previously issued High Surf Advisory is no longer in effect.

An extremely large, long period northwest swell will build to 20 to 30 feet for north facing shores of the Big Island, forecasters say, adding that the surf “will build to warning levels Saturday afternoon, peak late Saturday night, and hold at warning level through the weekend.”

Large breaking surf, significant shorebreak, and dangerous currents make entering the water very hazardous. Always heed lifeguard advice and know your limits. When in doubt, do not go out. Surf events of this caliber also have the ability to cause coastal overwash and significant impacts to shorelines, especially those already susceptible to erosion. Greatest impacts will coincide with the early morning high tides both Saturday and Sunday mornings.

Due to the High Surf Warning, civil defense says the following are in effect: