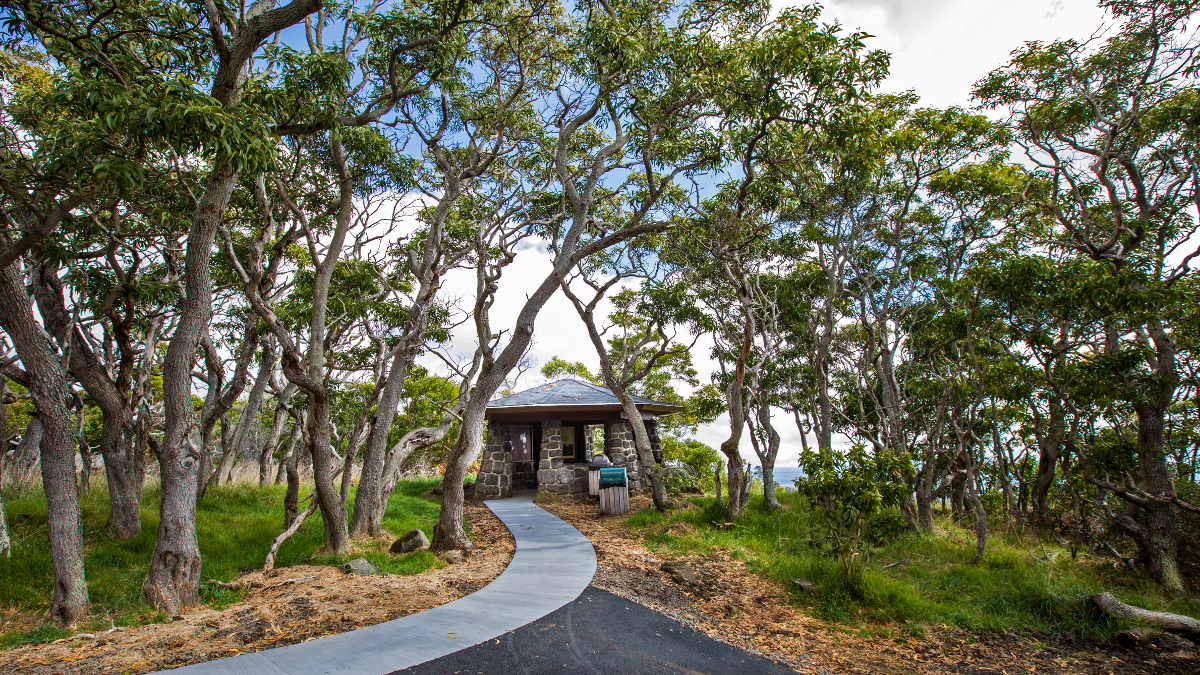 HAWAII VOLCANOES NATIONAL PARK - The gate into the park is closed, and while Highway 11 is still open, access may change without notice, and there are no NPS-provided services.

(BIVN) – The gates into Hawai‘i Volcanoes National Park are closed as of Saturday morning, a surprise aspect of the federal government shutdown that went into effect at midnight.

HVNP posted this to its Facebook page this morning:

Due to the the ongoing eruption of Kīlauea Volcano both at the summit and from the Pu‘u ‘Ō‘ō vent, portions of Hawai‘i Volcanoes National Park are closed for visitor safety. The open areas include Highway 11 through the park; Mauna Loa Road to Kīpukapuaulu (Kīpukapuaulu Trail, the day use area and tree molds are open). Ka‘ū Desert Trail is open to the Footprints exhibit shelter. However access may change without notice, and there are no NPS-provided services.

UPDATE (2 p.m.) – Hawai‘i Volcanoes National Park officials sent an update after noon, reiterating that “hazards associated with the active volcano pose a significant risk to the safety of visitors in the absence of National Park Service staff.” From HVNP:

The hazardous geologic processes and the immediate threats to visitor health and safety necessitate the restriction of access to areas that are volcanically active. These closed areas include the entire summit area of Kīlauea, Crater Rim Drive, Chain of Craters Road and the active lava flow within the park boundary.

Officials are also confirming that backcountry permits will not be issued and overnight camping will not be permitted.

Yesterday, in anticipation of a Senate failure to pass a continuing resolution to keep the government funded, Office of Management and Budget Director Mick Mulvaney told media during a White House press briefing that National Parks “will still be open. They won’t get paid.”

National Parks, including Hawai‘i Volcanoes National Park, closed during the 2013 government shut down.

Sources say the USGS Hawaiian Volcano Observatory, stationed within Hawai‘i Volcanoes National Park, will continue to keep an eye on the eruption. Kilauea Military Camp and the Volcano House have been told to oust guests within 48 hours, sources say.

We may not to see more NPS posts on Facebook for the time being. HVNP says that “during a Federal government shutdown, we do not monitor or update social media.” Park representatives say they will have more information shortly.

We will have more on this situation as information becomes available.

Sherry Bracken contributed to this report.