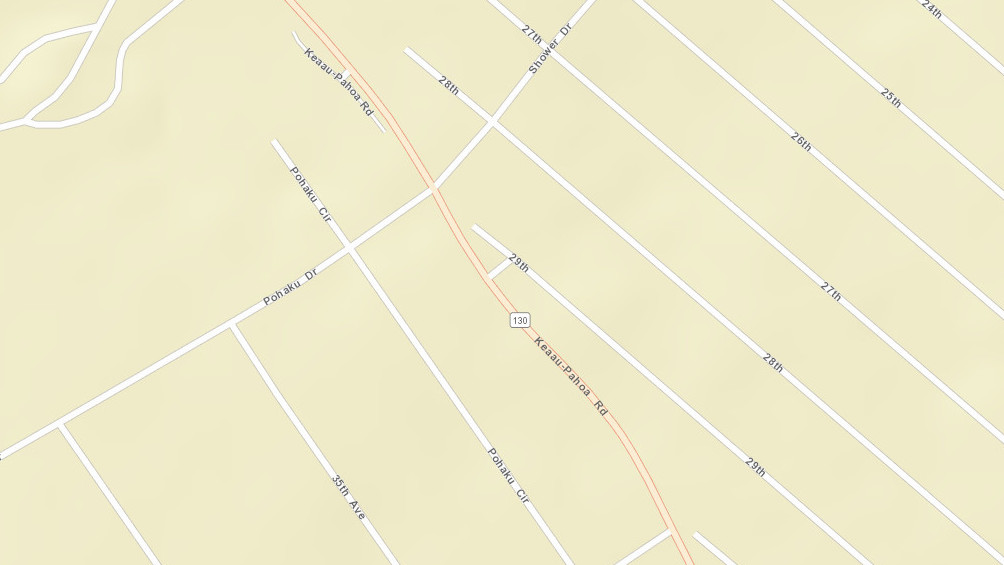 HAWAIIAN PARADISE PARK - On Monday, Feb. 19, the state will enact the left-turn restriction between the hours of 6 a.m. to 8 a.m., Monday through Friday, excluding weekends and state holidays.

UPDATE (5:15 p.m.) – The Hawaii Department of Transportation issued a correction this afternoon. The trial on 29th Avenue will be for a “no outlet” restriction, not a left-turn restriction.

(BIVN) – The Hawaii Department of Transportation is initiating a pilot to improve traffic flow on Highway 130 by restricting access from 29th Avenue, or Poni Moi, in Hawaiian Paradise Park, during peak morning hours.

HDOT announced on Thursday that a left-turn restriction from 29th onto the highway will be put in place between the hours of 6 a.m. to 8 a.m., Monday through Friday, excluding weekends and state holidays. This restriction is effective Monday, Feb. 19, 2018, and will be conducted on a trial basis through the morning of Monday, March 5, 2018.

According to a HDOT media release:

“We are constantly exploring cost-efficient and effective ways to improve our highways system,” said HDOT Deputy Director for Highways Ed Sniffen in a media release. “Hawaii District crews have observed A.M. traffic building in this area due in part to multiple side street connections to the highway. We are limiting access from 29th Avenue as a test to evaluate the benefits and impacts of the restriction.”

The state says signage to notify motorists of the left-turn restriction, as well as traffic control devices, will be placed at the intersection to alert motorists to the trial.

“HDOT would appreciate any comments on this pilot from the community,” the media release states. “Please send comments to DOTPAO@hawaii.gov or call the HDOT Hawaii District at 933-8866 prior to the end of the trial on March 5, 2018.”