(BIVN) – The first of 11 planned community meetings on the the county’s proposed one-half percent General Excise Tax surcharge will be held this evening in South Kona.

The meeting takes place at 6:30 p.m. at Yano Hall in Captain Cook.

County officials are trying to familiarize taxpayers with the proposed 0.5% tax increase, which will be tacked onto the current 4.0% general excise tax, collected by the state, on goods and services. However, all proceeds from the 0.5% surcharge would go to Hawai‘i County for transportation related costs.

The county has the opportunity to enact the tax following the signing of Act 1 from the state’s special legislative session in 2017. The ordinance must be adopted by March 31, 2018.

Hawai‘i County estimates the surcharge will generate $25 million per year, but says that amount could be more, if state calculations hold true.

In addition to the community meetings, there will be at least two more opportunities to offer official testimony on the proposal.

On February 20 at 5 p.m., there will be a Public Hearing in the West Hawaii Civic Center council chambers. This will not be a decision making hearing.

The next day, February 21 at 9 a.m., the bill will be up for first reading before the full Council, which presents another chance for public testimony.

The Council Finance Committee voted to give the bill a negative recommendation on February 6.

Here is the full schedule of community meetings: 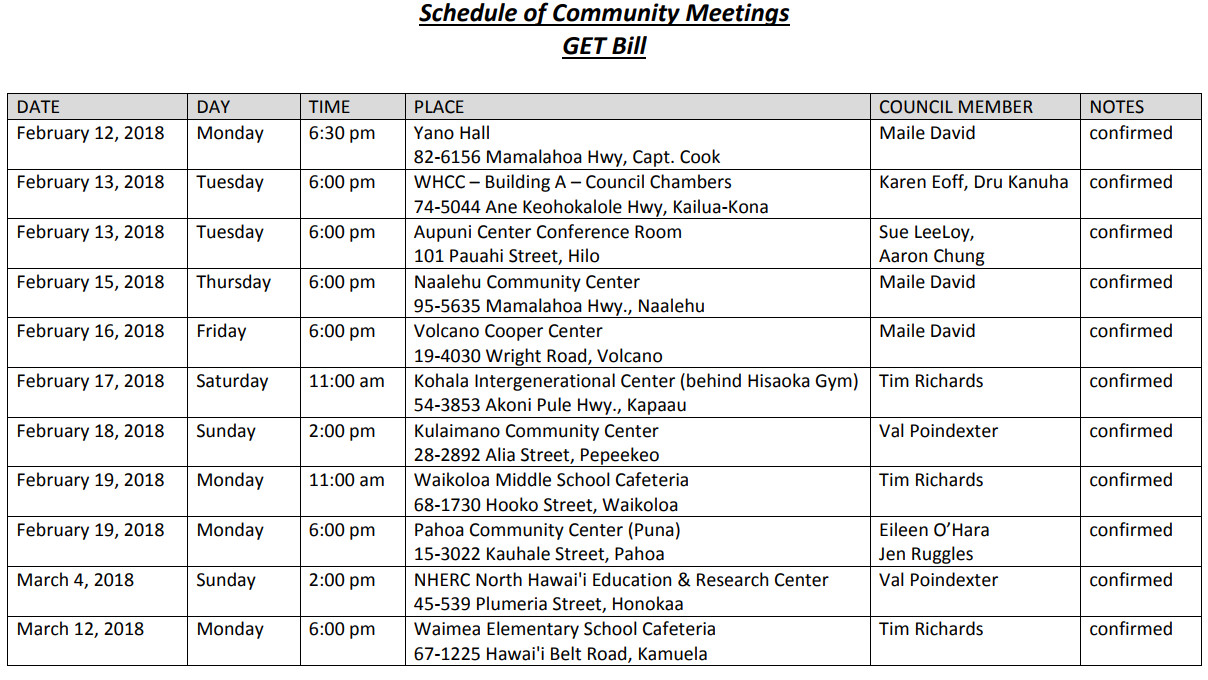