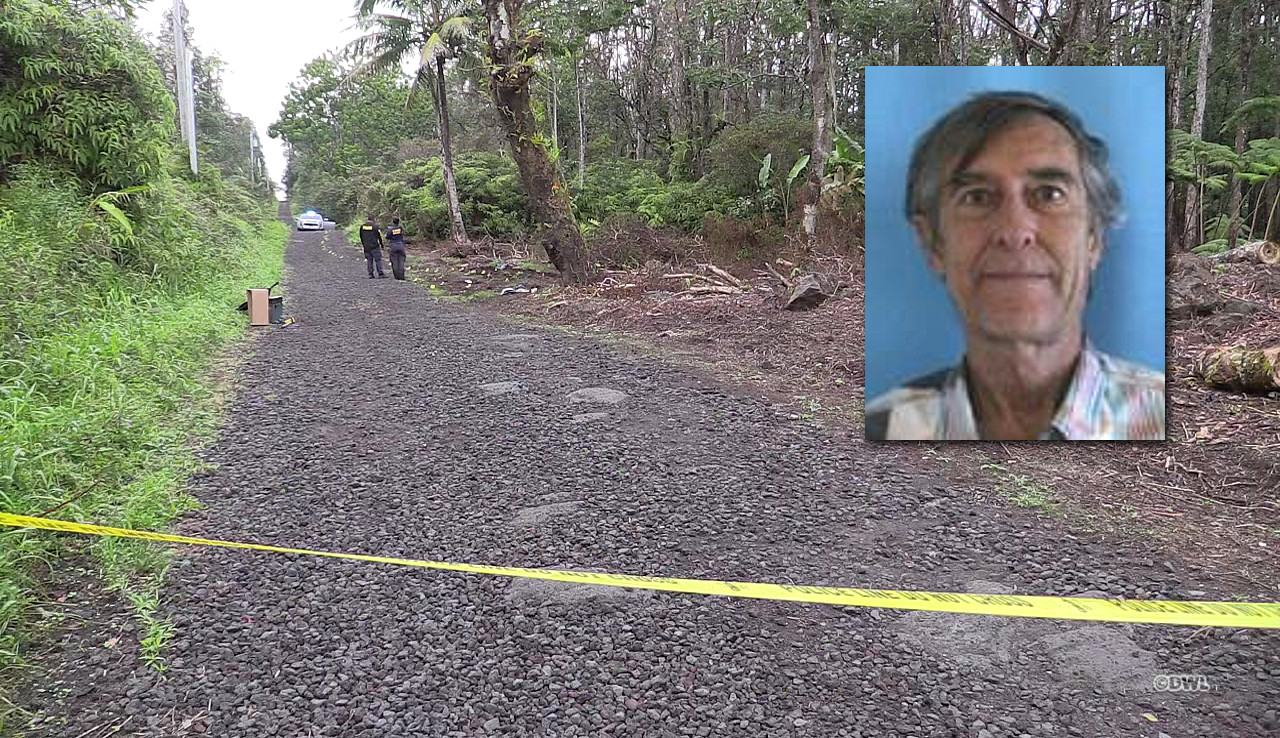 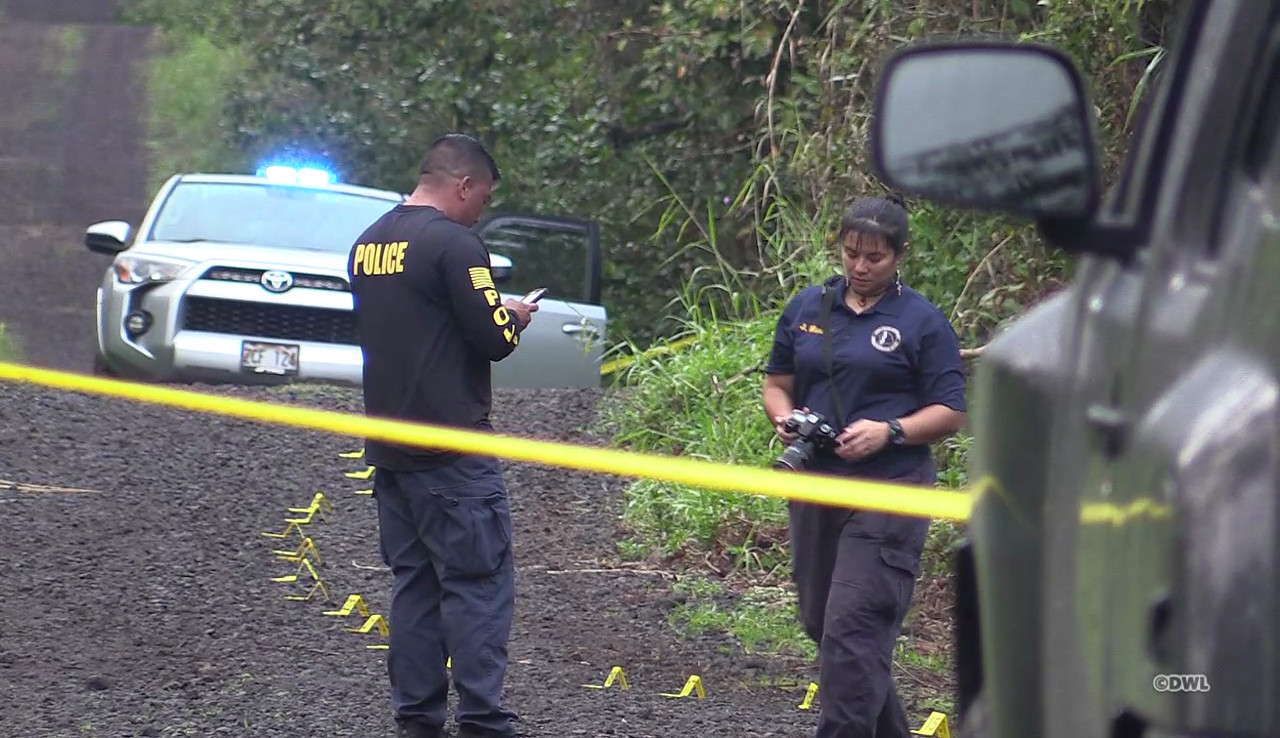 photo of the crime scene by Daryl Lee

(BIVN) – Hawaiʻi Island police have identified the charred remains found within a burnt vehicle this past Christmas day as that of 67-year-old Douglas Vernon Don of Kalapana. Police say the identification was made via DNA.

Douglas Vernon Don was previously reported as missing. On December 29, 2017 police issued a media release saying that he was known to frequent the lower Puna area and was last heard from on Friday, December 23.

Today’s media release had the details on the Christmas Day discovery, which has been classified as a murder.

At approximately 10:00 a.m. Monday morning (December 25), police and fire units responded to a side road off 39th Avenue near Pohaku Drive in the Orchidland subdivision to a reported vehicle engulfed in flames. After dousing the flames, firefighters observed burnt human remains in the vehicle. Investigators were unable to immediately identify if the remains are that of male or female.

Police have reason to suspect that this incident is related to evidence located at another property, also on 39th Avenue, but near Auliʻi Drive. Detectives with the Criminal Investigation Section are continuing the investigation.

Anyone who may have information about this incident is asked to call the Police Department’s non-emergency line at (808) 935-3311 or Detective Kayne Keli’i at (808) 961-2378 or Kayne.kelii@hawaiicounty.gov.