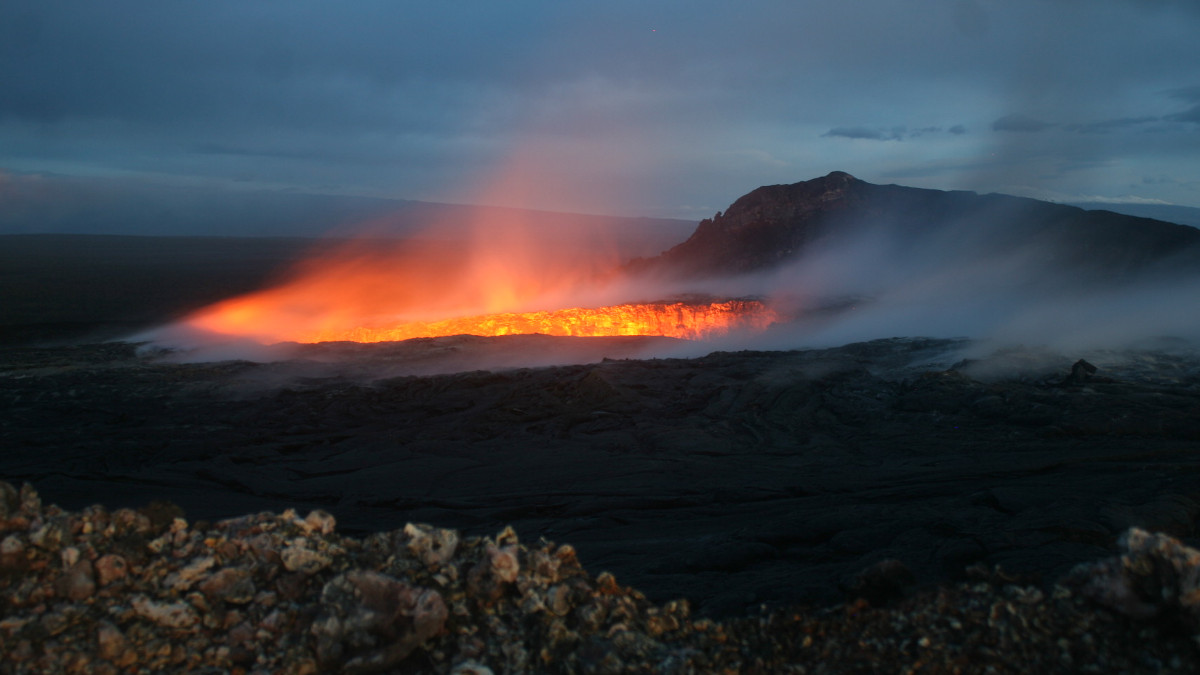 HAWAII VOLCANOES NATIONAL PARK - There have been several active breakouts and lava channels on the Pulama pali over the past few days, and a collapse has been recorded in Pu'u O'o. 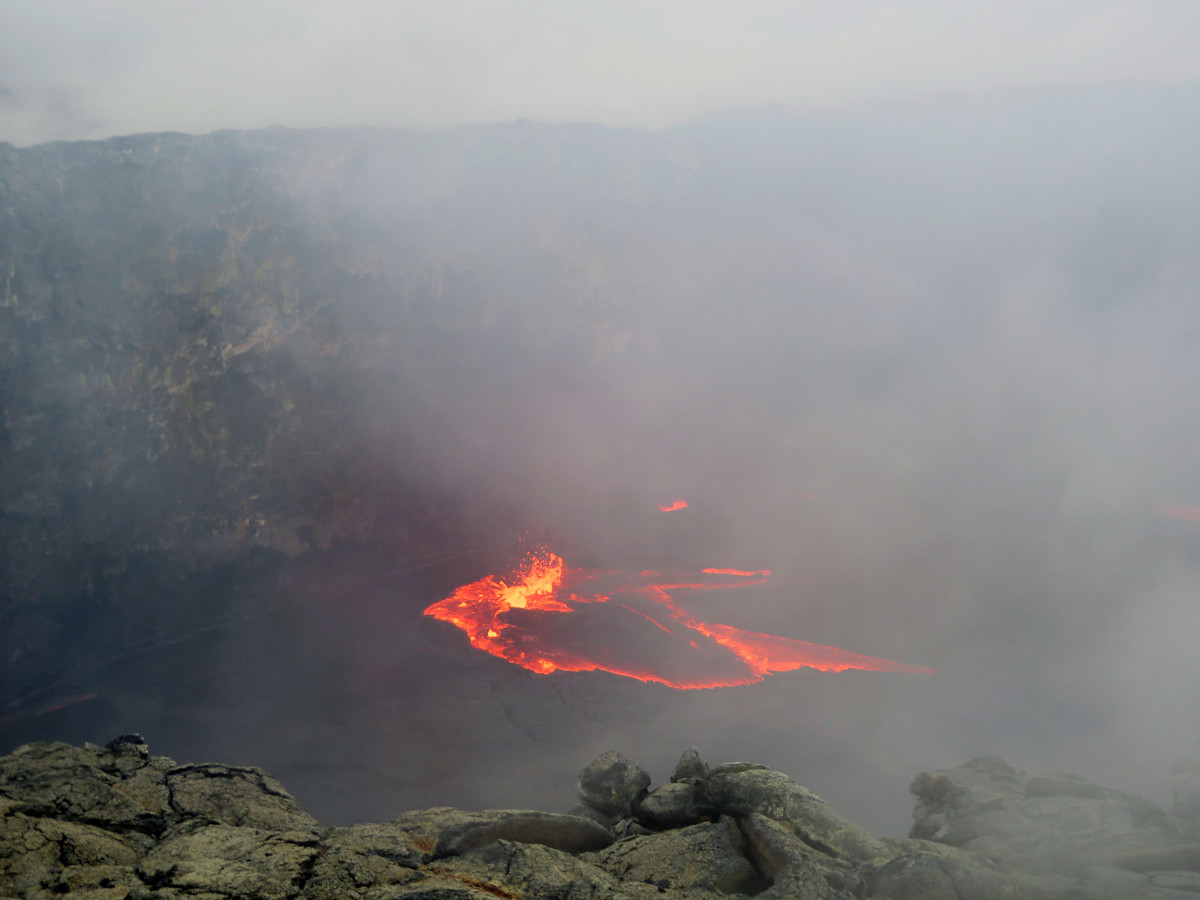 (USGS) A telephoto image of the spattering lava pond contained within the west pit at Pu‘u ‘Ō‘ō. Wind-blown gas and steam reduced visibility.

On February 10 at 8:21 in the morning, a large portion of the northeastern rim of the west pit in Pu’u O’o collapsed. Prior to and during the rim collapse, the adjacent ground also subsided. 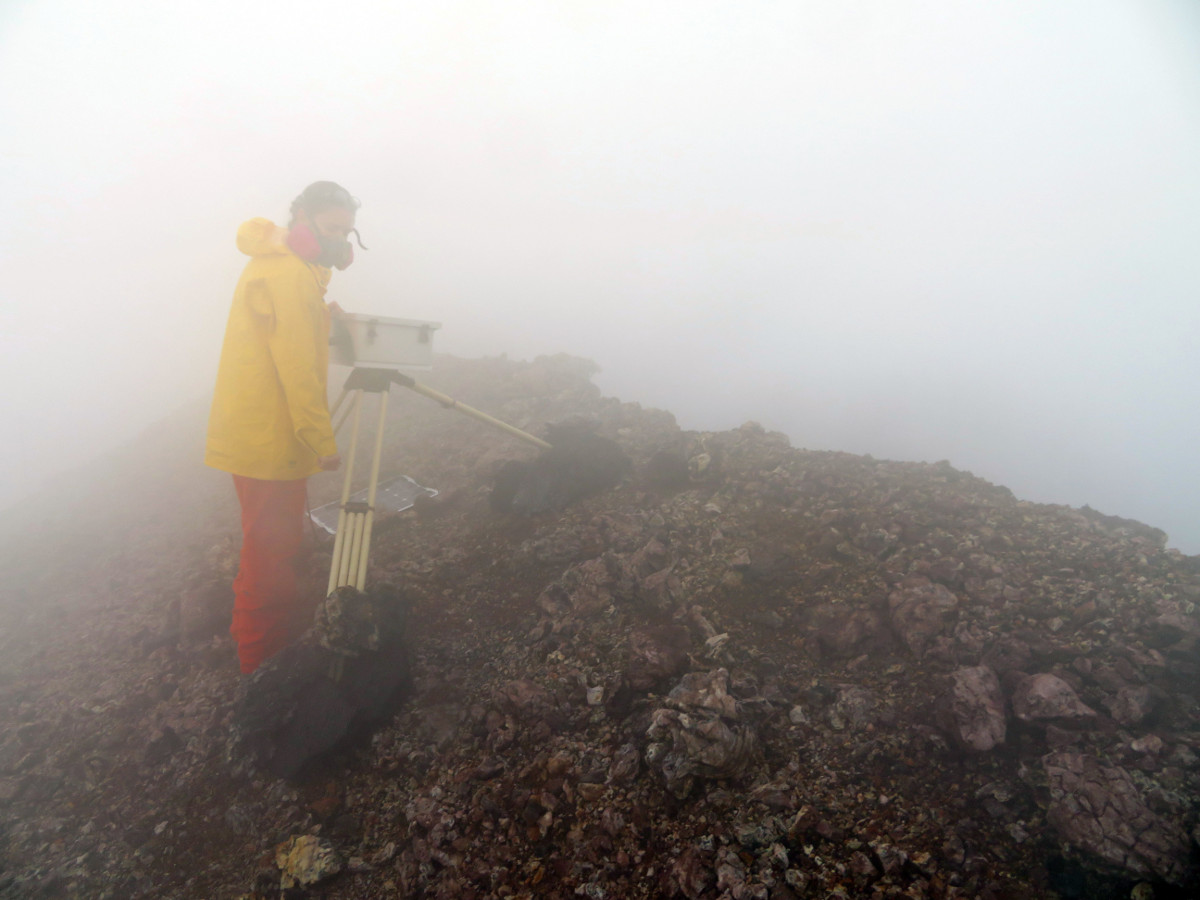 (USGS) On the south rim of Pu‘u ‘Ō‘ō, on Kīlauea’s East Rift Zone, an HVO geologist surrounded by thick steam and gas performs regular upkeep to the west pit time-lapse camera. This camera was relocated again at the end of January due to continued subsidence and instability in its previous location.

There have been several active breakouts and lava channels on the Pulama pali over the past few days.

No lava is flowing into the ocean, and the ongoing flows do not pose any threat to nearby communities at this time.

USGS also produced a new map of the flow field: 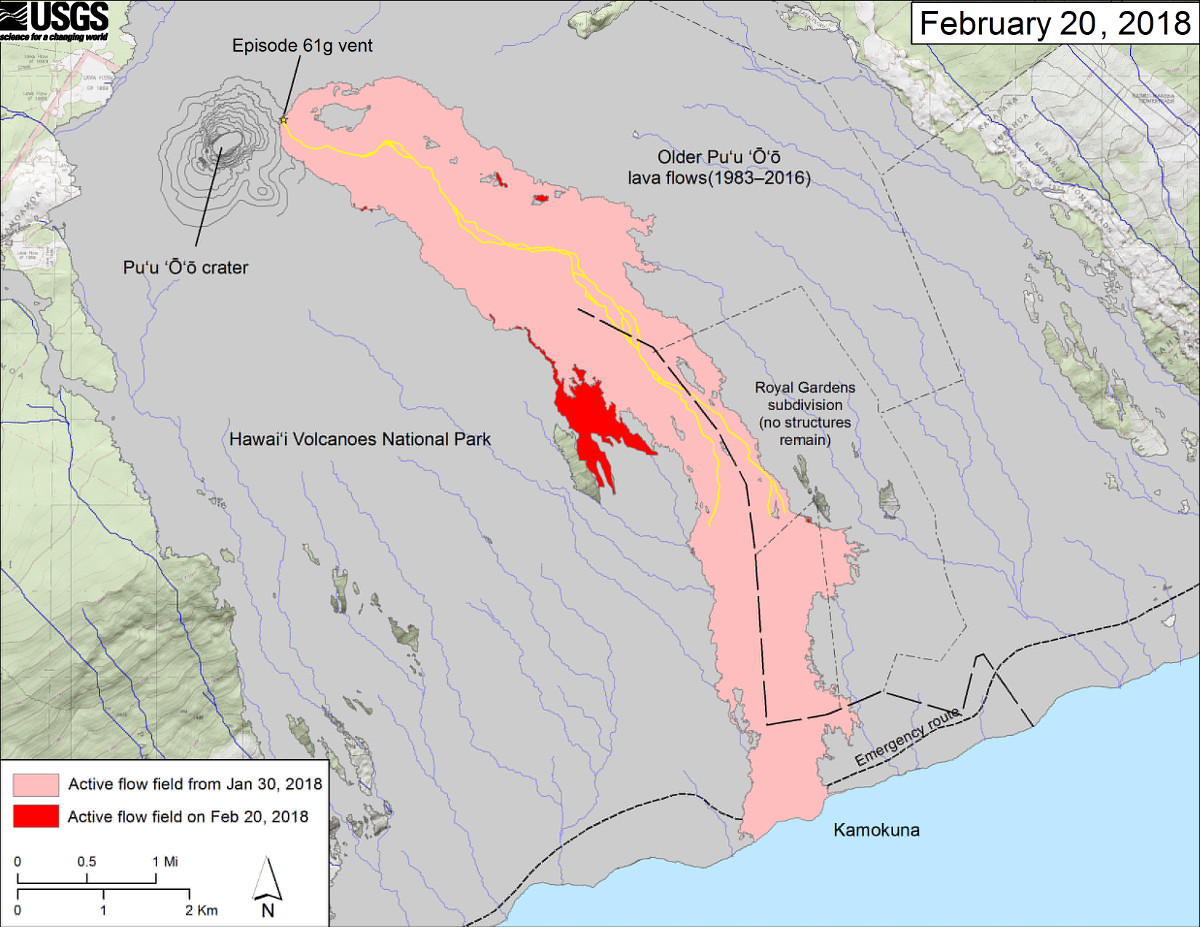